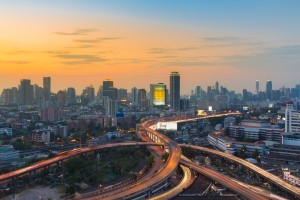 The plan outlines 78 recommendations which, if implemented, can result in the average Australian household being almost $3000 better off each year by 2040.

Infrastructure Australia Chairman Mark Birrell said Australia can get the infrastructure it needs and improve living standards and productivity, if it acts now to introduce nation-shaping reforms.

“Our plan sets out 78 recommendations for reform and provides a vision and roadmap to address today’s infrastructure gaps, and set us up to meet the challenges of tomorrow,” Mr Birrell said.

In developing the plan, Infrastructure Australia has prioritised the user—the commuter waiting for a train, the family paying their electricity bill and the business looking to capitalise on overseas markets.

The plan recommends reforming the funding and operation of transport infrastructure, completing the national electricity market, improving the quality and competitiveness of the water sector and delivering a telecommunications market that responds to user demand.

“By completing the major reforms to infrastructure markets the average Australian household will be almost $3000 better off every year.” Mr Birrell said.

“The Priority List is ultimately a platform for better infrastructure decisions—it provides rigorous, independent advice to governments and the public on the infrastructure investments Australia needs.”Mr Birrell said.

The list reflects a consensus of submissions provided from State and Territory governments, peak bodies and the community, filtered through the independent and objective lens of IA’s Board.

Alongside these projects are initiatives for the future, including protection of the corridors for High Speed Rail and new ring roads around Melbourne and Sydney.

To create the incentives for change, the plan recommends linking Commonwealth payments to State and Territory governments for infrastructure, to the delivery of national reform objectives.

“Some of the ideas will be tough to progress, but let that all be part of an open public dialogue about the infrastructure people want, the outcomes it should deliver and the best ways to plan and pay for it.

“The public policy changes and major projects in the 15-year Plan, once delivered will drive our nation’s prosperity and maintain our quality of life,” Mr Birrell said.