Leasing the Port of Melbourne Victorian Treasurer Tim Pallas has launched the formal transaction process for the 50-year lease of the Port of Melbourne. 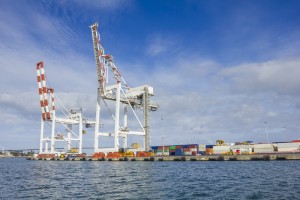 The proceeds of the lease will go towards key infrastructure initiatives across the state including the removal of 50 dangerous level crossings.

“The lease will make our port even better, increasing efficiencies and competitiveness, and will reinforce Victoria’s position as the freight and logistics capital of the nation,” Mr Pallas said.

“We’re moving to market quickly because of the strong bidder interest in the Port of Melbourne and we’re confident the lease will deliver significant, long-term economic benefit to Victorians.”

The first step in the leasing process involves the submission of expressions of interest, from which a shortlist of qualified parties will be created.

The parties will then be invited to submit final proposals for the Port.

A new $200million Agriculture Infrastructure and Jobs Fund will also be established, as part of the Labor Government’s focus on rural and regional Victoria.

This will drive economic growth in the region, boost exports and support Victorian farmers from paddock to port.

The Delivering Victorian Infrastructure (Port of Melbourne Lease Transaction) Bill 2015, was passed by the Victorian Parliament on 10 March 2016.

Morgan Stanley and Flagstaff Partners are the State’s Financial Advisers for the Port of Melbourne lease transaction.

The Government expects to announce a preferred leaseholder before the end of 2016.