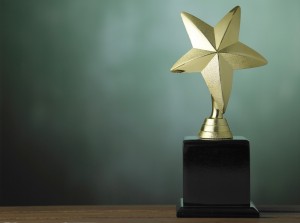 Sydney Airport’s Managing Director and Chief Executive Officer Kerrie Mather won the award and has been recognised for her career-long leadership.

The awards are organised by the Infrastructure Partnerships Australia (IPA) and IPA Chief Executive Brendan Lyon said, “Kerrie is the most senior woman in the ASX top 50 and has led infrastructure projects and businesses across her career, making her a stand-out for the Women’s’ Leadership Award.

“Kerrie has been judged as the sector’s female leader of the year, because she has carved out a very significant career at the very top of infrastructure.

“As the head of Sydney Airport, Kerrie leads a multibillion dollar business that is a fundamental driver of national economic performance.

“Her role on major infrastructure deals as an investment banker and advisor has seen her work across a range of sectors and right across the globe.”

Mr Lyon said infrastructure is often seen as a male-dominated industry, and yet the biggest two infrastructure businesses in NSW – the port and airport, are both run by female CEOs.

“The national infrastructure sector congratulates Kerrie Mather for her ongoing leadership in the sector, and for her selection as the recipient of the Women’s Achievement in Infrastructure Award,”
Mr Lyon said.