The Federal Government is contributing $32million to the construction of two new bridges at the Wilton River and Roper River crossings in the Northern Territory, including associated road upgrades. 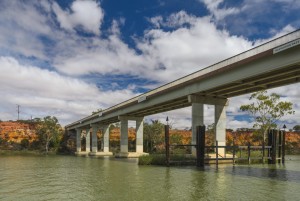 Flood immunity works have begun on Roper Highway, as part of the Regional Roads Productivity Package under the Infrastructure Investment Program.

Sitzler will manage delivery of the project and will focus on increasing indigenous employment through the release of small works packages aimed at Indigenous Business Enterprises and local contractors.

Northern Territory Minister for Transport Peter Chandler said, “In addition to the construction of high level bridges over the two crossings, 7.3km of approach roads will be reconstructed including a realigned section of the Roper Highway.

“The Roper Highway is a key road in the Northern Territory road network, linking cattle stations to domestic and international markets as well as access to the East Arnhem tourism region and to the mineral rich Roper Gulf region.

“During the wet season, the crossings are prone to flooding, making the highway impassable for a significant portion of the year.”

Mr Chandler said the project will improve access to the local communities, such as the Ngukurr and Numbulwar communities by reducing closure time at the crossings during the wet season.

“Traffic on the Roper Highway has increased at six per cent a year over the past decade and these flood immunity works will deliver the much needed infrastructure to benefit remote Indigenous communities as well as help to build a prosperous economy,” Mr Chandler said.