Construction has begun on the $620million Darlington Upgrade Project, which will upgrade more than three kilometers of major roadway in South Australia. 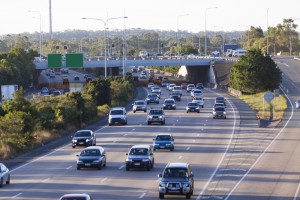 As the next stage of the North-South Corridor, Federal Major Projects Minister Paul Fletcher said the project will support around 370 jobs a year during major construction.

“The project also includes a free-flowing interchange at the Southern Expressway. Moving freight and commuters more efficiently along the North-South Corridor will drive economic growth and boost productivity to help build the South Australian economy.

“This project will also make Adelaide an even better place to live and work, by improving access to the growing southern suburbs and Fleurieu Peninsula.”

The major contract for the project was awarded to Gateway South, a joint venture between Fulton Hogan and Laing O’Rourke, in December 2015, when the Australian and South Australian Governments announced the project would be extended by one kilometre.

South Australian Transport and Infrastructure Minister Stephen Mullighan said the project was being conducted in line with the State Government’s Industry Participation Policy, meaning local South Australian businesses and workers will benefit most from this major project.

“Gateway South is committed to the South Australian Industry Participation Policy and will provide full, fair and reasonable opportunities for industry to participate in the Darlington Upgrade Project,” Mr Mullighan said.

The Australian Government will contribute $496million for the Darlington Upgrade Project and the State Government $124million.

The project is expected to be completed by the end of 2018.