Legislation to establish a $5billion Northern Australia Infrastructure Facility (NAIF) in Cairns has been passed in Parliament. 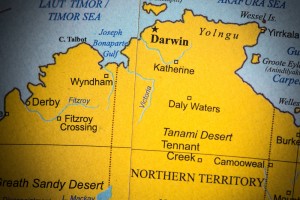 The NAIF is an initiative outlined in the Northern Australia White Paper, which sets out the Government’s development plan to unlock economic and population growth opportunities across the north.

“This will create jobs, enhance investment, and unlock the full potential of this vibrant region to grow the northern Australian economy,” Mr Frydenberg said.

After detailed consideration and strong representations from the Member for Durack, Melissa Price, the Government has also extended the coverage of the facility.

The facility will now include the wider areas of Exmouth and Carnarvon and the local government shires of Meekatharra and Wiluna, in Western Australia.

Minister for Northern Australia, Senator Matthew Canavan said, “The Northern Australia Infrastructure Facility continues the legacy of other great nation building initiatives that Australian governments had taken in the past, like the Snowy Mountains scheme and interstate railways.

“The Commonwealth Government, in partnership with state and territory governments and the private sector, has over our history done a lot to develop specific areas of our country and left a great legacy for future generations.

“The NAIF builds on this tradition. It will play an important part in providing basic infrastructure across northern Australia for new investment, creating more jobs,” Mr Canavan said.

“We have chosen an outstanding board with extensive experience and expertise across a range of sectors and skills,” Mr Frydenberg said.

“They are also knowledgeable and passionate about the opportunities and challenges we face in developing Australia’s north and now, with the $5billion Northern Australia Infrastructure Facility, they have an important opportunity to turn the Government’s vision into a reality.”

Ms Sharon Warburton (WA) has been appointed Chair designate of the board and from July 2016, she will be joined by:

These board members bring a strong understanding of northern Australia along with extensive experience in their respective fields, including in infrastructure, government, finance, and the law.

Ms Warburton will immediately begin working with the Department of Industry, Innovation and Science and the Export Finance and Insurance Corporation to identify a pipeline of potential projects to ensure decisions on project finance can be made following the establishment of the facility.

The board’s investment decisions will be governed by an Investment Mandate.

Following the release of a draft mandate for public comment in March 2016, consultation took place with more than 75 stakeholders, including financiers, project proponents, construction and infrastructure sector experts, Indigenous organisations, and the Queensland, Western Australian and Northern Territory Governments.

Non-mandatory Criteria
The proposed project is seeking financing from the Facility for an amount of $50 million or more
The project has been identified through a previous Commonwealth, State or Territory assessment process, pipeline, or priority list.