Value capture: is that a light at the end of the tunnel? The private sector is championing the value capture story, and pushing the government to climb aboard.

The proponents this time are private sector Australian and international corporates. Big business is now willing to share both the benefits and the costs of major public infrastructure investments on the proviso that governments introduce legislative reform to make room for more equitable and market-based value capture funding arrangements.

These private sector proposals are significant, and include:

While governments often move slowly and cautiously when considering new funding initiatives, the reluctance of federal and state agencies to make progress on funding reforms has been particularly persistent.

This flies in the face of the weight of evidence from Australian government-funded studies, commissions and business cases, combined with a long list of successful overseas projects that provide a compelling case for this funding method.

Arguably the Commonwealth’s Smart Cities Plan has provided the catalyst for the recent flurry of private sector interest in value capture.

The plan, released by the Federal Government in April this year, promoted value capture as a supplementary funding source for major transport and urban renewal projects.

According to the plan, “value capture can accelerate infrastructure investment alongside urban renewal, and deliver benefits for households, governments, businesses and developers”.

With the clear indication in the plan that future federal funding could be dependent on value capture, a number of forward-thinking developers have put forward proposals incorporating this method.

With the federal election behind us, it’s time to revisit what value capture is, what it can do, and what we should look for in future government funding policies. 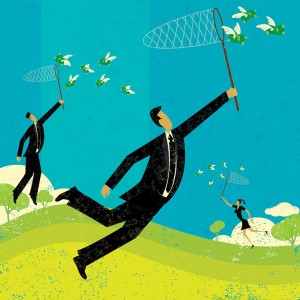 Value capture is not a new tax – it simply captures and shares some part of the uplift in tax revenues or land values which result from well-conceived and implemented public projects.

At a basic level, value capture methods are designed to monetise and internalise the benefits of public investments, allowing public agencies to tax the direct beneficiaries of their investments.

This means that some portion of the public tax revenues and property value increases that occur due to the public’s investment in, say, a new railway station, are pledged (“hypothecated”) to help pay for the station development.

Contrary to what its detractors say, value capture does not introduce a new tax.

It simply captures and shares some part of the uplift in tax revenues or land values above “business as usual” revenues, which result from well-conceived and implemented public projects.

The concept is founded on the principle that users and beneficiaries should pay their fair share of the cost of infrastructure that they benefit from.

The graph below illustrates how these revenues increase over time as a result of well-planned capital improvements. A portion of this incremental revenue is then earmarked to help pay for the project.

Value capture and other funding options

The distinction between value capture and other funding methods has been lost or misunderstood in numerous instances in Australia.

For example, the Gold Coast light rail project is sometimes described as using a value capture funding model because it applies a $110 per annum transport levy on all residential properties as a partial funding mechanism.

There are wider economic and community benefits that make levies worthwhile if they are used judiciously.

It just means that the Gold Coast levy isn’t a true value capture method and doesn’t result in or capture uplift in value in every instance that it is applied. The Gold Coast transport levy is simply a new tax to pay for transport infrastructure.

This distinction is important because all stakeholders acknowledge the need for new infrastructure investment, but some groups object to new measures to pay for it.

Conversely, the Property Council of Australia and the Urban Taskforce staunchly oppose value capture due to the fear that it will be misapplied by local and state governments.

However, taking this funding method completely off the table could result in otherwise worthwhile projects being rejected due to a misunderstanding of how they could be funded.

Unfortunately, the flip side of the value capture debate rarely gets adequate scrutiny- when a small group of property owners and developers reap a windfall created by public infrastructure projects and land rezoning.

The rezoning of the old industrial area of Fishermen’s Bend in Melbourne, recently reclassified for residential and commercial uses is one example of this.

The rezoning was approved without a mechanism in place to share some portion of the resulting land value uplift to help pay for the planning and infrastructure needed to realise the site’s full potential.

This is just one of many examples of homeowners pocketing two and three times the market value of their bungalows because of the happy coincidence of a new public transit project in their area.

Increasingly, many stakeholders are rightfully questioning the equity of current infrastructure funding arrangements. Value capture methods provide ways of balancing the benefits and costs of public infrastructure investments among users, the general public and unintended beneficiaries.

Value capture methods are being used in the UK, North America and Asia to help build transformative public projects without impacting the end value of subsequent residential and commercial developments.

Australia could also benefit from this funding method.

For example, a 2016 study by LUTI Consulting1 analysed the value created by transportation and urban renewal projects within the Sydney metropolitan area from 2000 to 2014.

The study found that the average increase in land value within a rail station catchment in Sydney was 4.6 per cent, but reached 48 per cent around the Epping to Chatswood rail extension due to better integration of land use, urban design and transport infrastructure.

The findings support the principles advocated in the Federal Government’s Smart Cities Plan, which call for proactive measures to better integrate land use and transport planning. Australia lags other advanced economies in adopting innovative funding arrangements that are being used successfully in other countries.

In its 2016 report on Australia’s economic future, Council for Economic Development of Australia (CEDA) called on Australian governments to “involve innovative mechanisms for increasing the potential for private beneficiaries to contribute to [infrastructure] costs (on the user pays principal), in particular using value capture mechanisms2 Value Capture Roadmap3, a publication by Consult Australia and AECOM, identifies key success factors for Australian value capture programs, including:

However, well-planned and delivered infrastructure creates value that can and should be used to help offset the public’s cost of delivering it. Value capture provides a means of leveraging public investment to help close Australia’s infrastructure funding gap, and not increase the current budget deficit, surely that’s a good thing?