Is high speed rail really a good idea for Australia? In each issue of Infrastructure magazine, we’ll be considering some of the biggest questions when it comes to public infrastructure in Australia. We’ll be taking big ideas, key proposals and planned projects, and asking two experts to debate the pros and cons of the idea in question. For Issue 1, we’re kicking things off with high speed rail, an idea Australian politicians and planners have had a long love affair with. Our experts answer the question: is high speed rail really a good idea for Australia? 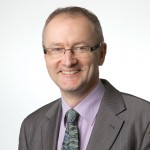 We have to face up to it: high speed rail is essential for Australia to be a competitive 21st century economy.

Here are the top reasons why:

So: high speed rail is possible, it will deliver enormous economic benefits both directly and indirectly, and it will transform how we live. All we need is for the current crop of politicians to wake up and think about what will really deliver the jobs and growth they’re all so fond of. 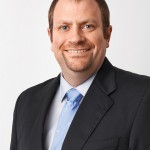 High speed rail: maybe, but not yet.

There are many good arguments for high speed rail as a nation building exercise, a way to encourage people to relocate away from our crowded capital cities and a way to, potentially, reduce some of the environmental impacts of aviation.

Unfortunately, there are as many reasons to say no to high speed rail, at least for the foreseeable future.

Firstly, high speed rail is expensive. The exact cost of a proposed high speed rail line from Melbourne to Sydney is not yet known, but figures of $200 billion are being quoted in the media, or over $200 million per kilometre.

However, even this might be conservative, as construction costs are increasing rapidly with the cost to construct UK’s second High Speed Rail now projected to be $160 million a kilometre, almost double initial estimates.

Furthermore, the Australian figure of $200 billion seems to include the cost of building new cities along the route, not just the cost of the railway itself.

The second reason for being wary of high speed rail is the difficulty it will have in capturing market share. High speed rail has been very successful in the congested corridors of East Asia and Western Europe, where large conurbations are packed relatively close together.

This is not the case in Australia where our cities are far apart and separated by not much except beautiful scenery. The optimal length for high speed rail seems to be around 500 kilometres (the length of the original Shinkansen, Madrid to Barcelona or London to Paris).

Rail is quicker than flying over these distances because rail can drop you off in the city centre, even if planes are quicker in the air.

Finally, there is the problem of funding. Previous plans for Australian high speed rail have failed as governments have not had enough money to fund the expense. This can only get worse as budgets tighten and construction costs increase.

The proponents of the CLARA project believe that they can use value capture to bridge the funding gap. This innovative technique effectively puts a tax on landowners alongside the rail line in order to fund the project, the idea being that the benefits from people wanting to live and work near the stations on the high speed rail line will be enough to cover the cost.

Even though the advocates of high speed rail are confident that their value capture method will work, there is no comparable project which has been funded entirely from value capture and of course, there will only be value to capture if the benefits are large enough to drive travellers out of planes and cars and onto trains.

So what is the potential for high speed rail? Globally, there is a growing market for commuting by high speed rail. We are already seeing this develop in the UK and on the (admittedly not very high speed) Washington to New York and Boston corridor in the US.

These are people who live in one city but work in another, travelling maybe two or three days a week and working from home the rest of the time.

Markets such as Albury to Melbourne or Canberra to Sydney would be ideal for this sort of development, particularly if new dormitory towns are built along the way.

This is the market that the proponents of Australia’s high speed rail seem to be targeting, but whether there are enough power commuters prepared to live in Goulbourn and work in Sydney remains to be seen. High speed rail: maybe, but not yet.