In Victoria, the state government is undertaking one of the country’s most ambitious upgrades to an inner city rail network, removing 50 of Victoria’s worst level crossings to reduce congestion, improve public transport and save lives.

There are hundreds of level crossings across Victoria – on major streets, local roads and country tracks across the state.

The most congested and dangerous of these crossings are in Melbourne, and every day they cause frustration, disruption and delay for hundreds of thousands of motorists.

Boom gates at some locations are down for more than 80 minutes between 7:00am and 9:00am – effectively closing the road for three quarters of the morning peak.

Removing them will reduce congestion on local roads and create space to run more trains on our rail network. 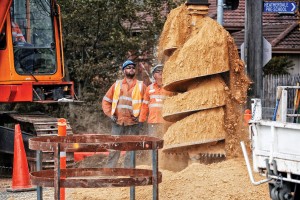 It will also save lives. There have been two tragic deaths, three accidents and nearly 80 recorded near misses at the level crossings in St Albans in Melbourne’s west in just ten years.

They are dangerous, congested and we’re not wasting a moment getting rid of them.

Six level crossings are already gone, construction has begun on a further 13 and next year four will get underway.

In the past ten years only seven level crossings have been removed in Victoria.

By the end of our first term in government, 37 level crossing removals will be finished or underway, with 50 gone by 2022.

The best way to remove a level crossing varies from site to site, depending on a range of factors including ground conditions, the nature of the land use around the site, and community feedback. 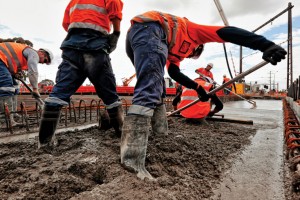 In some locations – like Bentleigh, McKinnon and Ormond in Melbourne’s inner south east – the best solution was to lower the rail line under road.

In others, like the nine level crossings on the Cranbourne-Pakenham line between Caulfield and Dandenong in Melbourne’s east, elevating the rail line is the most practical solution, and delivers the greatest benefits for motorists, passengers and the local community.

At Melton Highway in Melbourne’s north, we will build a road bridge over the rail line to separate trains from trucks and cars and get people home safer and sooner.

At each site, we’re listening to the experts and the community to determine the best solution.

One of the added benefits of this multi-billion project is the new stations it will deliver.

Many level crossings are next to train stations. Lowering or raising the train line often means the existing station needs to be rebuilt – so platforms meet trains.

Rebuilding a station is a major project in itself, and makes it safer, easier and quicker to catch the train – beyond the benefits of removing the level crossing.

Wherever possible, we are looking for ways to add scope to the project to improve services. As part of the Kororoit Creek Road level crossing removal we will also duplicate part of the Altona loop – improving the reliability of train services from Melbourne’s west.

A notorious section of single track on the Hurstbridge line in Heidelberg is also being duplicated while we remove the dangerous crossings at Grange Road and Lower Plenty Road and run more services.

And as part of the removal of every level crossing between Dandenong and the city, we will create and maintain 11 MCGs worth of new parks and community open space created by elevating the line.

But it’s not just about transport – it’s also about jobs and opportunities for Victorians.

The project has already employed thousands of people directly, and supporting thousands more across the supply chain – and construction is yet to start on more than half the crossings.

Our Major Projects Skills Guarantee ensures they also provide opportunities for young workers and those looking to re-skill.

It mandates that at least 10 per cent of the work carried out on Victoria’s major projects must be undertaken by apprentices, trainees or engineering cadets.

It ensures the next generation get the experience and opportunities they need, while we deliver the infrastructure Victoria needs.

The Level Crossing Removal Project is one of the biggest transport infrastructure projects ever undertaken in Victoria.