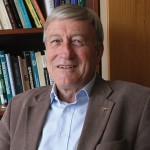 I have spent most of my academic life trying to see how transport infrastructure can be better integrated with urban land development – after all, infrastructure is meant to make our cities better.

However, I kept being drawn into major policy fights over freeways ruining urban areas or public transport being built without the kind of dense land use that planners were hoping for.

How can we integrate land development and transport more effectively? It has taken me a long while, but I now see that the answer is private sector investment in transport infrastructure.

There are many reasons why private investment has been increasing in infrastructure: governments just don’t have the money is the main one suggested.

However, I think that even if governments had the money, private investment would still be a better idea, as the private sector do land development – and that is how we can actually enable integration to happen.

Bringing public and private together

The way it would work is that the government chooses the corridor they want to upgrade for infrastructure and calls for Expressions of Interest from consortia who can provide the expertise and finance to build, own, operate and fund the infrastructure through land development (and fares or fees).

This can be a rail project (heavy rail or light rail), a bus rapid transit (BRT), or a toll-based highway.

Transport infrastructure raises the value of land if it can enable residential, commercial or industrial land uses to be unlocked because of their new accessibility benefits.

This would need to be assessed by the consortia to work out what it is they would be able to provide as the best way to unlock the value.

This model is value creation, not value capture, as government would not need to manage the process.

It is in fact how railways, trams and even toll roads were first constructed – they enabled cities to be built beyond the historic old walking city limits of activity.

If the corridor is in a central or inner city area, it is much more likely that a rail project and dense transit-oriented development is the preferred solution, as the project would need all the land it could save in order to provide parking, and the rights of way would be quite narrow.

Most value creation is done with rail, as in Hong Kong and Japan, as well as the new Brightline railway in Florida.

When the space requirements are lower, and where the potential money generated from redevelopment after land value uplift is not as great as in inner city areas, then a BRT makes sense.

The land value uplift from BRTs appears to be less than rail, because the system is noisier, less space efficient and carries less people. But it may be appropriate for some corridors.

In the outer part of a city, there are commercial and industrial land development opportunities that need trucks rather than just cars, so a freight-based tollway, with cars as supplementary, becomes possible to manage through this value creation model.

Again, there are fewer examples, as the land value relationship is more complex, and indeed many cities have been providing such infrastructure from government revenue. As that source dries up, this model will be pursued more actively. The main issue in creating this entrepreneurial approach to infrastructure provision is how to generate a partnership-based process between the three tiers of government and the consortia delivering projects.

Government is needed to facilitate the process, to enable land assembly at various parts of the corridor to unlock land development potential, to ensure communities are engaged in productive and sensible dialogue to get the common good benefits, and to ensure the infrastructure is fully integrated into the rest of the public system.

The Smart Cities Summit, held by the Turnbull Government in April 2016, outlined the start of a process that could enable such projects.

They want the three tiers of government to agree on city deals that set out how such projects could be of fundamental benefit to the city – not just providing transport from A to B, but unlocking land development that is fully integrated into the infrastructure.

Good city deals are likely to get significant help from government powers and people, as well as potential assistance with the bidding process.

This is an historic point in infrastructure planning. Many transport agencies will not like the messy partnerships and land development orientation that is required in this model.

However, they may not have much choice as government funds are limited, and the reality is that many transport projects are just not achieving the land development integration so necessary to their original benefit-cost planning.

We need to recognise that there is a great benefit in taking transport infrastructure off welfare. Certainly the market is there, but it is only going to be fully grasped and put back into the infrastructure provision if it is a truly public private partnership based around land development.

Peter Newman is a Professor of Sustainability at Curtin University and a former Board Member of Infrastructure Australia. He explores the issue of value creation in rail projects further in the paper Entrepreneur Rail Model, which can be viewed online at www.curtin.edu.au/research/cusp/local/docs/Rail_Model_Report.pdf