Planning for population growth: we cannot build our way around it

In October, Infrastructure Victoria released its 30-year plan for the state, outlining the steps it needs to take to create the best possible future. Since its release, the draft strategy has been described as one of the most comprehensive infrastructure planning documents a government has ever had access to. Not only does it outline new build projects, it also focuses on upgrades to existing assets, changes to the way Victorian communities are structured, and the development of incentives to enact behavioural change. Following the release of this wide-sweeping document, we caught up with Infrastructure Victoria CEO Michel Masson to discuss some of the specifics of the recommendations. The report advocates for major changes to transport pricing.

Can you provide some brief background on the process Infrastructure Victoria has gone through to develop this draft strategy?

The draft strategy is a first for Victoria – it’s statewide, cross sector and looks at every aspect of infrastructure across nine sectors covering everything from education to transport, telecommunications, energy and justice.

Throughout 2016, we consulted broadly and widely with stakeholders and the community, including two citizen juries, to develop the strategy.

Firstly, to define the strategy’s objectives and needs, and secondly, to get feedback on more than 200 options to address these needs. We have now released the draft strategy for public consultation.

We considered all available evidence and the feedback from the public. Where we found gaps, we also undertook our own assessments and commissioned research to help us assess these options, including transport demand modelling and cost-benefit analysis for major transport projects.

How has the feedback from the community and government been since the release of the draft strategy?

In developing the strategy, we have taken a bold approach and not shied away from tackling the hard issues – this means not every recommendation will be popular.

What’s important is that we have looked at all available evidence, listened to the feedback and come up with a pipeline of initiatives that we think will create the best possible future for our state over the next 30 years.

The strong interest in the draft strategy from all sectors validates our approach and we encourage all Victorians to take a look and tell us if we have our priorities right. Melbourne’s current airport link, Skybus, needs to be given more onroad priority, according to the report.

Increasing density in established areas has been identified as a key strategy Victoria needs to adopt over the next thirty years. Can you explain why this is so critical, and the steps the state will need to take in order to achieve this?

We believe this is a key opportunity to shape the state’s growth by redirecting it and rebalancing it. Victoria’s population is set to continually grow, with the population expected to reach 9.5 million by 2046.

Nearly 80 per cent of that growth is expected to be in greater metropolitan Melbourne. While Melbourne’s outer western and northern suburbs are already reaching capacity on their rail lines and roads, our evidence indicates that Melbourne’s inner and middle ring eastern and southern suburbs have capacity to accommodate more growth – particularly after Melbourne Metro and other transport improvements are completed.

These areas are well-serviced by existing public transport, health and educational infrastructure, as well as green space.

Medium density development should be sensitive to surroundings so it should be targeted along train lines and tram corridors and within walking distance to train stations.

By allowing more people to live near existing infrastructure, we make better use of the infrastructure we already have, we reduce dependence on cars and congestion, and we encourage more active lifestyles, making the city more compact.

To achieve this, we have recommended the state government partner with local councils to review planning provisions within the next five years.

The draft strategy has suggested major changes to transport pricing, and you’ve described this as one of the most needed and most beneficial recommendations in the report. Can you explain in more detail what you are proposing when it comes to transport pricing, why it is so important and the expected outcomes these changes will achieve?

Quite simply, we cannot build our way out of congestion. Our evidence shows a well-planned transport pricing regime will fundamentally transform the way our transport network functions and will have a more significant impact on congestion than any new road project.

We know, for example, that up to one in five trips taken during afternoon peak hour are not related to work or education and could be made at another time.

We also know that just a five per cent reduction in the number of cars on the roads at peak hour is equivalent to the reduction in congestion experienced during school holidays. Imagine the improvement we could achieve if just a fraction of those discretionary trips were made at another time of day?

While some people see this as a congestion tax, we are proposing a transport network pricing scheme primarily to manage demand, and it could actually replace or reduce existing taxes and charges paid by motorists.

We also are recommending a scheme that is holistic across the whole transport network, not just a road pricing regime.

Further investigation is needed to design a system that is effective and fair, and this needs to be coupled with improvements to our public transport system so that when a pricing regime is implemented, our public transport network can cope with the increase in patronage.

There has been some criticism of your suggestions for the use of value capture mechanisms to fund future infrastructure projects, although in the world of infrastructure financing it’s not a particularly new or controversial funding method. How can we convince communities?

We have recommended that Victoria should look at using value capture more as a means to partially fund infrastructure projects in the future.

Value capture is of course not a new idea – it was used to fund the city loop in Melbourne and recently has been used to fund London’s cross-city rail tunnel along with many other projects overseas.

While we have looked at a range of value capture mechanisms – from betterment levies to property development – we recognise it isn’t a silver bullet and is unlikely to fund projects in their entirety, but it can help.

However, we think it is sensible for property owners who stand to receive a windfall gain due to public infrastructure being delivered in their vicinity to make a small contribution towards the cost of that infrastructure. 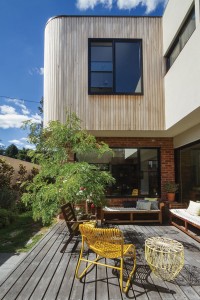 The report also urges the government to work with councils to improve suburban density in inner-city and middle ring suburbs.

North East Link has been identified as a priority road in the short to medium term. Can you explain why this road is more important than the controversial East West Link?

We haven’t ruled out the need for an east-west connection in the future, but the evidence does not support the need for this in the short to medium term.

Your draft report recommends building a rail line to Melbourne Airport. Can you provide some more information on how this could be achieved, and the timing for such a project?

We have recommended that an airport rail link should be delivered in the 15-30 year time frame. We have based on our assessment on the proposed Albion East alignment, but our evidence does suggest that there are expected to be significant capacity issues on this line in the future.

We recognise this might require an alternative solution, which is why we haven’t proposed a specific route. This current proposed alignment also relies on Melbourne Metro being complete.

Further work is required to consider the longer term reconfiguration of the rail network, but the objective should be to deliver a reliable and frequent service to Melbourne’s CBD and ideally continuing on to the south-east.

The draft report also recommends giving Skybus a higher level of onroad priority. At what point do you envisage Melbourne will have the demand for both services, and how do you propose the two services to coexist together?

We believe upgrading the bus services and giving airport bus services greater onroad priority can help alleviate and delay the need for a rail link. In the longer term, however, we still foresee a need for a rail service. It is too early to tell whether both services would be required.

There’s a focus on capitalising on existing infrastructure over new projects. The challenge is convincing governments, that love new build projects, that enhancing what we already have is a better investment of public dollars.

We know that the challenges we face over the next 30 years cannot be solved just by building new things so we have looked at ways to manage demand and better utilise existing infrastructure as priorities. In many instances, these recommendations are far more cost effective than building something new but also deliver much wider benefits.

It is our hope that the evidence that underpins our recommendations helps inform the public debate and political decision-making, and that evidence – which we’ve made available to the public – speaks for itself.

Since the release of the draft strategy, has there been any feedback which is changing any of your recommendations? If any, can you outline some of these?

Consultation on the draft strategy is well underway and we are delighted by both the community interest in and response to our recommendations.

It is too early to pre-empt what changes will be made as a result of consultation, before we deliver the final strategy to Parliament in December.

In the next issue of Infrastructure, we’ll review the changes in the final strategy released to Parliament, and we’ll speak to Victorian government ministers about their reactions to the report and where (and when) we can see new government investments being made.