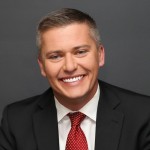 Infrastructure is the new black – every politician wants to promise it, every voter wants to use it, and every economic indicator says we need it. But behind that highest level of agreement, the infrastructure debate is increasingly discordant and deeply Balkanised.

The heavy political pall over state infrastructure projects and privatisations has been further complicated by the Turnbull Government’s surprise (and very last minute) rejection of both bidders for the NSW electricity grid in August.

This state, and now national, political uncertainty reflects the absence of community consensus about the way forward, in part because we do not clearly understand many of the infrastructure problems that need to be fixed – or the fiscal and regulatory reforms needed to enable them.

In transport infrastructure, while easy references to “evidence-based decision making” remain strong, beyond unsophisticated discussions about project benefit cost ratios (BCR), we do not actually measure much, instead relying on our historical approach of decision-based evidence making, to a very large degree. A recent update found avoidable congestion costs nationwide will be between $27 billion and $37 billion by 2030.

What can be measured, can be fixed

Australia invests many tens of billions in transport infrastructure each year – but we don’t routinely measure the effectiveness of either the capital program, or the overall function of the transport system.

Rather, we focus the debate squarely on whether a BCR on an individual project, rather than a series of projects across the network, is above or below one.

While this debate is healthy, only measuring the value of inputs neglects a more meaningful process of measuring whether journey quality, costs and time is improving, or falling.

We’re all frogs, and the water’s getting pretty warm

The words productivity and competitiveness have been mentioned tens of thousands of times in the press in recent times – but there is no regular measurement of the cost and performance of the transport network underpinning the economy.

While our measurement of transport network performance is non-existent, we do know from some external measures that infrastructure performance has been declining in Australia.

Across the past two decades, Australia has fallen from the fifth most competitive economy in the world to the 21st, with the decay in enabling economic infrastructure singled out by the World Economic Forum as a key factor in Australia’s decline.

The ABS has already shown that Australia’s productivity spike through the 1990s and early 2000s has slowed, stalled, and now reversed.

For transport specifically, the recent Bureau of Infrastructure, Transport and Regional Economics (BITRE) update found avoidable congestion costs nationwide will be between $27 billion and $37 billion by 2030.

With national economic performance in freefall, congestion stripping up to $53 billion a year and with governments funding circa $55 billion of investment this year, it seems illogical that we don’t measure performance of the transport network – or analyse the value of the new investments we make, ex post.

Better informing the debate about budget and regulatory reform could only be helped by routine measures that show the community that we are all frogs, and the water is getting pretty warm. Good information and good evidence are the best way to force public policy back to the fundamentals.

If you were being unkind, one could almost suspect we don’t produce this information because the answer is bad and getting worse.

What can Canberra add to a cities agenda?

For its part, the Turnbull Government has correctly identified cities as a policy focus this term. Capital cities drive 80 per cent of GDP and 70 per cent of employment, so it’s logical that any national economic agenda will necessarily focus on making cities work.

But this is a hard issue for a national government to address well.

The Federal Government is, both by deliberate constitutional design and by practical effect, far removed from the realities of urban infrastructure.

Indeed, it is unlikely that Canberra will have much value to add on areas like land use planning or infrastructure delivery, beyond high level principles. The Turnbull Government has correctly identified cities as a policy focus this term.

Canberra should focus on a measured response

Beyond ‘City Deal’ grants for regional sports stadiums and the wider narrative about Commonwealth leadership on cities, finding a useful and meaningful role for Canberra in urban infrastructure – beyond providing cash to states – remains an elusive outcome.

Perhaps, given the obvious national impact of struggling cities, Canberra might be well placed to develop a national measurement system that can benchmark the performance of urban infrastructure between Australia’s cities – and between Australian cities and our global competitors.

It is very hard to treat a disease without a diagnosis – and it’s time we began to develop the metrics that will allow us to track actual performance over time.

With a federal government keen to talk ‘cities’, but without any practical power or experience in urban policy, the Federal Treasurer should task the Productivity Commission to develop a dashboard of measures that tracks the performance of infrastructure networks in Australia’s major cities.

A dashboard that measures city-wide economic and social indicators – as well as sector-specific indicators such as congestion on road networks, or the efficiency of waste and water systems – would allow governments and the public to consistently track the performance of cities, and the success or otherwise of policymakers in addressing these challenges over time.

If these independently developed benchmarks were routinely published, it would make visible where infrastructure is performing well, and where it is not.

Tracking the efficiency of cities would also allow for a much more reasoned discussion around integration between and across asset types and jurisdictions.

And it would make the problems much more obvious to the public – and could well serve to force infrastructure policy back to real discussions about the hard changes needed – like privatisations and structural reform to infrastructure markets.

Measuring the decline will allow the community to focus on the reality that things cannot get better, if they stay exactly the same.