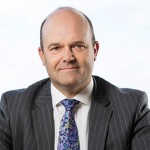 As Australians, we are lucky to have access to world-class infrastructure that has supported two decades of uninterrupted economic growth and contributed to our enviable quality of life. But we are undergoing a period of profound change and in 15 years’ time, we will live in a very different nation to the one we see today.

The Australian Infrastructure Audit found that our population is expected to grow to over 30 million by 2031. During this period our four largest cities – Sydney, Melbourne, Brisbane and Perth – will increase in population by 50 per cent.

Our growing population represents a significant economic opportunity for Australia. It provides a larger domestic market for businesses, increases the size of the labour force, and facilitates the injection of new ideas. But it also puts additional pressure on infrastructure services that are already subject to high levels of demand.

In a user pays network, all revenue collected can be directed back into roads projects.

As the nation’s independent infrastructure advisor, Infrastructure Australia encourages governments to be more strategic about preparing for changes in infrastructure demand, and invest in the projects that deliver the best outcomes for our growing communities.

In February 2016, we delivered the first 15-year Australian Infrastructure Plan, which set out a clear pathway of reforms to address today’s infrastructure gaps and set us up to meet the challenges of tomorrow.

The plan is a reform document based on substantial research and input from a broad range of stakeholders. It provides a roadmap to address our infrastructure gaps and ensure Australians have access to infrastructure that supports innovation and secures prosperity.

Our recommendations include investing in technologies to make better use of existing infrastructure, overhauling the way we plan and select projects, and diversifying the pool of infrastructure funding.

Better use of existing infrastructure

Investing in technologies that allow operators to generate, collect and use data will be fundamental to driving real improvements in the efficiency of infrastructure service delivery.

For example, intelligent transport systems can triple the utilisation of an asset through better management of the road network and the vehicles using it.

On a section of the Monash Freeway in Melbourne, the installation of electronic signs to improve traffic flow and additional CCTV cameras has already helped increase capacity in each lane by close to 20 per cent.

Similarly, across suburban and intercity rail networks, investing in automatic train control and signalling systems can improve efficiency and safety. By continuously monitoring the movements of trains on lines and at stations, these systems provide real-time data to central management systems.

Overhauling the way we plan and select projects

Beyond making better use of existing infrastructure, considered and well-thought-through infrastructure investment will be vital in managing Australia’s future population growth.

Long-term infrastructure planning is needed to help governments better prepare for changes in demand, identify emerging issues and create investment certainty. But it must also go hand in hand with a robust process for selecting projects that deliver the best outcomes for infrastructure users.

Our updated Infrastructure Priority List, released alongside the plan in February, provides a prioritised list of nationally significant investments and guidance to decision makers on where they should direct funding.

Assessing projects for inclusion on the list involves interrogating the individual costs and benefits of a proposed investment to determine whether it has the potential to meet an identified infrastructure need. We also assess the project’s strategic fit, deliverability and economic, social and environmental impacts.

This encourages more strategic consideration of infrastructure problems and the best way to address them.

Reflecting a consensus of submissions from Australian governments and key stakeholders, the list advocates for new metro rail systems in Sydney, Melbourne and Brisbane, and an efficient in-land rail freight route.

Nationally, the list also highlights the importance of protecting new corridors for ring roads around our capital cities and upgrading key freight routes. Urban renewal is another important focus, while integrated projects to support economic hotspots like Western Sydney are identified as priority initiatives. 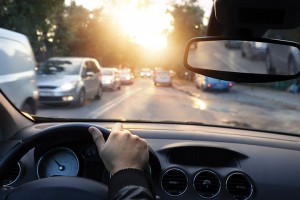 A user pays system is the fairest way of paying for our roads, says Philip Davies.

While the Infrastructure Priority List works to guide investment decisions on projects that represent the most productive use of our infrastructure funding, it is clear that current levels of expenditure will be insufficient to meet our long-term needs.

Increasing budget pressures to fund health and welfare services means that Australia’s states and territories can no longer rely on taxpayer funds alone to meet infrastructure needs. Diversifying the pool of funding available for public infrastructure investment must therefore be a major priority.

One of the key opportunities to do this, as identified in the Australian Infrastructure Plan, is changing our approach to how we pay for roads.

Australians currently pay to use the road network through a combination of fuel excise (paid per litre of fuel purchased), vehicle registration charges and stamp duty. But this system is unfair, inefficient and increasingly unsustainable.

Our current system for funding roads is unfair because the link between usage and charging is weak. Taxpayers currently subsidise all road users, meaning those who use the network less are in effect paying a subsidy to support those who use it most.

The system is also inefficient because road users do not receive price signals to minimise their impact on other users and the broader network. The result is a network that is chronically congested for portions of the day, but with excess capacity across most of the 24-hour cycle.

This fall in revenue will accelerate over coming decades as we shift towards more fuel efficient vehicles, meaning we will be collecting less from users while the costs to build and maintain road networks continues to grow.

A new approach to paying for roads

Australia needs to introduce a new road user charging framework. Under a fairer user-pays system, all existing taxes would be removed and replaced with direct charging that reflects a driver’s consumption of the network, including the location, time and distance of travel, and the individual impacts of their vehicle.

Importantly, under this model all revenue collected could be reinvested back into the road network. This differs from the current approach where taxes and charges are allocated to various government spending priorities – both in transport and other areas.

Changing how we pay for roads will not be easy, but it will deliver improvements in network performance, address fairness issues and provide a sustainable source of funding for roads.

Some motorists may be concerned about what these changes will mean for them. This is understandable, and it’s why an open discussion about these proposals is as important as the reform itself.

Infrastructure Australia has recommended that the Australian Government initiates a public inquiry into the existing funding framework for roads and the development of a fairer road user charging reform pathway. The inquiry should be supported by large-scale voluntary trials of road user charging options.

The good news is the pathway to reform is likely to stretch over the next decade, so we have the time to get things right.

You can read more about user pays in the Australian Infrastructure Plan at: www.infrastructureaustralia.gov.au.