Managing the collision of real and virtual worlds 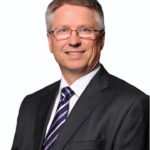 While we focus on the transition of our transport infrastructure to automated operation, innovators in other virtual territories have other plans. There is an intense focus on the power of intelligent transport systems (ITS) to enhance the safety, efficiency and productivity of our transport infrastructure.

The overwhelming success of the 23rd ITS World Congress, held in Melbourne last October, demonstrates the strong global interest in harnessing the power of technology to enhance the performance of our transport networks.

An ITS World Congress is held every year, cycling through the Americas, Asia-Pacific and European regions. Year to year there are strong similarities in the themes of both presentations and exhibitions, albeit with progressive evolution from theory to practice.

However, if we stand back and compare last year’s Congress with that held ten years ago in London, a stark contrast emerges.

Ten years ago, the community of ITS experts was firmly embedded in the network itself. The majority of presentations in London were to do with improved ways of planning, modelling and managing the operation of transport infrastructure, including roads, tunnels, bridges, public transport systems, tolling systems and the like.

This required a growing array of controllers, sensors, cameras, dynamic message signs, communication equipment, and the list goes on. Most of it was installed in the networks by network operators in an environment that could be carefully controlled and in which standards can be agreed.

There was also an element of vehicle-centred systems, such as early telematics services to enhance the operation of selected vehicle fleets, but these were less typical.

Fast forward to the 23rd Congress in October 2016 and we saw a very different picture. The engaging concept of a fully automated vehicle has taken centre stage, followed closely by the challenges and opportunities of big open data and mobility as a service.

The centre of gravity has moved from the network to the vehicle and the traveller as well as the vast array of data that surrounds each.

There were still several presentations on optimal network management, managed motorways and traffic signal control, but these were now in the minority in comparison with the topics associated with the planning and deployment of automated networks, connected vehicles and the mobilisation of big data.

Clearly, the rapid advancement of automated driving technologies by Google, Tesla, Uber and many of the major auto manufacturers over the last five years has triggered the shift.

This has captured enormous public interest and every week brings an announcement of a new development or a target release date for a fully automated vehicle option.

Meanwhile, back in the core ITS world there has been steady progression of vehicle-to-vehicle and vehicle-to-infrastructure communication solutions, principally in the 5.9GHz band. A key driver is a major improvement in safety, as vehicles become “aware” of the state of other vehicles in the vicinity and unseen hazards ahead.

The progress of efforts to achieve global consistency in standards and protocols was demonstrated at the 2016 Congress, with interoperable services to the buses that ferried participants to various demonstrations at Albert Park.

Some of those demonstrations also displayed selected safety applications, for example warnings to a vehicle that there is a stationary vehicle ahead, a pedestrian on a crossing around a blind corner, or that an emergency vehicle is approaching.

Industry expectation is that these technologies will converge with those being used for vehicle automation, leading to a vehicle that is both connected and capable of self-drive operation.

So where is this heading and what does it mean for our transport infrastructure?

The underlying theme is that we can no longer assume that the network engineers have full control.

With the centre of gravity moving from network management to vehicle autonomy, the role of the planner, designer and regulator has shifted from manager to facilitator.

The National Policy Framework for Land Transport Technology recognises this shift, with enabling principles that are designed to foster a national policy approach. The National Transport Commission has also released for comment its policy paper on regulatory reforms for automated road vehicles.

It recognises that the future is one of guidelines, a performance-based assurance regime and the removal of regulatory barriers.

Certainly there is work to be done within the infrastructure itself. At the very least, to support automated operation, consistency in road design, road signage and the nature and quality of line-marking is required. This must be at a national, and preferably an international, level.

There will also be plenty of continuing debate about the extent of infrastructure that is required to facilitate vehicle-to-infrastructure communication and who should pay for it.

We also need to harness the digital infrastructure that will surround the network of the future, a topic well explored at the Congress.

There is already a vast amount of information that is being collected about vehicle, traffic and individual traveller movement, and this will explode as higher levels of automation take hold. Some of the concepts of privacy and security are understood in principle, but there is a long way to go to establish a safe and fair operating regime.

Data that is generated about a vehicle’s movement will be seen to be owned by either the driver, the vehicle manufacturer, the fleet operator, the network operator or the road-charging authority, depending on who you are talking to at the time.

But this discussion is still anchored in our network world, even if we have shifted our focus to the vehicle and the digital world around it.

What about those other virtual domains that are already overlapping and intersecting with this ordered way of thinking?

Just about every vehicle on the road today is connected in the sense that smartphone services can deliver navigation, journey-choice, weather warnings and a host of other travel-related information. The boundaries between personal smartphone service selections and vehicle-specific services are increasingly blurred as smartphone interfaces to the vehicle become commonplace.

Does this mean conventional ITS has missed the boat? Will the rollout of a “controlled” 5.9GHz infrastructure be undermined by the ubiquity of smartphone networks?

Time will tell, but we can at least say that we have a wide spectrum of technology services at our disposal to support our future transport infrastructure.

There will still be control rooms to manage our core transport network operations, but these will be increasingly sharing the universe with vehicle-based and personal services.

The inherent challenge will be to live up to the new demands of planning, design and regulation, looking beyond today’s constraints and visualising a future that can capitalise on the combined strength of the solutions before us.