Smarter railways for our growing cities 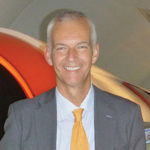 New York, London, Tokyo – countless cities in all parts of the world showcase that well-performing metro railways can solve commuting problems that are no longer controllable with individual car traffic. Australian cities are now joining the ranks of metro railways, with smart signalling solutions for better use of existing infrastructure. Australians love their cars. Some of them so much that they still put up with daily commuter driving on increasingly congested road arteries into the city centre where parking comes at a premium. With daily traffic jams protracting travel times and raising stress levels, there must be a better way for the majority of city commuters.

Transport studies galore and examples from all around the world prove that passenger rail is the most effective mode for the ‘heavy lifting’ of daily commuter traffic. Not so much the traditional long-distance railways between cities, but modern, fast, frequent and efficient rapid transit systems operating inside the metropolitan boundaries. Within Southeast Asia, the metro systems in Tokyo,

Singapore and Hong Kong are enviable regional benchmarks for transport efficiency and accessibility. And China not only boasts the two largest metro railway systems in the world, in Beijing and Shanghai, but also an unparalleled number of nearly 50 cities with built or planned metro railways.

With metros being built in most countries in the region, including Vietnam and Indonesia, it seems obvious that Australia cannot afford to be the only major economy staying behind that trend.

Of course, Australian cities do have their own commuter railway systems. They are commonly called suburban and were largely built more than a century ago, with technology for signalling and controlling train movements invented around the same time. The existing suburban rail networks in Sydney, Melbourne, Brisbane and Perth all have a distinct “hub and spoke” layout, where radial lines connect residential suburbs with the city centre.

Those networks have all experienced significant patronage growth over the last decade and are rapidly reaching their current capacity limits, while substantial further growth of city populations and associated demand for rail transport have been forecast.

Present capacity limits are mainly determined by the signalling system and its “fixed block” principle to keep trains safely apart from each other. This prevents collisions, but also constrains the throughput of railway lines if distances between trains are larger than necessary due to heritage signalling systems and rules. The key for migrating from the current suburban railways of our cities to contemporary metro-style operations is a better use of existing networks, as Infrastructure Australia’s Chief Executive Philip Davies pointed out in the November 2016 issue of Infrastructure.

He suggested investing in Automatic Train Control (ATC) for improving efficiency and safety of signalling systems.

The full benefits commonly attributed to ATC are provided by a technology called Communications-Based Train Control, or CBTC for insiders, which has become the worldwide de facto standard for high-capacity metro railways.

More than 90 per cent of the aforementioned metro systems use this technology already, and further adoption is planned over the next few years. CBTC provides optimised integration of signalling, traffic management, trains and infrastructure, and enables large-scale improvements of the overall performance of the railway system.

Trains are operated automatically, with or without supervision by a driver, and can follow each other safely at shorter intervals as short as two minutes, removing signalling as a capacity constraint of the railway.

Automatic regulation of train movements increases the punctuality of services. CBTC is designed for around-the-clock operation, with redundant architecture avoiding single points of failure and minimisation of trackside equipment that can fail and delay train services.

The first Australian CBTC installation will be on Sydney Metro Northwest, a driverless end-to-end operation segregated from the existing network and perfectly suitable to get the most out of this technology. While service will commence in 2019 at rather modest four-minute intervals, operation under CBTC can be dialled up to twice that initial capacity to comply with future plans for Sydney Metro’s extension to Bankstown via the city centre.

Their first operational application will be the new Metro Tunnel underneath the city centre, including its connected suburban lines from Watergardens and Dandenong. Further rollout on other line groups is already planned. Automatic Train Control will improve the efficiency and safety of signalling systems.

Perth is the third Australian city suitable for CBTC and could well need it since the forecast frequency demand on the busiest line sections is akin to those of the metro systems in Sydney and Melbourne. CBTC can increase the existing signalling capacity of the busiest north-south corridor in Perth by remarkable 150 per cent, greatly relieving commuter traffic pressure along the most populated coastal spine of that longitudinal city.

The existing suburban rail networks in Sydney and Brisbane could also do with higher signalling capacity, but do not lend themselves to the application of CBTC due to their intertwined layouts frequently shared with intercity and freight trains.

Better suitable in those cases is the use of another technology for ATC, the European Train Control System (ETCS), which offers interoperable products from multiple vendors and is designed for mixed passenger and freight operations rather than for conveyor belt-like metro systems. Future enhancements of the

ETCS technology over the next ten years will reduce the performance gap to CBTC, enabling trains running in intervals down to 2.5 minutes.

The widespread introduction of ATC to the rail networks in Australia’s four biggest capitals will end the times where the legacy signalling system was the foremost capacity constraint.

Higher levels of automation will make train operations smarter, maximise the use of expensive railway infrastructure, benefit growing numbers of daily commuters and increase both the productivity and liveability of our beautiful cities.

And who knows, maybe a future article can start with “Australians love their trains”.