A tale of two railways: where do our best interests lie? 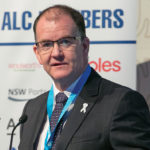 There’s been a lot of talk in the media about the idea of building a Very Fast Train network between Melbourne and Brisbane, but what’s not talked about enough is the impact Inland Rail – a freight route between the two destinations – would have on our economy. This is the story of two trains.

The first train is the Very Fast Train – a passenger train from Brisbane to Melbourne via Sydney, Canberra and some regional towns.

The second is Inland Rail – a 1,700km freight line stretching from Port of Melbourne to Port of Brisbane, which links in Parkes in NSW to enable freight to travel west to Adelaide, Perth and even Darwin.

The latest development on the Very Fast Train is a proposal to build it using value capture.

The proponent claims to have secured almost 20,000ha for new development sites along the rail corridor and that they will present an unsolicited bid to Prime Minister Malcolm Turnbull within the first half of this year. The Federal Opposition has also given the project their support.

The latest on Inland Rail is that after Infrastructure Australia placed it among its top priorities based on extensive economic analysis, the project is moving to a second phase of market testing for private sector involvement.

The four shortlisted options all involve the delivery of Inland Rail through the Australian Rail Track Corporation (ARTC), in partnership with the private sector for the design and construction.

The second phase will seek views on:

Market testing meetings are underway, which is the next step in ensuring Inland Rail is construction ready.

The Australian Logistics Council would like to see the Federal Government commit funds to the project in the May budget so that industry can plan complementary investment in the lead up to an expected completion date.

The new line will be a faster, more efficient route that bypasses the Sydney rail network and will enable the use of double-stacked trains along its entire length.

With a National Transport Commission report showing Australia’s domestic freight task is expected to grow 26 per cent by 2026, it is important that we keep this freight project on track by working with all stakeholders along the corridor.

But perhaps most importantly, Inland Rail will not just provide a new North/South rail link; it will be a catalyst for complementary private sector investments, such as fleet upgrades, new metropolitan and regional terminals and integrated freight precincts. It is important therefore that the freight line not only have a direct connection between the Port of Melbourne and Port of Brisbane, but also that intermodal terminals be built in Melbourne and Brisbane that are capable of dealing with both local and interstate freight.

The intermodal freight terminals developed in Melbourne, Brisbane and along the route will allow consolidation of domestic and import/export freight, which will in turn drive greater economies of scale and greater freight efficiency.

This is important economically as ALC estimates that a one per cent increase in freight efficiency will drive a $2 billion benefit to the Australian economy.

The Very Fast Train, on the other hand, will have to attract a passenger market already well-served by air, while offering longer travel time.

The difference between the two projects at the moment is that Inland Rail has gone through a rigorous, independent economic analysis which has revealed that its economic benefits would outweigh the costs. The Very Fast Train has not.

It is all very well for Very Fast Train proponents to say that there will be no cost to government, and all that is needed is “political will” to get the project going. However, projects of this size inevitably require government spending one way or the other, especially if fancy, non-independent modelling on value capture or optimistic assumptions about level of usage are not borne out.

To date all Very Fast Train proposals have failed cost-benefit analyses. If anything, the Very Fast Train case will become weaker in the light of the approval of Sydney’s second airport.

Given how reasonably well-served passengers on the Sydney-Canberra-Melbourne route are by air and road, the Very Fast Train does not look like good value for money compared to Inland Rail.

The difficulty is that there is a finite cake of infrastructure funds and of skilled labour, whether the project is public or private or a mix of them. Commitments to one large project will inevitably draw funds and labour from others. This is why Infrastructure Australia was given the task of assessing projects and assigning them a priority.

Business and taxpayers in general have a right to expect government to ensure the nation gets the best results for investment. The best way to do that is to give projects priority based on cost-benefit analysis. Often, however, roads and passenger rail get priority because voters use them directly, and freight gets less attention, even though all businesses and people directly benefit from the efficient movement of freight.

As the logistics industry likes to point out – freight doesn’t vote.

It would help public confidence in the development of infrastructure in Australia if reference to Infrastructure Australia was the standard response by governments to proponents of big projects.