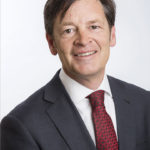 In Victoria, sweeping changes are currently happening across the entire transport network – freeways are being widened, level crossings are being removed, suburban arterials are being rejuvenated – in a whole-of-system approach that is catching the eye of governments around the world. Melbourne is rightly proud of being named the World’s Most Liveable City for the sixth year in a row. But as our boundaries stretch and our population grows, we can’t afford to be complacent.

If we are to have a connected, dynamic and vibrant Victoria tomorrow, then we’ve got to start building a world-class transport system today.

It begins with moving beyond the simple “roads versus public transport” debate. With almost 2,000 people moving here every week, it’s not an either/or option – our city needs both.

It’s why we’re building the Metro Tunnel at the same time as we’re upgrading the Monash Freeway. Widening the Tullamarine Freeway as we remove 50 of our most dangerous and congested level crossings. And boosting regional rail while we also fix our suburban arterial roads.

It’s the biggest infrastructure agenda Victoria has ever seen. And we haven’t wasted a single moment in getting it going.

As you read this, CityLink is being widened from the airport through to the city and 30 kilometres of extra lanes are being added to the Monash Freeway. It’s a project we’ve fully funded, and will mean hundreds of thousands of Victorians get home sooner.

We’re also widening the M80 from Sunshine Avenue to the Calder Freeway and building for Melbourne’s future with plans for the Western Distributor already afoot. It’s a massive build, and will provide this city’s much-needed second river crossing. Choke points like Hoddle Street and the Chandler Highway are soon to be gone.

The North East Link will be kickstarted with $35 million, with community consultation and route selection to be completed by 2018.

It’s work that will slash travel time on congested roads in Melbourne’s north, south, and east. It will take thousands of trucks off local streets, and at long last connect the southern and eastern suburbs to Tullamarine Airport.

Each of these projects will help reduce congestion on our roads and connect people to jobs and each other, ensuring Victorians have more choices closer to home.

As an added bonus, our transport infrastructure program will create 15,000 jobs and give industry more certainty, with a ten-year pipeline of planning and infrastructure.

Of course, all of this work can’t happen in isolation. It will mean delays and disruptions for drivers and commuters. But it’s something we’ve always been upfront about. Because even though this work causes frustration in the short-term, for our state’s long-term, it’s vital.

We need to be just as forward-thinking when it comes to the way we use our existing transport network.

There are 13 million trips made each day on our road network alone. Look at the Monash M1: it carries double the number of journeys of the entire metropolitan rail system. And every week, VicRoads is licensing 2,000 new drivers on the roads. If we continue at the same pace, we’ll need to find capacity for another seven million journeys by 2040.

It’s a real challenge. But we’re learning a lot from intelligent freeway management. And as Victoria continues to grow, this specialised science is informing our next generation of transport improvements.

After all, we’ve got a great track record when it comes to transport innovation. We were early adopters of technologies such as adaptive traffic signalling, ramp metering and variable messaging.

And now, the rest of the world is looking to us for the next great innovation.

In Utah, trials of “the Melbourne approach” are about to start. Similarly, Canada and Japan are examining the way our system works, with hope that it can fix their own local networks.

Because here in Victoria, we no longer accept that our freeways will break down in peak periods. It’s meant transforming our thinking – we’re no longer only concerned with getting cars on our freeways, but getting them off our freeways too.

Ramp metering and the use of intelligent transport systems are no longer about how we merge cars, but also how we check the next ten kilometres downstream to make sure that the whole system is stable.

And critically, we’ve learnt that you can’t manage freeways and arterials as different systems. They’ve got to be seen as one network. So we’re embracing advances in technology and working alongside transport and industry partners to investigate creative ways to help banish congestion.

In the next year, local motorists will be able to trial an app that allows vehicles to pass through consecutive waves of green lights. It’ll mean road users can make smarter decisions through messages about traffic ahead via GPS.

That’s taking a smart approach to managing traffic, and giving drivers the power to make informed and practical decisions about their journey.

We’re also leading the way on autonomous vehicle trials, with on-road testing to begin in Melbourne this year. These trials will help us understand how autonomous vehicle technology interacts with road infrastructure, including overhead lane signals, electronic speed signs and line marking.

We’re making innovative use of Bluetooth technology, working with Australia’s top road researchers and operators to put us at the forefront of real-time traffic information for the community, and give us the data we need to manage traffic signals and respond to road incidents quickly.

At a wider level, it means we can learn even more about people’s travel patterns across every minute of the day. That’s huge: for our connectivity, productivity and economy.

And it’s all happening in Victoria.