Should we be allowing international investors to take ownership stakes in our critical infrastructure? In each issue of Infrastructure, we consider some of the biggest questions when it comes to public infrastructure in Australia. We’ll be taking big ideas, key proposals and planned projects, and asking experts to debate the pros and cons of the idea in question. For Issue 2, we’re taking a look at a topic that generated significant discussion in 2017: foreign investment in Australian assets. Our experts answer the question: should we be allowing international investors to take ownership stakes in our critical infrastructure? 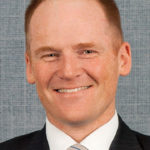 In investment, as in any other endeavour, competing with the best makes you the best.

If Australia’s investors want to be able to compete on the world stage they need to start competing with the best from overseas here at home.

The benefits of foreign investment in infrastructure are significant and the risks misunderstood. Price: in almost every case, the investor who wins the right to build, own or operate an Australian infrastructure asset is the person who is prepared to pay the best price.

A competition open to all investors, whether domestic or foreign, is the best way to maximise the economic return for Australia. This goes directly to government’s bottom line and translates 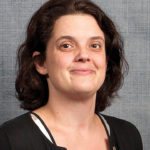 Innovation: foreign ownership brings world’s best practice to Australia. There is no substitute for having the best of breed providing fresh thinking directly into the Australian market. Not only does it increase the productivity of the acquired asset, but the knowledge spreads to other sectors and other participants, and lifts Australia’s overall economic performance.

Mutual understanding: foreign investment builds understanding between Australians and the rest of the world. Infrastructure is a multi-decade investment that requires large teams cooperating over extended periods. Not only does this result in mutual transfer of skills but, as people change careers and take on different roles, it broadens these relationships into the wider economy. It also exposes the global investment community to the Australian market more generally and provides an opportunity to demonstrate its economic stability, transparency and deep and mature markets. 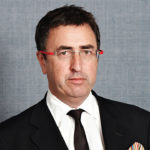 Australians want access to those opportunities. If we close our doors and put up barriers to investing in this country, we can only expect reciprocal treatment when we go overseas.

Misplaced perceptions of risk: restrictions on foreign investment appear to be based on misplaced perceptions of risk. Undeniably, infrastructure assets are critical to the Australian economy. If access were denied at the behest of a foreign government for political purposes, there is certainly a need to have effective means to restore that access. But there are well understood direct ways to achieve this which have nothing to do with ownership.

Through legislation, licensing and contracts, governments routinely preserve for themselves rights to step in to the control of critical assets in times of emergency or default by the asset owner. These rights need to be there whether the asset is Australian or foreign-owned.

We do not need to give up the benefits of foreign ownership to properly manage risk. There is a better and more useful discussion on infrastructure risk to be had that is not focused on the nationality of the owner or operator.

The world is resplendent with investment opportunities – building a silk road, new ports in South Asia, energy infrastructure in Central Asia, transport in Vietnam, high speed rail in China – there is an inexhaustible appetite for funding.

In a global market for capital, clearly the more roadblocks we put in the way of foreign direct investment, the more we aggravate the effect of the gap between our necessarily small domestic savings and global investment flows.

The fact is that higher domestic saving, surging investment at the macro level and healthy federal balance sheets have not been translated into the infrastructure investment needed to position us for the next phase of economic growth. Like many countries in our region, investment is needed in (at least) airports, roads, railways and ports.

Fortunately, for the time being, there is a great deal of interest in Australian infrastructure. Australia’s national interest is well served by having a foreign investment in our infrastructure under a regime that is broadly permissive but that sensibly identifies and manages risk.

Without appropriate consideration of security implications, foreign investment in critical infrastructure is a national security risk. 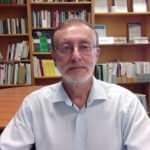 There is nothing wrong with private foreign investors acquiring an interest in privately run businesses.

However, foreign investment needs regulatory safeguards. While Australia does have safeguards legislated in The Foreign Acquisition and Takeovers Act 1975, the problem is that, in 1975, the default consideration was that Australia’s foreign counterparts were similar to Australian ones.

They were profit seeking portfolio investors and/or company control seeking direct investors. In either case, they would make independent business decisions.

Apart from compliance with international, Australian and their home countries’ business and taxation laws, they were not reporting to or taking directions/directives from any government. Their decisions were based only on commercial factors.

This default position is now obsolete, because it ignores at least two key considerations. The first consideration is the multiplicity of the forms ownership, and the extent of sovereign involvement in foreign companies seeking merger or acquisition in Australia.

In particular, the 1975 Act does not require the Foreign Investment Review Board to look into:

The second consideration is foreign investment assessment with regard to different countries. Since 1975, the picture of the world has dramatically changed. Economic transition in post-communist countries, market reforms in one-party controlled countries, and emerging developing market economies have created a variety of economic systems with very different sovereign involvement in running economies and companies.

Therefore security risk assessment should be done with a strong consideration of the country a foreign investor is coming from. This requires a well-structured analysis of the forms ownership, and governance of where the country’s foreign investments are coming to Australia from. Such analysis is not provided for in the current foreign investment review regime.

In normal circumstances, it would not matter who owns or leases an infrastructure facility that is already privately owned or considered for privatisation (such as, for example, the Port of Darwin or the NSW electricity distribution network).

However, in the current foreign investment environment, case-by-case security risk assessment is needed where foreign sovereign interest is involved.

The recent cases of Port of Darwin and the NSW electricity distribution network have also highlighted the lack of coordination between the state and territory, and federal levels of government.

While the Northern Territory and NSW governments were driven by fiscal considerations, the federal matter of national security was not given sufficient attention. The federal involvement in otherwise state and territory matters should be agreed on with the states and territories and included in the revised legislation.

Until this is done, foreign investments in infrastructure are a national security risk.

Acknowledgement
In this piece, I have extensively used my submission to the Senate Inquiry on Foreign Investment Review Framework, publicly available at https://www.aph.gov.au