by Bernard Salt AM, Partner, KPMG

Almost a decade ago, in response to the millennium drought, there was heated debate within Australia about water supply. Today, the issue is the provision of reliable and affordable baseload power to our major cities. Instead of relying on emergency responses like we did in the 2000s – like the construction of desalination plants – this time, demographer Bernard Salt is urging the infrastructure industry to adopt a long-term solution to our energy and water supply issues. 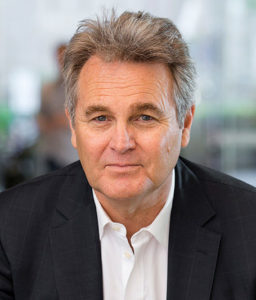 At its peak, the millennium drought was an incredibly worrying time.

By the late 2000s, the drought had worsened every year with no relief in sight.

The timing of the global ­financial crisis in 2008, followed by terrible bushfires, suggested an ­almost divine retribution was being wreaked upon an environmentally sinful nation.

Falling metropolitan water supplies prompted the urgent construction of desalination plants in Victoria at Wonthaggi and also in other states.

But looking back, we really shouldn’t have been surprised with the situation we found ourselves in at the time.

No base-load metropolitan water supply dam had been built in Australia since the early 1980s in the case of Melbourne and since the late 1970s for Sydney.

Fast forward a generation (say 25 years), toss in an extended drought that seems to occur in Australia two or three times each century, add in an accelerated rate of population growth from the mid-2000s, and you have a recipe for calamity. Which then prompts emergency responses such as the urgent – meaning cost is not the issue – construction of desalination plants.

Here we are a decade later and fortunately rainfall and dam levels are not the issue.

The issue now is the provision of reliable and affordable baseload power to our major cities. As with dams, we more or less stopped building ­baseload coal-fired power stations in Australia in the 1980s.

The thinking then shifted to natural gas (Queensland’s Braemar 1 and 2, for instance, which opened in 2006 and 2009) and ­renewables (Macarthur Wind Farm in western Victoria in 2013).

And as with dams, the shift in thinking around power supply was also motivated by environmental concerns.

The consequences of this shift in thinking about power and water supplies taken a generation ago was never going to be immediately apparent.

The reason being that sufficient capacity in water and power had been delivered into our biggest cities by, for example, Sydney’s Warragamba Dam, built in the 1950s, and Melbourne’s Thomson Dam, opened 1983; and by Sydney’s Eraring coal-fired power station, opened in 1982, and Melbourne’s Loy Yang A coal-fired power station, opened in 1985. A mitigating factor in energy and water requirements were shifts in behaviour. Australians became more water conscious, ­especially during the drought. Many installed water tanks. According to Bernard Salt, what we need with regard to energy is a culture of investment in the future and a willingness to make sacrifices for the pursuit of a better society.

The same shift is now under way with regard to energy usage: rising costs and concern about environmental responsibility are making consumers more measured in their use of energy.

Solar panels on suburban rooftops are now common. What was once public responsibility, the provision of water and power, is now being shared between the state and the individual.

This is less of an issue in other countries than in Australia and the reason is growth. Over the 33 years to 2050, Australia is expected to add 12 million residents, which represents a 50 per cent ­increase.

Power and water supply is not a critical issue in Germany and Japan. It very much is so in Australia — and it will become even more critical if we retain our growth settings.

For a generation we have been drawing down on the power and water infrastructure bequeathed to us by the preceding dam building and coal-fired power station building generation.

We have stretched out the ­serviceability of this baseload ­infrastructure by moderating individual behaviour, by taking private responsibility for power and water through solar panels and water tanks, and by investing in renewables such as wind and solar. But our overall rate-of-growth cog has always turned faster than our power-and-water supply cog, which means shortages and blackouts a generation later.

Water security issues were exposed a decade ago; energy security is being exposed now.

My concern is that we seem to have taken up the slack built into a baseload power supply system delivered a generation ago and since augmented with renewables. A decade ago, when water security was threatened the response was to “plug the gap” at whatever cost.

But if this nation is to remain young and vital, and if we are to ­remain generous and inclusive with respect to our immigration program, then we need to be ­making decisions now about ­future baseload power and water supplies. For too long, Australians have been living on borrowed time when it comes to critical infrastructure such as dams.

Plugging a gap at whatever cost might get us into the next electoral cycle, but it doesn’t solve the long-term problem – the growth cog is spinning faster than the baseload power and water supply cog.

Although to be fair, a politician’s measure of success isn’t necessarily solving a problem for future administrations, it is getting an immediate problem off the agenda. It is up to the Australian people, not the political class, to demand a long-term solution to these issues. But be warned, that might require Australians to make sacrifices now to make life easier for future generations.

What we really need with regard to energy, and what we needed a decade ago on the water issue, is a culture of investment in the ­future and a willingness by current generations to make sacrifices for the pursuit of a better society.

The easy response is to outsource responsibility to politicians whose survival depends on short-term thinking by the electorate. The hard questions that flow from this debate include whether we pursue clean coal or carbon capture options, whether we pursue the nuclear option or whether we substantially moderate our immigration policy.

But the implications of current energy security issues are broader. It was water last decade; it is power this decade; what will it be next decade? What other critical infrastructure did we slow investment in a generation ago – presumably to deliver short-term benefits elsewhere – that is now approaching maximum capacity? Defence springs to mind. So, too, does airport infrastructure.

We the Australian people need to collectively insist on better or at least more apparent long-term strategic thinking about the kind of society we wish to bequeath to the next generation.

After all, I don’t think it’s fair for this generation – from Boomers to Millennials inclusive – to harvest the benefit of preceding generations’ infrastructure investment and leave our nation maxed out in energy and water for the next generation to deal with.

Bernard Salt is a KPMG partner and an adjunct professor at Curtin University Business School. Research for this article was completed by Cody Phelan.

This article originally appeared in The Australian.