The Australian energy industry is currently dealing with an energy trilemma: how do we transition to sources of energy that are clean, affordable and abundant? The Finkel Review, released in June, outlines a range of recommendations to help the industry move towards this goal, and here, Peter Davis takes a closer look at the recommendations and how they will help the industry reach its lofty goal. 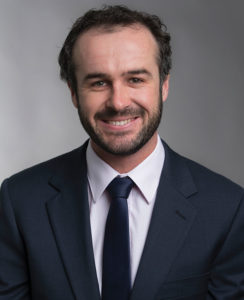 While the proposal to introduce a Clean Energy Target (CET) has dominated political and media discussion, its real focus is ensuring the security and reliability of the power system.

While the fate of the CET remains to be seen, the Council of Australian Governments has endorsed all the remaining 49 recommendations of the Finkel Review and the implementation process has begun.

How did we get here?

Blackouts in South Australia, and load-shedding in NSW during the summer peak contributed to a growing political realisation that Australia’s National Electricity Market has become vulnerable, with significant concerns arising in relation to power system security (the ability to deal with sudden system shocks) and reliability (the availability of generation to meet demand).

The causes of this decline in security and reliability have been hotly debated however it is clear that the fall in the proportion of synchronous generation in the energy mix has been a major contributor.

Large synchronous generators (such as coal, gas or hydro) naturally support system security through the inertia inherent in their operation and provide reliability through controllable dispatch.

Historically the National Electricity Market has been dominated by large scale synchronous generation, and the current regulation largely takes this support for granted.

For example, services that support system security (known as ancillary services) are relatively undervalued in Australia in comparison to other jurisdictions such as the US and the UK, and capacity is not separately recognised and valued.

As renewable generation has been progressively added to the market, and aging synchronous generators have been removed, current regulations based on the assumption that security and reliability would be provided as a natural consequence of the generation mix require re-examination.

The Finkel Review calls for transmission network operators (TNSPs) to provide and maintain a particular level of inertia determined by the Australian Energy Market Operator (AEMO) for each region or sub-region by mid-2018.

Critical questions still to be resolved include how AEMO will establish the appropriate level of inertia in the system and what will be the consequences for a TNSP for failing to contract for or achieve the requisite level.

Threshold questions also include how the inertia services should be provided and their cost determined and allocated.

For example, would the usual Regulated Investment Test for Transmission mechanism apply, and could any assets acquired by the network operator to provide the service itself form part of the regulatory asset base provided solely by third parties or otherwise on a ring- fenced basis under market or negotiated contracts?

The Australian Energy Market Commission is currently working through these issues and its draft determination is due in November 2017.

One of the most striking recommendations in the Finkel Review is the Generator Reliability Obligation which provides that if a “new” variable renewable energy (VRE) generator wishes to connect in a region that is close to the limit of minimum dispatchable capacity, that it must provide an amount of new dispatchable generation capacity from within the same region.

A key question for the many renewable generation projects currently approaching financial close or in construction is when this new recommendation may take effect and when it does, what generators will it apply to?

Could it, notwithstanding Finkel’s comments about “new” generation, be applied retrospectively given the current boom in renewables construction?

A further question that seems to naturally arise is whether, in order to be effective, the policy may expand to include a requirement on generators to ensure that the dispatchable plant it installed or contracted is available at particular times or in particular conditions.

For example, a utility scale battery could be required to maintain a particular level of charge.

The overlap between the Generator Reliability Obligation more broadly, and the potential for TNSP’s to have a need to purchase synthetic inertia services, may support the entry of a new type of market participant who could operate batteries or small or medium-scale dispatchable plant to meet VRE generator and TNSP requirements through market contracts while trading any the excess dispatchable capacity.

The Generator Reliability Obligation could impose major costs and complications on VRE generators connecting to areas of the NEM with a high concentration of VRE generation.

A perennial issue for generators is the fact that the country’s transmission networks are built to support load rather than facilitate the dispatch of generation facilities.

It is generally up to individual generators to fund the network extensions and augmentations required to accommodate new projects.

The Finkel Review acknowledges these issues. It proposes a greater role for central planning and coordination in transmission development together with an implicit acknowledgement that planning decisions should facilitate the efficient connection of future generators (particularly for renewables) and not simply current applicants.

The Review proposes development of an integrated grid plan to support ‘renewable energy zones’ on a nationwide basis.

The Finkel Review also contemplates government funding to assist in the establishment of transmission infrastructure in advance of individual generators applying to connect.

Various state governments have shown a willingness to directly or indirectly provide financial support to the development of renewables projects in their States, often through certificate procurement or subsidy arrangements.

As contemplated by the Finkel Review a viable alternative to these arrangements could be the funding of augmentations to constrained transmission networks in areas with high renewable resources.

In an effort to further manage system security the Finkel Review also recommends that all “existing large generators” be required to provide a ‘binding’ three year notice prior to closure.

The intention of such a policy is clearly to provide investment certainty for new entrants and to provide the best opportunity for replacement generation to be developed.

This requirement is no doubt driven by the recent closure of large generators such as Victoria’s Hazelwood Power Station and echoes the “Contracts for Closure” process contemplated by the Commonwealth Government at the time the carbon price mechanism was introduced.

The difficulty with such a scheme seems to be in its administration and enforcement. It is not clear what penalty would be applied should a generator close without giving three years’ notice.

It is also not clear what mechanism would be used to force a generator to close if, having given notice, it preferred to remain open at the nominated date for closure.

In recent years there has been an increasing focus among policy makers on the risk that inadequate cyber security poses to Australia’s critical infrastructure.

Responses include the creation of the Critical Infrastructure Centre, the development of the Joint Cyber Security Centre (currently in Queensland, but expanding to New South Wales and Victoria) and the inclusion of cyber security-related obligations in foreign investment approvals and energy network operating licences.

The Finkel Review calls for yet another layer of cyber security oversight for the energy sector with new measures to include annual reporting on cyber security preparedness by all industry participants (including routine testing and employee training).

These measures would be administered by a new Energy Security Board in consultation with the Australian Cyber Security Centre and Commonwealth Department of Energy.

The challenge for the Energy Security Board will be to ensure the entire energy sector has appropriate security measures in place while avoiding inconsistency or any inefficient double-up with the compliance requirements to which many industry participants are already subject.

Much will now turn upon the manner in which the high level and conceptual recommendations in the Finkel Review once transformed into law and policy change.

Affordability, the third and most politically charged arm of the energy trilemma (and the one that receives the least attention in the Finkel Review) is now likely to come under the greatest scrutiny as the cost of improving Australia’s energy security and reliability must now be determined and allocated between industry participants and consumers.