Vehicles are on the way to enabling hands-off-the-wheel driving on freeways, with trials of automated vehicle technologies underway on one of Australia’s largest tollways.

Level.2 means partial automation of steering, acceleration and braking. At least one of the driver’s hands must be on the steering wheel at all times.

One of the most widely implemented automated vehicle features in these cars is highway autopilot.
Today, highway autopilot generally means a combination of lane keeping assist (the vehicle steers itself within the lane) and adaptive cruise control (the vehicle adjusts speed via acceleration and braking to maintain a safe distance to other vehicles), with onboard sensors dynamically monitoring the presence of other vehicles and road users. 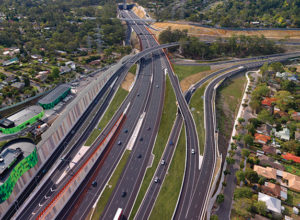 In freeway conditions, this supervised driving allows a more relaxed driver load when
used according to the vehicle manufacturer’s guidelines.

Some of the latest vehicles also include autonomous overtaking, which the driver initiates by flicking the indicator stalk. The vehicle finds a safe overtaking opportunity, autonomously implementing the overtaking manoeuvre with indicator signals.

Emergency auto-braking, already available, will be supplemented by automatic collision avoidance, involving a combination of steering and braking.

While vehicles are now reading speed limit signs to inform motorists and provide warnings when the speed limit is exceeded, the next innovation will be automatic adjustment of speed to the prevailing limit.

Over the next few years, technology step changes such as these will be combined together by vehicle manufacturers to enable Level.3 conditional automation, with all aspects of the driving task automated under certain circumstances (for example, hands-off-the-wheel driving on freeways).

The driver must be ready to take back control when prompted by the vehicle. This will of course be subject to legislative changes in each jurisdiction.

Some of the latest vehicles on sale today already have the necessary hardware sensors to take the vehicle from the current Level.2 highway autopilot all the way to Level.3 hands-off-the-wheel driving on freeways.

This will be achieved through software upgrades (at regular service intervals or by auto-download via wireless data networks) together with high definition maps for automated driving and sensor augmentation where necessary.

Therefore testing the compatibility of existing freeways such as EastLink with the latest Level.2 vehicles is a useful task to provide early warning of any incompatibility, so that it can be addressed by vehicle manufacturers and freeway operators.

This will expedite the development of Level.3 hands-off-the-wheel capability.

As the operator of a major freeway, EastLink needs to assess the envelope within which Level.3 hands-off-the-wheel capability will safely operate.

Which parts of EastLink, or the whole network? At what times, or all of the time? Under which conditions, or all conditions?

These are some of the practical purposes of the EastLink trials, making them the first of their kind in Australia.

The trials are being undertaken by EastLink in partnership with VicRoads, the Australian Road Research Board, La Trobe University and RACV.

While EastLink, which complies with VicRoads’ freeway standards, is the main test site, trials also include stretches of other VicRoads freeways.

Although the trials are being conducted for the benefit of EastLink and VicRoads, trial results will be disseminated nationally, and freeways across Australia may benefit from adjustments made by vehicle manufacturers as a result of the trials.

EastLink trials have already been conducted with vehicles provided by a range of manufacturers including BMW, Honda, Mazda, Mercedes, Mitsubishi and Volvo.

The most recent technology demonstration involved the new Tesla Model X. Additional manufacturers, including Audi and Toyota, will soon be providing vehicles to assist the program.

The trials have already identified opportunities to improve the compatibility between new technologies and freeway infrastructure. For example:

Vehicle manufacturers and freeway operators are now able to work on taking advantage of these opportunities to further improve Level.2 performance, which will pave the way for the introduction of Level.3 capability.

Road operators across Australia, informed by their knowledge of the infrastructure on their roads (including line markings and signage) and the capabilities of Level.2 automation systems already appearing in vehicles, may wish to make some input into a nationally consistent operational domain on the road network. 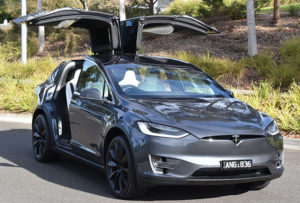 With Level.3 hands-off-the-wheel driving on the way, it’s envisaged that freeway operators will need to communicate directly to autonomous vehicles, for example to communicate a change in conditions or the operating environment (for example, an emergency incident, congestion event, or lane or freeway closure).

As part of the EastLink trials, connected vehicle transceivers are being installed at three of EastLink’s tolling gantries, to create a section of EastLink enabled for V2X communications.

Next, the trials program will conduct on-road tests of different message types.

EastLink will continue to is raise public awareness of automated vehicle capabilities, and will be communicating the progress of the trials via email newsletters to 360,000 EastLink customers, and by media engagement (with extensive coverage already achieved on TV, print, radio, industry and automotive news media).