Engineers have developed a more resilient type of concrete using recycled tyres that could be used for concrete structures like buildings, roads, dams and bridges while reducing landfill waste.

The researchers, from the University of British Columbia (UBC), experimented with different proportions of recycled tyre fibres and other materials used in concrete – cement, sand and water – before finding the ideal mix, which includes 0.35 per cent tyre fibres, according to researcher Obinna Onuaguluchi, a postdoctoral fellow in civil engineering at UBC.

Recycled-rubber roads are not new; asphalt roads that incorporate rubber “crumbs” from shredded tyres exist in the US, Germany, Spain, Brazil and China. But using the polymer fibres from tyres has the unique benefit of potentially improving the resilience of concrete and extending its lifespan. 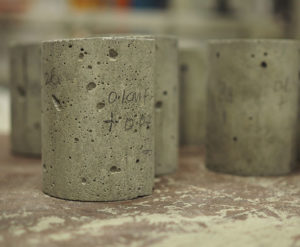 “Concrete structures tend to develop cracks over time, but the polymer fibres are bridging the cracks as they form, helping protect the structure and making it last longer.”

UBC civil engineering professor Nemy Banthia, who supervised the work, said the environmental and industrial impact of the research is crucial. Up to three billion tyres are produced around the world every year, generating close to three billion kilograms of fibre when recycled.

“Most scrap tyres are destined for landfill. Adding the fibre to concrete could shrink the tyre industry’s carbon footprint and also reduce the construction industry’s emissions, since cement is a major source of greenhouse gases,” said Banthia, who is also the scientific director of UBC- hosted Canada-India Research Center of Excellence (IC-IMPACTS), a centre that develops research collaborations between Canada and India. 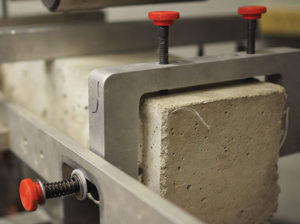 “We use almost six billion cubic metres of concrete every year,” added Banthia. “This fibre can be in every cubic metre of that concrete.”

The new concrete was used to resurface the steps in front of the McMillan building on UBC’s campus in May. Banthia’s team is tracking its performance using sensors embedded in the concrete, looking at development of strain, cracking and other factors.

So far, the results support laboratory testing that showed it can significantly reduce cracking.

The research has received support from IC-IMPACTS; Tire Stewardship BC, the non-profit that manages British Columbia’s tyre recycling program; Atlantis Holdings; and recycler Western Rubber Products, which processed the fibres.