When I first joined ITS Australia, I spent many hours explaining to people what ITS stood for. Today,
ITS is widely recognised as the abbreviated form of Intelligent Transport Systems and it is an
accepted part of the vocabulary across governments, business, learning institutions, and
increasingly in the community. 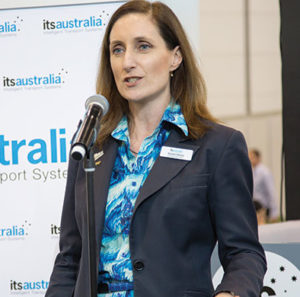 What has also changed is the breadth of the industry. Transport, vehicles and infrastructure are still very much at the heart of the ITS industry, but increasingly falling under this umbrella are industries which were once considered fringe or even futuristic.

The ITS industry has evolved and it continues to transform. New technologies are being developed and deployed at a rapid rate, creating new opportunities in Australia and internationally.

Global ITS leaders, including traditional and newly aligned industries, will converge in Brisbane to discuss how the landscape is changing and what this means for industry and consumers.

The Australian Intelligent Transport Systems Summit is Australia’s largest industry-led ITS Summit and, aptly themed Transforming Transport, is hosted by ITS Australia in partnership with the Queensland Department of Transport and Main Roads.

Mr Ferguson said he was struck by how much Britain and Australia had in common in terms of transport technology when he attended the 23rd ITS World Congress in Melbourne last year.

“I feel ITS does not have the prominence it should, bearing in mind how it affects our daily lives. The rapid evolution of communications technology is creating possibilities that could bring ITS right into the mainstream of transport thinking,” said Mr Ferguson.

Big Data, the Internet of Things, access, analytics and real-time assessments increasingly underpin intelligent transport systems. ITS Australia, as set out in our report, Smart Transport for Australia, recommends all real-time dynamic data from government should be freely available, that strategies should be implemented to ensure reliable and ubiquitous network coverage, telemetry, cyber security and data integrity.

She said the challenge is not technical, but commercial and cultural.

“The fourth industrial revolution is here,” said Ms Johnston. “Increasing data volumes, computational power and connectivity, the emergence of analytics and business-intelligence capabilities, new forms of human-machine interaction and dissemination to the physical world are set to disrupt current business models in a range of industries. Transport is one such industry.”

Increasingly influencing transport technology are industries once considered distant, but now very much aligned and integrated with intelligent transport – for example, payment gateways for private and public transport users who expect to pay for services with a swipe of a finger online.

Convenience, choice of travel and payment systems have developed to the extent that the concept of Mobility as a Service (MaaS) – another phrase unheard of just a few years ago – is one of the fastest growing sectors in the ITS industry. MaaS is a key contributor to Smart Cities and the liveability of our cities, suburbs and regional communities.

Hyperloop travel was certainly not on the agenda at last year’s ITS Summit. This year, the prospect of travelling in air-tight pods flying in near- vacuum tubes at 1000km/h is a genuine talking point. 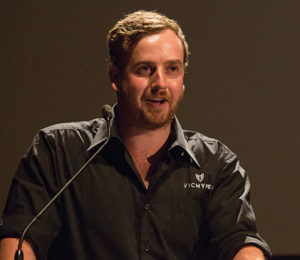 Zac McClelland from VicHyper is leading the Southern Hemisphere’s only hyperloop project and will discuss the project’s potential at the Australian Intelligent Transport Systems Summit.

“The technology is already there. Even though a Hyperloop hasn’t been made before, all the systems are used somewhere else. We move eight million domestic passengers a year between Melbourne and Sydney, and around five million a year between Sydney and Brisbane. We’ve got the resources and knowledge, the energy from solar power, it’s just ideal.”

Also reflecting the evolving nature of the industry, are the ITS Summit technical tours and exhibitors which cover a wide range of advanced technologies not previously available including access to behind the scenes intermodal facilities, wireless innovations, intelligent sensors and scalable data flow solutions.

Australia’s intelligent transport systems industry is leading the way in assessing, facilitating and monitoring the transformation of the way we transport people and freight. ITS is increasingly influencing decision making and positively impacting the economy.

As Mark Jackman, Regional President, Chassis and Vehicle Safety Systems, Robert Bosch Australia, explained, “The ability to move freight and people for business and leisure is key to our economy and wellbeing. Every intelligent city requires a smooth and efficient transport system, and a vast and decentralised country like Australia is the perfect place to design and test Intelligent Transport Systems.”

For more information about the Australian Intelligent Transport Systems Summit, being held from 27-28 September 2017 in Brisbane, head to www.its-australia.com.au.