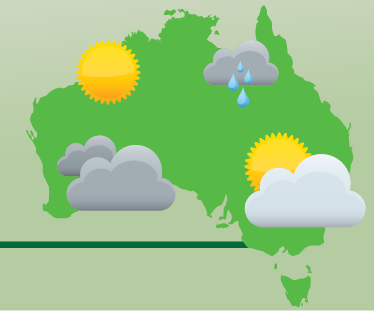 Airservices has installed five additional weather camera sites to the website portal with the support of local airports and the Bureau of Meteorology.

The weather camera portal allows pilots to view actual weather conditions at locations and since the initial launch in May 2017, the portal now contains a total of 17 sites at various aerodromes across the county.

“In order to provide this service to industry, Airservices has been working in partnership with the Bureau of Meteorology to select sites that have already have suitable power, communication infrastructure and camera equipment,” Mr Harfield said.

“Thanks to their strong support, we are pleased to be activating live feeds from another five sites.”

Airservices will continue to partner with the Bureau of Meteorology and local airports to focus on the next phase of the project which will see new builds of camera infrastructure at safety critical locations. The online survey completed by industry in April 2017, has assisted in identifying these potential future camera sites.

“I want to thank all those who participated in the online survey to identify those locations that the aviation community feels would most benefit from up-to-date visual weather assessments,” Mr Harfield said.

“The knowledge we obtained from the online survey has provided valuable input in both the planning and implementation of the next phase of this project.”