Are we witnessing the rise of the machines? The 18th Century is often called the Age of Enlightenment as there were significant leaps forward in our understanding of the sciences, art and astronomy. Over the last few years we have seen significant shifts in social media and how we communicate with one another via the likes of Facebook, Twitter, etc. In the future, will humanity look back on the early 21 st Century as the Age of Connectivity? 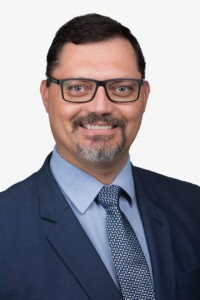 The application field is nascent and the hardware is developing faster than the applications are taking advantage of. The hardware manufacturers are operating akin to the style synonymous with the now famous movie A Field of Dreams where Kevin Costner says “Build it and they will come”. Is this hype or is there real benefit for the asset management industry?

If we look at different technological elements such as computers, nanotechnology, artificial intelligence and quantum theory, all of these disciplines are now converging, and the rate of change is ever increasing. This rate of change is also forcing the cost of production down.

For instance, an accelerometer which cost seven dollars less than 10 years ago can now be obtained for only 50 cents. This has had the effect of making data acquisition a more cost-effective process. 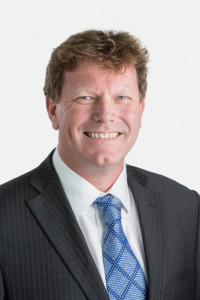 Introducing the concept of Cognitive Extension (CogEx) assists us in understanding the benefit in terms of asset management. If an individual thinks of themselves as currently limited in terms of their ability to acquire new insights due to a limitation of their sensory inputs and cognitive reasoning abilities, then an augmentation of these abilities (however unimaginable) will lead to greater awareness and insights into their surroundings. By virtue of the fact that such an extension is indeed possible in the case of the organisation – be it a plant, a production process or the provision of a service – the potential result is better decisions with respect to assets.

Imagine for a moment that we had additional sensitivity in our awareness of our surroundings; if we had the taste buds of a catfish (humans have 10,000, while catfish have 250,000), or if we could see ultraviolet and polarised light as a mantis shrimp does.

Now imagine a maintenance inspector in a plant having the ability to “see and hear” the whole radiated electromagnetic spectrum (hearing the ultrasonic partial discharges or seeing the infrared hotspots) that a machine gives off. Imagine the inspector being able to “taste” the lubrication oil and detect particles of metal wear; “smell” the products of arcing in real time and “see” the inclement weather closing in from miles away on their plant!

Adding to these abilities, experience spanning many years of operational experience, gained across these trended values from many different organisations and in various different situations, and being able to make an accurate health indices prediction in an instant, and in real time; our Cognitive Extension is complete.

The sensors available today are low cost and there is now also a plethora of microcontrollers (MCU) from as little as $20 each which can sample up to eight signals and report them in their raw form or do any level of sophisticated processing on them.

The main objective is to get the data streams to a point in the IoT architecture where it can connect directly to a high-bandwidth ADSL/NBN or 3G/4G/5G connection, and where all of the data is aggregated so that only one subscription for the connection is being paid for, instead of paying a subscription for each and every data signal.

This has created the opportunity to create low-cost communication networks, all of which utilise the unlicensed band (ISM). Most people are familiar with the ubiquitous “WiFi” band, and some know that it makes use of a standard interoperable protocol called the IEEE 802.11 protocol. This is now being added to by SIGFOX, LoRa, Zigbee, WiMAX, Ingenu and Taggle.

Most of these devices are developed with a focus to operate within the ISM band or other unlicensed spectrums in other countries. What is also occurring is a focus on reducing power consumption so that these devices may be powered by batteries for years before requiring battery replacements.

There are gateways available on the market, called Systems on a Chip (SoC), which can connect to a 100BASE-TX network, whilst simultaneously receiving data from 256 I2C protocol sensor-gateways, a WiFi Network (receiving streams of existing process parameters via an on-board open-source OPC UA server), a 64 sensor network of LoRaWANTM RF-Mesh sensors, four
SPI high-speed connections and last but not least, feature rich user interfaces (UX) for less than a couple of hundred dollars each. What becomes clear here is that there are more technologies (sensors, SoCs, wireless protocols and legacy systems) to grasp and design architecture for.

Companies which entertain using the IoT for asset management can start by first thinking of extending the cognitive abilities about their assets (CogEx). Selecting the signals and then thinking about what these will reveal about the state, condition, level of urgency of attention about those assets, is particularly useful.

These could also be used in such applications as:

These signals then drive the search for the sensors and the System-on-a-Chip (SoC) which can speak to these sensors. A shopping list then forms from the sensor list, the SoC and the communication requirements until a gateway and a cloud aggregating service is identified.

This “IoT Supermarket” approach leads to ensuring that all the items are selected. This shopping exercise requires thinking about the coverage, battery power, maximising the capabilities of the SoC and allowing some room for new additions. Drawing up an IoT architecture allows for refinement and revisiting the selections made. The user is only limited by their understanding of the asset which, in some instances, is best taught by observing the signal trends.

Data as an asset

A health check on this technology development is for the organisation to consider that just because it can measure something – should it?

Many organisations are data rich and information poor. Data is gathered and never used. In many cases, it is not treated as an asset itself.

There is a decision to be made here about the installation of technology that can best be utilised to measure parameters that aren’t immediately useful, but could be used in the future. The reducing marginal cost of sensors may lead to those with additional capability being installed, but not ‘switched on’ until needed.

For an organisation to make the most of these advances in technology, there are two supporting documents that should be developed – an IoT Strategy and an Asset Information Strategy. These will provide the structure and direction for the development of an implementation program, and the use of the subsequent data to achieve the objectives of the organisation.

On a more philosophical note, we are seeing the increasing use of ‘machine-to-machine’ communications and the increasing development of artificial intelligence (AI) by learning from experiences and monitoring results, thereby reducing the need for human involvement.

We need to be aware of potential bias in modelling from these situations; the AI will only learn from our approach and can unintentionally include our preconceived biases. As highlighted in the film Terminator 3, are we witnessing the rise of the machines?