In select issues of Infrastructure magazine, we’ll be considering some of the biggest questions when it comes to public infrastructure in Australia. We’ll be talking big ideas, key proposals and planned projects, and asking two experts to debate the issue. In this edition, we’ll be looking at Victorian road projects, in particular the proposed East West Link and the West Gate Tunnel, and our experts will be going head to head over which one they think would most benefit the state. 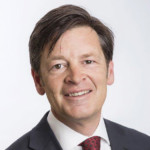 Ask any driver in Melbourne’s western suburbs: the West Gate Bridge is packed. Drivers spend hours and hours stuck bumper to bumper. And if there’s an accident, the entire city can come to a complete standstill.

That jump won’t just affect drivers in the west. The impact will be felt right along the M1 corridor, from Geelong to Pakenham. In fact, the whole of Melbourne will grind to a halt.

It will take thousands of trucks off local roads in the inner west, shifting them onto a dedicated, highly efficient route to the Port of Melbourne.

It will create 6000 jobs while protecting and improving public open space in the inner west.

It’s the road we need most urgently – but it’s just one part of the most ambitious infrastructure agenda this state has seen in generations Unlike the previous, do-nothing Liberal government, we know that there is no single solution to fixing congestion.

That’s why, in addition to the West Gate Tunnel, we’re building the $11 billion Metro Tunnel to create the “turn up and go” public transport system Victorians deserve.

We’re getting rid of 50 dangerous and congested level crossings across Melbourne – 10 are already gone and a further 16 are under construction.

We’re building North East Link to complete the Metropolitan Ring Road and end the rat runs that have plagued the north east for decades.

We’re using technology and innovative intersection upgrades to get the most out of Hoddle Street, making our busiest arterial road faster and more reliable.

In the next 18 months we will see the completion of the CityLink Tulla Widening project, the M80 Upgrade, the Swan Street Bridge Upgrade and Stage 1 of the Monash Freeway Upgrade.

There is simply no comparison between the two approaches – The Andrews Labor Government is building congestion busting projects right across Melbourne – the Liberals wasted four years on a single dud of a project The East West Link would have lost 55 cents for every dollar of investment.

It would have dumped traffic on Hoddle Street and failed to address our most significant transport needs.

We went to an election saying it wasn’t good enough and we’d scrap it – and that’s exactly what we’ve done.

The West Gate Tunnel project stacks up, it will return $1.35 for every dollar invested, and we’re getting on with it. 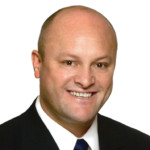 The East West Link was identified as an essential project

As all of us who live in Melbourne know very well, traffic congestion across our city continues to worsen to levels far beyond what can be deemed acceptable. Indeed, with Melbourne now growing faster than any other major Australian city, it is no wonder that this problem is worsening – yet it doesn’t have to be this way.

One only needs to cast their eyes elsewhere in Australia to see how other state governments have been working furiously to ensure road infrastructure keeps pace with population growth.

Whether it be WestConnex or NorthConnex underway in Sydney or Brisbane’s Airport Link tunnel, other cities have been getting on with the job of building visionary road infrastructure to benefit their citizens for generations.

By contrast, Melbourne – a city forecast to top eight million residents by 2050 – has not had a single major new metropolitan road project built for almost a decade.

The former Coalition Government in Victoria was conscious of this fact and therefore set about to plan, design, fully fund and construct the East West Link (EWL), which, by 2019, would have comprised Melbourne’s much-needed second major east-west freeway and river crossing.

Indeed, the EWL was identified as far back as 2007 (following an exhaustive study commissioned by the former Brumby Labor Government and undertaken by Sir Rod Eddington) as an essential project that would have both significantly reduced reliance on the gridlocked Monash Freeway and West Gate Bridge, and provided an alternative route for residents and freight operators in Melbourne’s east and south east heading to the city’s northern and western suburbs.

Importantly, Stage 1 of the project would have also seen an end to the notorious bottleneck at the end of the Eastern Freeway at Hoddle Street, where thousands of motorists remain gridlocked each day.

What follows in this story is notoriously well known.

The Andrews Labor Government’s purely political decision prior to the 2014 state election to tear up the EWL contract at an eventual cost to taxpayers of $1.2 billion remains one of the most reckless and irresponsible decisions of any government in Australia’s history.

What’s more, aside from seriously damaging Victoria’s reputation as a place to do business and eliminating the prospect of any meaningful and much-needed road infrastructure projects in the foreseeable future, Labor’s alternative West Gate Tunnel (WGT) project, originally known as the Western Distributor, remains deeply flawed and troubling.

The Coalition has serious reservations about the WGT project and we believe it is an inferior alternative to the EWL for a number of reasons.

To date, the WGT’s evolution has been a rushed process, which has been resultant from Daniel Andrews’ scrapping of his earlier so called “shovel-ready” West Gate Distributor, and will lead to poorer outcomes.

The WGT will not comprise a true alternative east-west route given it will simply utilise and dump more traffic onto the already overburdened section of the West Gate Freeway between the Western Ring Road and West Gate Bridge.

By contrast, Stage 2 of the EWL would have seen an entirely new road built from the ring road to the bridge, thus alleviating pressure on the West Gate corridor. Additionally, the WGT does nothing for the long-suffering motorists of Melbourne’s east, who will continue to endure gridlock for years to come.

To add insult to injury, Labor is seeking to pay for the project by allowing Transurban – the WGT’s builder and operator – to continue collecting tolls from CityLink for an additional 10 years.

This means motorists in Melbourne’s east will be paying for a road they will likely never use.

All up, it could be argued that this is a project which benefits Transurban and its shareholders more than motorists.

The EWL-WGT saga demonstrates it is hard to take Labor seriously when it comes to road infrastructure building.

Next year’s election will be a choice between the Coalition’s pragmatic, evidence-based approach to identifying and building roads where they are most needed, or Labor’s ideological, rushed and reckless vision.

The EWL continues to be backed by many experts and stakeholders as an essential missing piece in Melbourne’s freeway network which we must get on with the job of building.

We owe it to long-suffering motorists and the future of our city.

Have our experts got it right, or have they missed the mark? Head to www.bigideasforum.com.au to share your thoughts.