A nationally consistent approach to infrastructure Australia’s transport infrastructure is expected to change considerably over the next few years with developments in automation, connectivity and smart motorways. With these advancements happening so rapidly, the need for a nationally consistent, harmonised approach to legislation and regulation, including road rules and vehicle standards, is critical.

A national standard for road laws will ensure that Australian drivers can travel between states and be confident they are following the same rules and regulations.

Drivers also need peace of mind that the available technology their car utilises will continue to operate seamlessly over any border.

Over 400 Australian and international industry leaders attended the Australian Intelligent Transport Systems Summit, Brisbane, hosted by ITS Australia in partnership with the Queensland Department of Transport and Main Roads, in September where attendees could share information on ITS and consider opportunities to make Australia’s transport networks safer, more efficient and sustainable.

The theme of this year’s Summit was ‘Transforming Transport’ and it focused on three key areas:

•Mobility as a service and big data; and

Over 50 speakers presented at the Summit which was officially opened by the Hon Mark Bailey MP, Minister for Main Roads, Road Safety and Ports.

Through the Summit, innovators from across Australia were given the opportunity to promote new initiatives and take part in panel discussions regarding the national harmonisation of driving standards.

There are many variables to consider in regards to a nationally consistent approach to road laws. Being unable to fully predict the technologies of the future, means that planning the necessary infrastructure and standards can be a difficult task.

Mr Retter said governments will need to be flexible and in tune with changing technology to help facilitate the transition to a more harmonised approach.

“There are many unknowns in terms of the types of technologies that will ultimately win out, the timing of deployment, take up by consumers, changes in business models, and fundamentally, changes in consumer behaviour and travel patterns,” Mr Retter said.

If a new national approach doesn’t adequately account for changing technologies it can create adverse effects such as increased congestion and reduced driver safety. 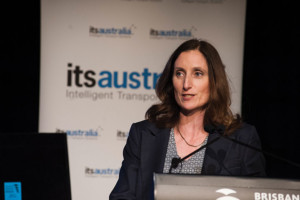 “Technology is really critical, but that is also what creates the challenges, because technology, particularly when we look at automated vehicles and connected vehicles that communicate with the infrastructure, in that space is constantly evolving,” Ms Harris said.

“It creates the challenge of trying to develop standards that will enable this smooth communication, this new communication pathway, if you like, between vehicles and infrastructure.”

If there are variations in road infrastructure and the laws surrounding road rules across different states, it can impede the development of some road technologies such as automated vehicles.

Mr Harvey said road infrastructure needs to be nationally consistent for technology and intelligent transport systems to be able to function appropriately.

“The role for technology and intelligent transport systems needs to be consistent, it needs to be built on the same rules and standards, so that we develop a consistent infrastructure,” Mr Harvey said.

“If we don’t have collaboration then what we’re going to have is a disjointed outcome, and I don’t think that’s what the public is going to be expecting. I think the public expect to be able to drive anywhere in Australia using the same vehicle and following the same rules and regulations.”

Adding automation to the equation “We need consistency… so that when we bring cars in that can talk to our traffic lights and our intersections, and cars that can read our signs, we know that our cars and the road infrastructure will interact in a consistent way across Australia,” Ms Harris said.

Mr Retter said we are already seeing variability with road signs and this creates issues for camera systems in vehicles.

“Automation is an opportunity to dramatically improve safety on our roads and reduce the current death toll. It could also significantly improve transport productivity. However, we will need to be smart about the way we approach these issues as there is also the possibility of adverse impacts, such as on congestion.”

Collaboration between states, national government and strong industry associations is needed to facilitate the discussion and help develop a nationally consistent approach. Various industry bodies are putting together legislation and regulation to support a national model.

In order to gain consistency in road infrastructure, the NTC recently released a report proposing 13 amendments to Australian road rules in order to facilitate harmonisation between states and territory transport laws.

The NTC is also developing an end-to-end regulatory framework for automated vehicles.

“[The framework] includes developing the safety assurance system – essentially establishing the role of government in assessing the safety of automated driving systems and determining the safety criteria that should apply,” Mr Retter said.

The iMOVE Cooperative Research Centre (CRC) was also officially launched in October of this year and will combat Australia’s complex road problems through collaborative research and development programs.

In addition, Austroads is running trials and developing guides and standards for infrastructure to ensure a level of consistency.

“Each state is running events, trials, across the network, and those trials are linked in through Austroad so that we’re not repeating exactly what each trial has done in each state, we’re trying to build on what each other’s doing at the end of the day,” Mr Harvey said.

Ms Harris said one of the steps towards road harmony that she has seen recently is the change in attitude of political leaders and key government stakeholders. Bringing the industry together

Organisations like Intelligent Transport Systems (ITS) Australia assist in being the voice of the industry and its annual Summit allows industry leaders to discuss key issues.

This year the summit was held at the Brisbane Convention and Exhibition Centre on the 27 and 28 September.

“ITS Australia facilitates an industry reference group on connected and automated vehicles which works under the umbrella of Austroads, representing a wide cross section of industry and all of the state government road agencies.

It creates a collaborative environment for industry and government to work together, and to come up with a harmonised solution that will be the best outcome for Australia, but with an eye to what’s happening internationally as well.”

Can we achieve a national transport model?

Mr Harvey said it’s not a matter of if we can achieve national consistency in our road laws, but when we can.

“The answer is it’s not an option, because if we don’t have national consistency then the road network and the benefits from autonomous connected vehicles will not be realised. The expected benefits from the technology will not be achieved at the end of the day,” Mr Harvey said.

Ms Harris said we still have a way to go before we can achieve harmony.

“We’re not there yet in terms of making sure that we’ve got all the smart technology in all the infrastructure that gets built. But there’s certainly a much higher level of awareness,” Ms Harris said.