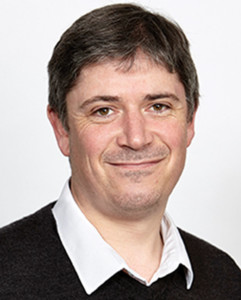 With automated truck platoons – trucks controlled by automatic systems that drive very close together – expected to come to Australia, one question that industry hasn’t thought about is the impact of these platoons on Australia’s aging bridge infrastructure. Here, Colin Caprani asks if our bridges can handle it?

Automated truck platoons are coming to Australia it seems. To power the Australian economy, around 3.5 million tonnes of freight is moved by trucks every day. This “freight task” is expected to double between 2008 and 2030. Reducing the cost of this task will make Australia more competitive, and our goods cheaper. Automated truck platoons are seen as a paradigm shift in this regard. We can expect hugely reduced labour costs, improved safety, and fuel consumption savings of about 18 per cent for bumper-to-bumper gaps of four metres. It’s enough to make truckies nervous and tech company CEOs jittery with excitement.

Automated truck platoons consist of a number of closely-spaced trucks controlled by automatic systems that control driving tasks such as steering and braking. The main benefit is the reduced fuel consumption of the follower trucks, due to the reduced aerodynamic forces.

While not necessarily driverless, these technologies, when coupled with autonomous driving systems, could mean that a platoon of six semi-trailers has just one driver. So, the savings are at least twofold: reduced fuel consumption, and reduced labour costs. The first of these relies heavily on the gap maintained between the trucks, meaning the closer the better.

In terms of the regulatory environment, the National Transport Commission (NTC) has been working on autonomous vehicles since 2015, and late last year the national enforcement guidelines were published. Laws will soon be changed around Australia to accommodate these smart vehicles on our roads. State road authorities are responding to the new environment. Vicroads, as just one state road authority, even offers grants to encourage trials of autonomous vehicles.

So, it seems that everybody is in favour of this future with just a few issues remaining to be finalised; truck driver concerns, and the legal and insurance framework (the technology itself seems already proven).

Except, nobody seems to have thought of the bridges.

Can our bridges support heavier loads? 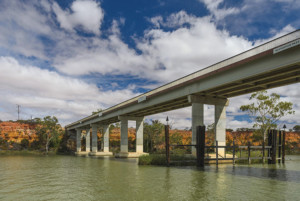 Approximately 70 per cent of Australia’s road bridges are more than 40 years old. About two-thirds of the country’s dual carriageway network was built before 1974. With good maintenance, it’s expected a bridge can last 100 years, but we cannot be sure. The technologies and materials used in many of the bridges on our road network have not even been around for 100 years. Indeed, the bad news is that about half our bridge stock is rated as being in poor condition, and the majority of bridges are not being inspected as frequently as they should.

Of course, the strength of even a degraded bridge is only one half of the problem, the real question is whether or not the bridge is strong enough to carry the loads on it. Of the several load types a bridge must support, the traffic loading is the most significant. For bridge lengths up to around eight metres, the maximum weight of axle groups (tandem, tridem, etc.) is critical; up to about 20m, the maximum weight of a single-truck per lane governs; up to about 40m, multiple trucks per lane govern; and beyond that, congested traffic is critical, in which queues of closely-spaced trucks govern. Clearly then the two key components of bridge loading are the weight of trucks, and the spacing of trucks.

But how heavy is a truck? Roughly, the legal limits for vehicles in Australia have been increasing about 10 per cent per decade. However, it is not the legal limits that tends to drive bridge design or assessment, but the number and magnitude of illegal overloading. As a result, a statistical analysis is required to find the weight of the one in 100-year truck, or similar such measure. 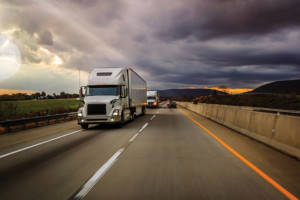 And what is the spacing between trucks? In dense but fast-flowing traffic, the gaps between trucks are not usually smaller than one second, and more typically over two seconds, leading to physical gaps which are certainly more than 20m. For slow-moving congested traffic these gaps can be substantially smaller at around 7.5 to 10m.

The safety assessment of new and existing bridges relies on accurate models of bridge traffic loading, which are calibrated against these weights and spacings of trucks. So far, this approach has served us well, and bridges are amongst the safest of all civil engineering structures.

So here is the problem: automated truck platooning voids the assumptions underpinning current bridge assessment practices. By significantly reducing the gaps between trucks, and by dramatically increasing the frequency of these small gaps, the current calibrated traffic load models are rendered invalid.

Surely such a significant existential threat to the roll-out of automated truck platooning has received the attention it deserves? Not so.

For example, state road authority Vicroads’ procedures for approving trials do not make any reference to infrastructure. Even worse, the NTC’s Guidelines for Autonomous Trials simply says that, “trialling organisations must inform road transport agencies of any infrastructure or network requirements for the trial”, the clear implication being that the public must fund whatever infrastructure demands trialling companies make.

So, to summarise the current state: bridges are getting older and their strength is degrading, trucks are getting heavier and more frequent, and the way we check bridge safety does not allow for automated truck platoons.

There is clearly a problem.

The implications need to be addressed

Such existential problems to the advancement of a new technology are usually identified and addressed. But this has not happened here; no research has been done to assess the impact of automated truck platoons on bridge loading.

In part, this is because the asset owner (the public) and the beneficiary (private industry) are different entities. One presumes the thought processes are, why should the public directly fund capital for private profit, and why should private industry fund a public asset? Until a clear financial link between investment and beneficiary is made, it is hard to see who should shoulder the cost of the research and development that is required.

Nevertheless, there is a silver lining. The technology that is used in automated truck platoons can be adapted to manage the loads imparted to the bridge. A recent study has shown that actively managing the gaps between trucks can lead to significant beneficial outcomes for bridge safety (Figure 1). 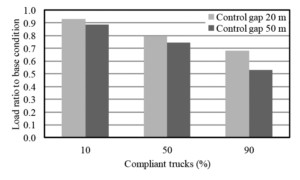 In spite of these promising results, a single study is insufficient grounds to build a new industry and assume that the roll-out of automated truck platoons will be unhindered. Indeed, without more preparatory work, the nascent industry will be in for a shock when applications to run truck platoons are eventually assessed against the limitations posed by degraded bridge capacities and consequently rejected.