In 2016 Port Hedland International Airport (PHIA) announced plans to significantly upgrade its airport infrastructure as part of a strategic plan to develop Port Hedland as a leading regional airport in the area of passenger, freight movements and customer satisfaction.

It has been two years since AMP Capital and Infrastructure Capital Group acquired the long-term lease of Port Hedland International Airport.

Managed by the AMP Capital and Infrastructure Capital Group, the PHIA Group of Companies (PHIA Group) is the operator of the Port Hedland International Airport. Under a lease agreement with the Town of Port Hedland, the PHIA Group has an obligation to spend $40 million in capital expenditure in the first five years of the lease.

The PHIA Group will be finalising its draft Master Plan, which sets out future upgrades and improvements to the airport. Plans have been announced for a runway lighting upgrade, a new terminal and other airside infrastructure works. 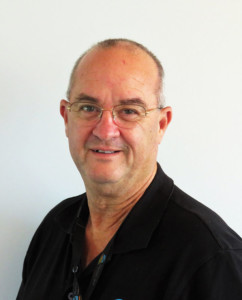 Rod Evans, General Manager, Airport Operations, at Port Hedland International Airport said that, while it was one of the smaller projects, the planned runway lighting upgrade would provide increased safety with medium intensity lighting.

“We’re in the design phase of that at the moment, and once all the quotes are assessed, we’ll present to the Board for approval to proceed. This work will future-proof the runway lighting system to a higher standard than currently required,” Mr Evans said.

Mr Evans said the airport is also planning an asphalt overlay of the runway to ensure large freight aircraft such as the Antonov 124, one of the world’s largest aircraft, can continue to touch down at PHIA.

“We wish to firm up the opportunity of being available as one of the longest and strongest runways in the northwest, between Perth and Darwin,” Mr Evans said.

PHIA is also exploring the possibility of a new taxiway that will link the runway to the eastern end of the apron, where aircraft are parked and serviced. At the moment, the airport only has one stub taxiway access onto the apron.

Mr Evans said he expects some of these airside projects to begin construction mid-2018, once all design work has been completed and there is final approval from the Board.

Investing in a new terminal

Mr Evans said a new terminal is also being planned for, with the Board of the view that this is the best solution going forward, for both the airport and the community.

The current terminal was built in the 1970s. The Board weighed up refurbishing the current terminal, against building a modern terminal with the flexibility for expansion, and concluded that the latter offered better opportunities to meet passenger expectations, safety and security, and improve the overall customer experience.

“The asset that we have here is dated, it’s getting tired. We’re in the very early stages of concepts around a new terminal development at the airport that will allow us to manage the current demand, and also have the ability to have further expansion options as required in coming years as demand requires it,” Mr Evans said.

“The infrastructure owners have a 50 year lease, so this will be a long-term solution to the terminal challenges at the airport.”

The potential location of the new terminal is on a greenfield site, and would allow the current terminal to continue to operate relatively unaffected while construction takes place. The safety and security requirements of a modern airport operation are paramount.

“This type of development allows us to continue to operate in the existing terminal, albeit with some restrictions,” Mr Evans said.

PHIA are hoping to have shovel in the ground by June 2019 and construction completed by the end of 2020.

The main aim of these upgrades is to ensure Port Hedland International Airport is recognised as one of the best regional airports in Australia.

“The airport currently has the longest runway in the northern part of WA, apart from the military airports at Curtin and Learmonth. We wish to continue to be the primary port of call,” Mr Evans said.

“The customer base and the people that use this airport are a different demographic to tourist market airports. We certainly have a tourism destination, with the Karajini National Park easily accessible, but the major customers of the airport are based around the resource companies that utilise its facilities, and the community it serves.

“We’ll be looking to install and operate the latest technologies, allow for emerging technologies into the terminal design, so that it can meet the demands that will be placed on it, both now and into the future.”

Airside improvements such as the asphalt overlay of the runway will also decrease maintenance costs over a longer period of time.

“The International service to Bali has been successfully operating for many, many years, and part of the new terminal design will ensure that we continue to provide for this service. If other opportunities arise for international operations, we’ll be in a strong position to be able to facilitate those as well.”

Port Hedland’s main operational challenge centres on the difficulty of attracting people and business to the north west of WA, which is one of the most isolated areas of Australia.

With the Port Hedland International Airport transformation already well underway, attracting and maintaining future workforce in the Port Hedland area may soon prove to be a much easier task for everyone, with a modern airport infrastructure built for the future.