Protecting our infrastructure corridors is good for growth 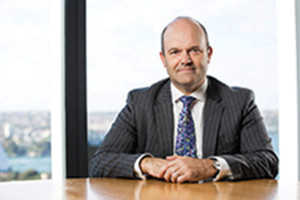 In the 1950s and 1960s, our population growth was even faster than we face today. But because we planned, we prospered – and emerged a richer nation for it. Now our nation is undergoing a new process of generational change, bringing real opportunities and challenges.

Australia’s population growth is one of the fastest in the OECD and now outstrips the UK, Canada and the United States. By 2046, Australia’s population will swell to 36 million people. That’s equivalent to adding a new city, roughly the size of Canberra, each year for the next 30 years. About 75 per cent of this growth will occur in Sydney, Melbourne, Brisbane and Perth.

To prepare for the rapid growth of this century, and ensure that we avoid a future of declining economic productivity, increasing environmental pressures and a marked reduction in each city’s quality of life, we need long term vision. Nowhere is this vision more necessary than in long-term planning to protect our strategic infrastructure corridors.

Protecting corridors could save money

Last year Infrastructure Australia released a paper, Corridor Protection: Planning and investing for the long term, showing that strategically important infrastructure corridors need to be preserved early to avoid cost overruns, delays and unnecessary acquisition of homes and businesses when projects are rolled out.

Protection and early acquisition of just seven corridors identified as national priorities on the Infrastructure Priority List could save Australian taxpayers close to $11 billion in land purchase and construction costs. To put that sum in perspective, it is the equivalent of more than two years’ spending by the Australian Government on roads and railways.

Whether it’s a high-speed rail corridor on the east coast, a new ‘orbital’ corridor around Sydney, the Western Sydney Airport Rail Line or freight rail connections in Melbourne and Brisbane,  Australian governments need to act urgently to secure our future infrastructure.

High-speed rail along the east coast of Australia is incredibly important for our regions and major cities and has the potential to super-charge our national productivity, but if we don’t take the first step in protecting this vital corridor we are at risk of not seeing it delivered.

Similarly, the Port of Brisbane dedicated freight rail connection needs to be preserved to increase export capacity and ensure freight can continue to get to market.

Protecting nationally significant infrastructure corridors like these means we can shield governments and taxpayers from future growth in land prices and limit development encroachment, which has constrained integrated land use and transport planning efforts in the past.

An early action approach also helps minimise the need for underground tunnelling, where the cost per kilometre is 5-10 times that of an overground infrastructure solution. In fact, recent tunnelled motorway proposals are expected to cost in the order of $100 million per lane kilometre to build.

Every dollar saved through early action on corridor protection is another dollar that can be invested back into productivity-enhancing infrastructure to underpin our future growth as a nation. With close to $11 billion in taxpayer savings Australian governments could deliver on a range of transformative national projects identified in Infrastructure Australia’s Infrastructure Priority List.

That’s why Infrastructure Australia is recommending that a national framework for corridor protection be put in place to guide coordinated and meaningful action by all levels of government. A coordinated approach, involving joint governance arrangements to oversee land acquisition, joint funding commitments, and joint agreement regarding land use management measures will keep governments at both levels honest and committed to the urgent task at hand.

State and territory governments have shown leadership on corridor protection in the past. During the mid-twentieth century, a number of jurisdictions applied processes to protect future Infrastructure corridors from development. The M4 and the M5 motorways in Sydney, the M1 and EastLink motorways in Melbourne, and the Mandurah rail line in Perth are great examples of this long-term vision.

Our generation is the beneficiary of that leadership and foresight. It is now time that governments — state, federal and territory — showed it again. It is up to Australian governments to recapture the ambitious spirit that made this country a shining success in our region and an international leader in infrastructure delivery.