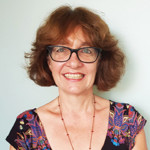 by Professor Sisi Zlatanova, Faculty of the Built Environment, UNSW

UNSW has created a new 3D geospatial information research centre that will be run by leading geospatial scientist Sisi Zlatanova and produce 3D digital maps of Sydney’s buildings and infrastructure. Here, Ms Zlatanova explains some of the research the centre will be undertaking and how they plan to move the data of the city’s buildings to the third dimension.

The progress in 3D geospatial information over the last few years clearly shows that the previously sharp boundaries between the methods and approaches used to represent the real and design world are diminishing. All systems, regardless of their origin and focus — from GIS, DBMS, BIM, AEC, computer graphics, serious games, to VR and AG — attempt to extend their core functionality to handle and/or analyse 3D geographical data.

The demand for 3D functionality and applications is increasing. Cities are expanding and the dependencies between buildings, transportation, above and underground infrastructure, green and water areas, underground soil layers and so on, are becoming more elaborate and cannot be solved with 2D maps.

There is a strong demand for 3D in sectors such as:

The real world is 3D and so must be the digital world! 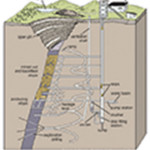 Figure 1: Integrated modelling of above and below surface is needed 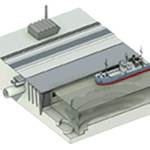 It is evident that integrating data from different environments (indoor/outdoor, above/below), disciplines (cadaster, urban planning, water management, mining), and domains (GIS, BIM) is becoming a key issue. Such a fusion of 3D data in one analytical environment demands new representations and frameworks for seamless data modelling, management and visualisation.

Technological developments are moving fast; sensors decrease in size and weight and can be mounted on light platforms (such as drones) and 3D sensor measurements are becoming more accurate, cheaper and faster. This opens new opportunities to explore point cloud and voxel representations next to the traditional vector representations enriched with topology and semantics.

This collaborative work resulted in UNSW hiring me to coordinate the establishment of the 3D Geospatial Information Research Centre.

The new 3D Geospatial Information Research Centre will have the goal of advancing the UNSW research agenda in geospatial information and contributing to the UNSW 2025 strategy to establish UNSW as one of the top 50 research-intensive universities worldwide.

The centre will be engaged in the following key tasks:

The first and most demanding topics of research will be defined in the coming months and consider both Australia-specific and globally recognised challenges.

One of these very challenging issues is 3D modelling and analysis of the indoor environment. While 3D models for the outdoor environment have been investigated for years and have reached a certain level of maturity, 3D indoor modelling is still fragmented and controversial.

3D indoor environments are quite distinct and complex compared to outdoor. They are commonly closed spaces with restricted views and limited sunshine or artificial lights, which has impact on the sense of time, and without natural shadows, influences the orientation. 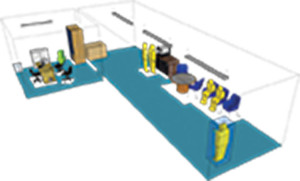 Figure 2: Automatic computation of space available for walking and flying 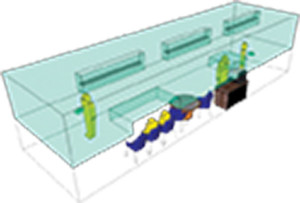 Furthermore, these are man-made structures which influence perception and commonly have many obstacles and ‘hidden’ objects. All these factors influence modelling and the development of applications for localisation and navigation (Figure 2), interior climate and wellbeing, safety and security, maintenance and facility management, and asset tracking.

3D models for a city’s infrastructure

So what kind of 3D models should be developed to serve such applications on the scale of a city or a country?

Two approaches are currently on the rise: CityGML LOD 4 (GIS-based) and IFC (BIM-based). While IFC evolved from supporting the design and construction of facilities, CityGML grew from traditional geospatial mapping and visualisation. The two concepts differ in the description of objects. IFC represents all components with their true 3D size and shape without abstractions or simplification. CityGML LOD4 is based on measurements of real-world objects and involves abstractions and simplifications with respect to the application. 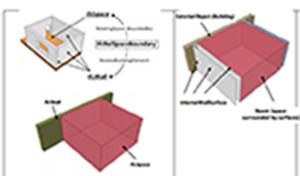 Consequently, CityGML LOD4 hidden construction elements (beams, slabs, columns) are impossible to represent. Instead sensor-detectable surfaces (floor, ceiling, wall) are modelled and united in larger units like rooms and corridors, but these lack many details. For example, a wall in CityGML is the surface of the physical wall, while IFC would describe the 3D solid of the entire physical wall. So, one physical wall in IFC would be represented by two surfaces in CityGML.

So how do we deal with these two concepts, and how do we integrate and analyse CityGML and IFC data in one environment? As IFC contains more detailed and complex information than CityGML, the conversion from IFC to CityGML is relatively straightforward and stable, but the other way around requires additional rules and information, resulting in complex, yet unsolved problems. These issues have triggered academic research on seamless conversions, ensuing the recommendation to follow first semantics-mapping, and then geometry and relationships transformations. But in-depth investigations are still eagerly required.

There are many research questions demanding attention and further development. Some of these questions include: what kind of sensors are most appropriate to create 3D indoor models? What and how are these stored? What kind of detail is needed for different applications? How can it be enriched with semantics and topology? What mapping is most appropriate between GIS and BIM models? Which visualisations are most appealing? Which approach will allow for seamless indoor/outdoor navigation?

Another topic for investigation is voxel representations. Three-dimensional (3D) rasters are simple representations, which have long been used for modelling continuous phenomena such as geological and medical objects or in environmental studies. But what if above surface buildings, trees and streets are also modelled in voxel domain?

Having a complete voxel representation of the whole world means it will be possible to seamlessly move in all directions — just like in a huge Minecraft world. This approach may enable the resolution of spatial conflicts easily and allow for various types of spatial computations such as 3D distances, volumes and cross sections, or determining 3D topological and other spatial relationships, which seem problematic in vector domain. 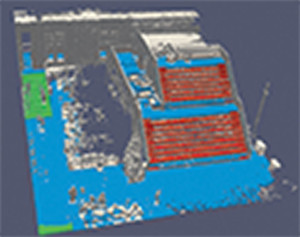 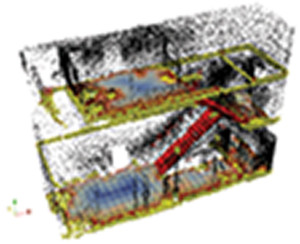 Furthermore, modelling volumetric objects, such as underground assets, water and walls, requires the deployment of complex shapes, which are prone to validity errors. The space subdivision schema can be optimised using octree and binary decompositions. Such schemas allow for enlarging the space when the properties of adjacent objects can be considered the same within a given threshold. Recent research and developments have shown that voxels can be a convenient way to analyse point clouds and indoor environments.

Voxel representation is very promising but does pose some challenges, including determining what kind of storage schema can be appropriate for covering a whole city or a country as voxels may result in large data sets. It also creates questions such as what semantic approach has to be devised that is smart enough to cover the complexity of city environment. Can a voxel representation cope better with sematic hierarchies? Depending on the granularity, can a voxel be a ‘desk’, a ‘room’, a ‘floor’, a ‘building’, or a ‘city’? Is voxel representation an approach for storage or only for analysis? And is seamless conversion from voxel to 3D vector representation possible?

The new UNSW geospatial research centre will address these challenging topics in 3D geospatial domain by investigating and developing:

Researchers in the new UNSW geospatial research centre team have already established contacts with industry, software companies, city councils, research institutes and universities to investigate and discuss cooperation agreements and funding schemas. Discussions with the UNSW faculties are continuing and the research agenda will be clarified in an upcoming series of meetings.

Parallel to this, several Australian Research Council (ARC) proposals are also in preparation and the remaining research positions will be filled out by the end of March, allowing the centre to work at full power. The geospatial team is extremely motivated and intends to be able to demonstrate Kensington and CBD showcases by the end of the year.