Expected to be fully operational in 2019, the Newcastle Light Rail will form the centrepiece of a fully integrated, vastly improved public transport network for Newcastle, which will stimulate urban revitalisation and provide a solution to transport demand for years to come.

The Newcastle Light Rail is a key part of Revitalising Newcastle, a NSW Government program focused on enhancing the city, attracting more people, jobs and tourism to Newcastle. 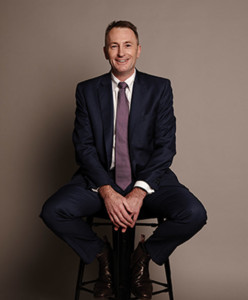 The Newcastle Light Rail project received planning approval in August 2016 and major construction started in September 2017. Downer EDI is the principal contractor and the project is on track to see customers start using light rail services in 2019.

More than $300 million worth of funds from the Revitalising Newcastle program has been put aside for the construction of the Newcastle Light Rail and associated works.

In August 2017, the NSW Government announced an additional $150 million in funding for the Revitalising Newcastle program, taking the total investment to more than $650 million.

One of the main challenges around the construction of the Newcastle Light Rail has been the historical significance of the land that the light rail alignment runs through.

“Located near and under Newcastle’s light rail alignment are archaeological artefacts including part of Australia’s first rail line, which delivered coal to the harbour. A key consideration for construction is therefore preserving, where possible and being respectful of Newcastle’s rich history,” Mr Cassel said.

“Prior to European settlement, the part of Newcastle where light rail construction is underway was Aboriginal land. The Awabakal people were the original inhabitants.”

Mr Cassel said another consideration has been the relocation and upgrading of a large number of existing underground utilities and services, including telecommunications, gas, electricity, water and sewer assets – some almost as old as Newcastle itself.

“Part of the light rail construction involves replacing sections of Newcastle’s century-old sewer network, which is up to six metres deep. This work involves using microtunnelling to replace the mains away from the light rail alignment,” Mr Cassel said. A depiction of what the Newcastle Light Rail will look like once completed.

Another project in the Revitalising Newcastle program, the Newcastle Interchange, is a new multi-modal transport hub at Wickham in the city’s west, linking trains, buses, taxis, kiss and ride facilities, and from early next year, the Newcastle Light Rail.

Newcastle’s Light Rail will start at the Newcastle Interchange, travelling along the old heavy rail route for approximately one third of the 2.7km journey before moving onto Hunter and Scott streets.

The Newcastle Light Rail is capable of transporting 1,200 people per hour. Each Light Rail Vehicle (LRV) has a maximum capacity of 270 passengers, with services running every 7.5 minutes during peak hour.

The light rail network has been designed so it can easily be extended in the future.

“Any extension would need to integrate with the six existing URBOS LRV’s. As these LRV’s are modular in design, any changes can be incorporated to ensure an integrated network for future stages,” Mr Cassel said.

“Depending on an extended route, the LRV’s could run up to 70km/hr, carrying the same capacity of passengers and provide the same level of comfort and service.”

The LRV’s, which are being built by CAF Rail, are the same as the Inner West Extension.

While only one aspect of the Revitalising Newcastle program, Newcastle’s Light Rail looks set to play a pivotal role in the city’s successful urban transformation.