Telematic data has the potential to help us better understand road use and change the way Australia manages its road network. Here, Transport Certification Australia (TCA) outlines how telematic data can re-engineer road networks and what the National Telematics Framework is doing to increase productivity for heavy vehicles and freight.

The term ‘telematics’ refers to integrated systems of information, communications and sensors to exchange data and information between vehicles and other locations, including:

The application of telematics and related intelligent technologies is increasingly being used across surface-based transport to improve the mobility of people and freight by improving safety, productivity and efficiency outcomes, including:

TCA administers the National Telematics Framework, which is a digital business platform with infrastructure and rules, which supports an open technology market for telematics and related intelligent technologies.

Facilitating the recovery of costs from the telematics and technology sector, which offset cost burdens to government The National Telematics Framework has been recognised internationally as a best-practice approach for telematics applications, in the form of ISO15638 (TARV).

The National Telematics Framework operates in a similar way to other operational frameworks in other portfolios.

Using telematics data to re-engineer how road networks are managed

The collection of data from applications managed through the National Telematics Framework provides opportunities to better understand road use, and optimise road network management.

Compared with other economic utilities (such as electricity, water or communications infrastructure), there is a comparative shortfall in data collected from road assets to inform the level of asset utilisation and consumption.

The use of telematics data, together with appropriate privacy management safeguards managed by TCA, presents a new way of accessing and analysing data.

TCA is currently implementing a new application within the National Telematics Framework, which has the potential to drive a new wave of productivity reforms for heavy vehicles and freight.

Being able to link mass information to other key pieces of data, including the configuration of the vehicle, its location and time of collection, and, when required, its speed, presents new opportunities for road managers to re-engineer their road networks.

Changes in bridge loadings due to telematics

AS 5100.7:2017 is the national standard for assessing bridge infrastructure, and forms part of the national Bridge Design series.

The standard highlights how the availability of reliable and accurate vehicle location, mass and configuration information, can enable improved productivity outcomes, without having to resort to physical upgrades of infrastructure.

The Low Speed Guidance application allows road agencies to impose low-speed speed restrictions (as needed) on bridges, and to receive reports (based on the GPS measurement of speed).

One of the challenges in deploying new pricing arrangements is the cost of implementing new technology.

There are now over 38,000 Telematics In-Vehicle Units (IVUs) already fitted to articulated heavy vehicles across the country, which are ready to support – or are able to support with minor amendments – the road pricing application (and other applications co-located within the National Telematics Framework).

This means existing investments made by the heavy vehicle industry – as well as the technology sector – can be further leveraged.  This overcomes the need for new devices to be fitted.

TCA represents Australia on two OECD (Organisation for Economic Cooperation and Development) Working Groups, the outcomes of which will support the wider use of telematics to support future road management reforms. These groups are:

Policies to Extend the Life of Road Assets

Both Working Groups include representatives from around the globe. The documented outputs of both working groups will be finalised over the next twelve months. 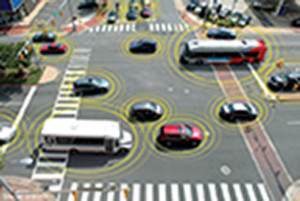 TCA’s role involves the interaction of three distinct stakeholder groups to deliver improved public outcomes through the use of in-vehicle technologies:

By promoting an open technology market, TCA performs a key role in avoiding:

In recognition of the opportunities (and challenges) associated with the disruptive influences of new technologies and business models, TCA is running a Breakfast Series in 2018. The Breakfast Series is a way for telematics users (Government, Technology and Transport Industry) to come together and discuss current and emerging opportunities, to exchange ideas and stimulate change.