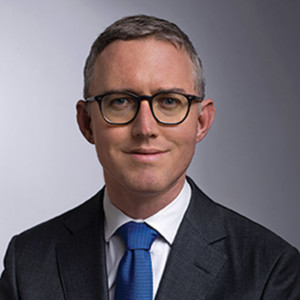 Governments have used public private partnerships (PPP) to engage the private sector to develop and maintain infrastructure assets for several decades, while typically retaining responsibility for delivering the core public services from those facilities. In recent years, governments have started to look more and more to the private and not-for-profit sectors for core public service provision.

For governments, the costs of developing and constructing a public service asset, such as a hospital, may be much less significant than the cost of providing services from that asset over the long term. This is increasing the focus on the services to be delivered from the assets, rather than the asset itself. Taken to its extreme, one might say that the infrastructure is just there to keep the rain off the services.

This article considers the key benefits of this trend, what it means for infrastructure players, and a recent case study from Australia – the NSW Social and Affordable Housing Fund (SAHF).

Importantly, this trend is not just limited to housing and health projects – it is relevant across other sectors including justice, airports, education, and can even be applied to transport and roads.

Key benefits of a service-focused PPP

Efficiencies in service (rather than asset) delivery can present greater opportunities and cost savings for both government and non-government parties, while improving the outcomes produced by infrastructure. In particular it:

Under service-focused PPPs, the infrastructure is undoubtedly critical – but it is critical as an enabler of outcomes rather  than in its own right. This means that service-focused PPPs go hand in  hand with outcomes-based contracting where there is a focus in the contract on the outcomes produced by the infrastructure and, in many cases, a link between the contractual payments and the outcomes delivered. The benefits of this approach are twofold:

Outcomes-based contracting is already evident across all sectors involving government-procured infrastructure. Early adoption has occurred in social infrastructure, such as health, corrective services and social housing, where the savings to governments are most easily quantified.

It is now being picked up in sectors such as ICT, ports and transport. For example, the current Region 6 Bus Transaction in NSW includes payments linked to outcomes consistent with the service timetables.

The NSW Government signalled its commitment to the approach when it introduced a new budgeting system which links payments made from Treasury to each of the departments to the outcomes achieved by those departments. Similar changes are afoot in other jurisdictions. This will drive departments to adopt similar measures when contracting with the private or non-government sector, including in the context of PPPs. Service-focused PPPs provide the optimal contracting vehicle for this approach, especially in circumstances where an asset-based PPP would otherwise be considered.

The other key driver for this model is innovation. Service-focused PPPs are designed to leverage the private and not-for-profit sectors expertise and experience in service delivery, and therefore do not necessarily mandate the method of delivering the services.

This encourages bidders to be creative in their proposals to government, and allows the successful contractor to respond to changing circumstances during the term by adopting new technologies or processes. If the contract is structured correctly, these efficiencies will be shared between the state procuring party and the contractor, creating a win-win result.

Another key benefit to government is that service-focused PPPs can achieve off-balance sheet treatment, which may be desirable in times of budgetary stress.

What does this mean for governments?

What does this mean for non-government participants?

The emergence of service-based PPPs is relevant to traditional private sector participants such as sponsors, developers, financiers and O&M providers as well as not-for-profit participants.

The social and affordable housing fund

As governments increasingly look to improve service delivery, the NSW Government’s SAHF is being held up as a ground-breaking, service-focused PPP and a test case for governments seeking to reduce cost, encourage innovation and respond to the growing focus on social outcomes.

The SAHF project has been heralded as the first of its kind in Australia and part of the biggest social housing reform in 40 years by the NSW Treasurer and the NSW Minister for Social Housing respectively.

Social and affordable housing is a major issue for most Australian governments. In light of Australia’s worsening housing affordability crisis, it is becoming increasingly difficult for lower income households to access housing on an independent basis. As a result, the demand for social and affordable housing is rapidly increasing – there are over 60,000 applicants on the waiting list for social housing in NSW alone. At the same time, state governments are faced with unsustainable operating deficits and aging public housing stock.

The solution requires governments, the infrastructure sector and not-for-profit organisations to work together in partnership to experiment with new and innovative models, maximise and unlock land, and attract more private capital.

In NSW, the government established the SAHF and used a service-focused PPP model to procure access to 2,200 new social and affordable dwellings in its first phase. A second phase of the procurement is underway.

The SAHF will fund 25 years of operating subsidies to service providers. This subsidy will bridge the gap between existing rental streams, and the cost of securing and developing new social and affordable housing stock.

In doing so, the NSW Government will seek access to housing as an “accommodation service”. Importantly, as part of these service arrangements, the government will not provide any land to the community housing providers and will never own the land or the dwellings (including at the end of the term). Instead, these providers are required to bring or secure their own land (for example, by acquiring or leasing it).

The community housing providers will also be required to provide traditional services such as tenancy and asset management, as well as facilitate access to wrap-around support services designed to create pathways to greater independence for households, including, for some, transitioning from social to affordable to private housing.

The SAHF is an example of how a service-focused model and contracting structure can drive better social outcomes – in this case, a better housing experience and more opportunities, support and incentives to transition out of social and affordable housing.

As part of the proposal process, bidders were asked to put forward proposals that achieve social outcomes, including improving employment and education prospects, providing stability and support to women and children who have experienced domestic violence, and to people with mental health support needs, improving connectivity with family, kinship and community, and achieving economic independence for tenants.

The social outcomes are included in the SAHF service arrangements and lay the foundation for a transition to an outcomes-based contract arrangement.