A recently published report on a scenario planning exercise conducted last year for the Government on the future of freight and supply chains in Australia has highlighted interesting insights into the future readiness of our infrastructure. 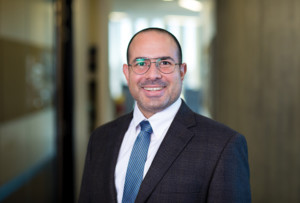 Last May, during the 9th meeting of the Transport and Infrastructure Council in Darwin, the Hon Michael McCormack MP, Deputy Prime Minister and Minister for Infrastructure and Transport, released the highly anticipated final report of the Inquiry into National Freight and Supply Chain Priorities. Led by an industry expert panel and conducted by the Department of Infrastructure, Regional Development and Cities (DIRDC), the Inquiry represents the starting point for a National Freight and Supply Chain Strategy for Australia, to be released early next year.

The process of creating the scenarios started with a series of 52 in-depth interviews with experts in different areas that are relevant to freight, logistics and supply chains in Australia, to explore what developments they anticipate could take place over the next two decades. A careful analysis of these interviews, supplemented with a review of written reports, revealed more than 200 different future drivers of change (such as artificial intelligence and driverless cars), which were grouped into 43 families. The expected impact and likelihood of each family was then assessed through a survey with 124 respondents.

Two areas, including a total of seven families of future drivers of change, emerged from the survey as the most powerful and uncertain: first, the widespread use of automation technologies; and second, an increased pressure towards environmental sustainability. These two areas, along with a total of 32 families of future drivers of change that were considered beyond the control and influence of Australia, became the ingredients used to create a set of four future scenarios imagining the world in 2037. These included: (1) Rise of the Machines, a world where technology is ubiquitous and machines displaced many workers; (2) Enter the Dragon, where China is the dominant force in an increasingly fragmented world; (3) Flat, Crowded and Divided, where easy access to cheap labour has nullified any hopes of a technological revolution; and (4) Big Brother Goes Green, where the effects of climate change push governments and consumers to demand high environmental standards.

A central narrative was crafted for each scenario, as a rich description of the future, full of elements that are relevant and challenging to supply chains and freight. The scenarios were designed to be plausible to people in industry, as well as internally consistent, thoroughly different from the present and from each other, and complementing each other as a set. To illustrate what the world might look like in each of these futures, several “news articles” accompany each scenario. Detailed brochures for the four scenarios are available online at cscl.space/scenarios.

In them we can read about a fleet of robots that deliver parcels by air and ground directly to Australian homes, or about the case of a local winery that just shipped a container of Australian wines from Victoria to Shanghai using exclusively autonomous ships and vehicles, without the intervention of a single human. In one scenario, China has become the sole dominant power in its half of the planet. In another, the world economy has fragmented into blocks, with barely any trade between them. Cyber attacks, terrorism and slander are used as weapons to disrupt supply chains in one scenario. In another, a whole new generation of consumers, the Alphas, demand high levels of service and fast delivery in everything they buy. 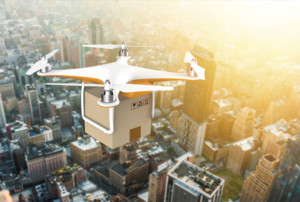 These scenarios are not only thoroughly grounded in data but also make for an engaging and stimulating read. However, they are not predictions; their purpose is not to forecast what the world will look like in 20 years. Instead, these scenarios present us with several versions of what the world might look like. Their purpose is to help us prepare for what the future could bring. One can think about scenario planning as a vaccine against future surprises.

The four scenarios we developed then served as the backdrop for a series of four workshops conducted across Australia, with the participation of 90 experts from different areas relevant to the supply chain, logistics and freight. In these workshops, the experts discussed the challenges and opportunities that each scenario presents to Australia and shared their recommendations for Australia to be successful in each one of these divergent versions of the future. More than 15,000 words’ worth of handwritten expert recommendations were collected from the workshops.

Careful transcription and analysis of these allowed us to identify the most frequent and robust ideas that were proposed. A summary of the findings from this project were compiled into a final report submitted to DIRDC in November 2017. That report, along with its appendices, have now been made public by the Government, along with the final Inquiry report, which stated that “CSCL’s work is one of the first serious pieces of scenario work in the Australian transport sector”.

A major theme in the experts’ recommendations that is common to all four scenarios is the ever-growing importance of data. For Australia to be successful in any of the futures we envisioned, large amounts of relevant, timely and reliable data must be gathered and shared. This will require developing open and common data standards, and balancing the need to protect confidentiality with the need to share data.

A second major theme that is common to all four scenarios is the need for future-ready skills and education. We were told that training in robotics, automation, artificial intelligence (AI) and data analysis should be widely available. A focus on science, technology, engineering and maths (STEM) should start in Year 1. Workers who are displaced by new technologies should be retrained, so they can re-enter the workforce, or be compensated.

A third major theme, robust across the four scenarios, is the need to rethink regulation. For Australia to be successful in any of the futures we explored, the experts told us it is necessary to simplify, standardise and harmonise regulations across levels of government and geographies. Regulations, and the process to create them, must become more flexible and agile, to promote innovation while protecting consumers and the environment.

Other robust recommendations that are necessary for Australia’s success in all four scenarios include making exports faster and easier, and including logistics as a consideration in urban planning from the start instead of as an afterthought.

Because they were explicitly mentioned by the experts as valuable in all four scenarios, there is no doubt that these recommendations concerning data, skills, regulations, exports and urban logistics are robust. This means that, regardless of which way the future goes, within the wide realm of uncertainties that we anticipated in our scenarios, it makes sense for Australia to invest in these areas. Robust recommendations are relatively safe bets because they are expected to pay off handsomely in any event. As such, it would be advisable to act on them without delay.

We were told that for ports, planning ahead is vital. Australia must plan and develop efficient, high-capacity ports that are fit for purpose, rather than just adapting the infrastructure we already have. The economies of sea freight may shift, initially towards a focus on larger ships, but swinging back later towards medium-sized vessels visiting more frequently.

This would require more smaller ports, providing multiple points of entry and resilience. We must also ensure our channels and ports are deep enough and big enough to handle large vessels. Maximising port throughput will be important, and, depending on the scenario, could involve automation as well as rethinking the design of ships. Tackling the imbalance of empty containers is necessary.

Corridors were mentioned as important in scenarios 2, 3 and 4. We were told that protection of supply chain corridors is essential to ensure growing populations are fed and supplied with the imports they require. Because our cities are increasingly urban and congested, we must maximise freight’s access to corridors.

Connectors were mentioned by experts in scenarios 1, 2, and 3. We were told that efficient connectors from the regions to the city are essential, particularly connecting the hinterland to ports. Some argued that we must ensure funding priority for the connectors, and – in the case of rail – the trains needed to transport the goods. Metropolitan connectors need to support the efficient import and distribution of goods in urban environments, while regional infrastructure needs investment oriented to agriculture.

Emphasis on future-proofing existing infrastructure was explicit in scenarios 1, 3 and 4. Infrastructure and associated networks – such as roads, railways, ports and airports – need to be ready for autonomous vehicles and autonomous operation in the future. This infrastructure needs to be supported by an appropriate regulatory framework, and services such as charging stations for electric vehicles.

Multimodal hubs were mentioned in scenarios 2 and 3. Industry participants, we were told, need to work together in a strategic approach to multimodal transport. True streamlined, decentralised multimodal hubs are essential. They require infrastructure to support modal interoperability, and a focus on the security of interfaces between modes.

Other recommendations about infrastructure, concerning investment and funding models, decentralization of hubs into regional areas, and air hubs dedicated to freight-only flights can be found in our report.

To dispel any doubt about the robust or contingent nature of these recommendations, we would recommend conducting a series of ‘acid-testing’ workshops, where a select group of experts are instructed to evaluate the merits of these infrastructure recommendations against the backdrop of all four scenarios.

As a matter of fact, such a series of acid-testing workshops, focused on the tentative objectives and actions of the new National Freight and Supply Chain Strategy, would be very useful to ascertain its future readiness, and to generate timely recommendations for its improvement. We have presented to the Government a recommendation in this regard.

Regardless of whether any additional scenario planning work is conducted, the many insights obtained in last year’s project are now part of the results of DIRDC’s Inquiry and will provide a foundation to develop the National Freight and Supply Chain Strategy that the Australian Government is currently crafting. We hope our work will help those making long-term decisions to avoid future surprises that might not have been anticipated without a systematic examination of the many possible futures before us.