While the very meaning of the word ‘consultation’ denotes discussion, a recent review of safety culture in the ACT’s construction industry found that workers feel consultation is a one-way conversation – particularly when it comes to workplace health and safety matters. New legislation has passed the ACT Assembly that will see significant changes to consultation, training and election of committees from January 2019.

The Work Health and Safety Amendment Bill 2018 is just one aspect of the ACT Government’s multi-faceted approach to improve safety in the ACT’s construction industry, but one that is expected to have a considerable impact.

The new amendments to the Work Health and Safety Act 2011 seek to ensure that employers take greater responsibility for both training and consultation, with three specific requirements for the principal contractors of major construction projects in the ACT:

A problematic approach to safety

Despite showing improvement in safety and health culture awareness since the 2012 Getting Home Safely report, the ACT still has the highest serious injury rate of any state or territory in Australia. 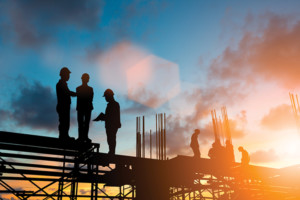 The 2012 Getting Home Safely report was published following an inquiry into work health and safety (WHS) in the ACT, making 28 recommendations for cultivating a safer construction industry. In 2017, the ACT Government engaged RMIT University to undertake a review, not only to gauge the effectiveness of changes implemented as a result of the Getting Home Safely report, but also to build a baseline understanding of the ACT construction industry’s WHS culture.

RMIT’s recent review identified several areas of concern within WHS culture, including inconsistent practices across job sites and workers’ concerns over a lack of proper consultation on major projects.

“According to the RMIT review, perceptions of WHS culture differ – with upper-level managers most positive about the existing approach, and frontline workers the least positive – so clearly there is a disconnect,” an ACT Government spokesperson said.

A new train of thought

The RMIT review reported that the training and supervision of apprentices was of notable concern. According to an ACT Government spokesperson, upskilling of all workers, including trainees, will happen by building a common body of knowledge that workers can take with them to their future jobs.

“Making employers responsible for the WHS knowledge and competency of their workers will facilitate more meaningful WHS consultations and will ultimately benefit employers via reduced safety incidents,” the spokesperson said.

The new legislation includes the introduction of two types of training courses for Health and Safety Representatives: an initial five-day course which teaches them their powers and functions under the WHS Act, and a one-day refresher training course to be taken annually.

While Health and Safety Committees already exist within WHS law, the new amendments relating to committees make training for members mandatory if the HSC represents a major construction project. A training course will be developed specifically for HSC members, and will take no less than four hours to complete.

In accordance with the new WHS legislation, WorkSafe ACT will act as a regulator to approve the training course and the organisations permitted to conduct the training.

The cause and effect

As well as citing differing perspectives and lack of consultation as key problems, workers also referred to instances where they felt pressure to ‘get the job done’, proving detrimental to both health and safety.

The new amendment bill is therefore litigating the development of a more consistent approach to safety consultation on major construction projects. 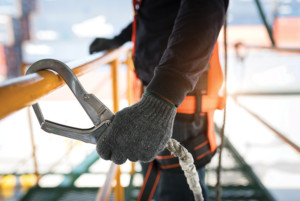 “The changes recognise that the effectiveness of our WHS legislation depends on our ability to be dynamic and responsive to the experience of our workers,” the spokesperson said.

With the RMIT report also identifying mental health issues as an area of concern, the responsiveness of the ACT Government to the experience of its construction workers is an important commitment, not only to workers’ physical well-being, but their well-being as a whole.

The ACT Government expects the outcome of the new legislation to be tangible, with knowledge amongst workers increasing and employers taking on increased responsibility for competency.

“Making employers responsible for the WHS knowledge and competency of their workers will facilitate more meaningful WHS consultations and will ultimately benefit construction workers and employers via reduced safety incidents,” the ACT Government spokesperson said.

The amendments have been developed with workers and employers in mind, but also in consultation with industry groups, employers in the construction and infrastructure sector, and stakeholders, such as the tripartite Work Safety Council.

In order to provide the best outcome for these parties, a consultation paper on the amendments was released in April 2018, with mixed responses.

“While the ACT Government acknowledges that some concerns have been raised, it believes the amendments strike the right balance. One serious incident safety on a worksite is too many,” the spokesperson said.

With the new amendments scheduled to come into effect on 1 January 2019, it’s not too early for employers in the ACT infrastructure and construction industry to get prepared. The ACT Government, in coordination with WorkSafe ACT, encourages these employers to begin the process of electing and training HSRs and HSCs.

“WorkSafe ACT will proactively engage with the sector to ensure employers are aware of their responsibilities, to approve training courses, and to disseminate information about the training available,” an ACT Government spokesperson said.