An ITS Ambassador has been awarded the 2018 Max Lay Lifetime Achievement Award for his dedication to the intelligent transport systems (ITS) industry.

Brian Negus has been named the recipient of the Max Lay Lifetime Achievement Award, an industry-nominated award named after Dr Max Lay AM, a globally recognised pioneer and leader in transport and intelligent transport systems (ITS).

Recipients must personify achievement of the ultimate standard for a leader in the ITS field.

Mr Negus’s transport career has spanned over 50 years. With extensive experience in the public sector, he has transferred that experience to support public policy on transport initiatives through his leadership in the private sector. 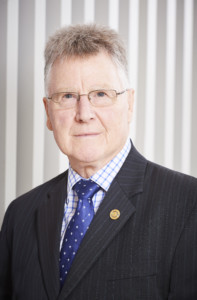 Mr Negus remains engaged in several high-profile and influential roles, including Ambassador to ITS Australia, where he continues to lead, guide and mentor organisations and individuals on a broad range of transport issues, especially smart technology solutions to improve transport, despite retiring from full-time employment.

Mr Negus also holds a number of board positions, including ITS World Congress Board of Directors, Chairman of Collaborative ITS Consulting Australia (CICA), and Director of the Victorian Chamber of Commerce and Industry.

Mr Negus said it is an absolute honour to be recognised by peers and the ITS community.

“It has been a privilege to work with so many talented and innovative people over my career,” he said.

The event, which attracted more than 11,000 Australian and international delegates from 73 countries, was said to be one of the most successful World Congress events, and has received numerous accolades and awards in the years following.

Mr Negus began his career in road construction, then moved on to transport planning and traffic engineering. From there, he worked with the Road Traffic Authority, Department of Transport, Melbourne Port Corporation, Public Transport Victoria, VicRoads, and finally held the position of General Manager of Public Policy for the Royal Automobile Club of Victoria, where he was instrumental in the Victorian Government’s decision to remove 50 rail level crossings across the Melbourne road and rail networks.

Away from work, Mr Negus dedicates his voluntary time to Rotary Templestowe, where he has been a Director and President—initially from 1989–1995, and again since 2016 as Director of Membership and Marketing.

Dean Zabrieszach, President ITS Australia, said, “Brian is a trusted adviser in the entire transport field, and he is widely valued because of his dedication and assiduity in supporting others and helping them to succeed.

“For most of his career, Brian has been driving organisations, and the community, for progress in the transportation sector, especially smart technology solutions to improve transport safety, mobility and sustainability. It is because of this that the industry has chosen Brian to be the recipient of the Max Lay Lifetime Achievement Award.

“I congratulate Brian on behalf of ITS Australia, and we look forward to officially presenting the award to him at the end of November.”

The ITS Australia National Awards Presentation Night will be held in Brisbane at the Sofitel on 22 November 2018.

Neil Scales, Director-General of Transport and Main Roads Queensland, is the keynote speaker.

In addition to the Max Lay Lifetime Achievement Award, presentations will be made to winners of the industry, government, automated vehicle (sponsored by ADVI), research and young professional categories.