Suburban rail loop — how realistic is the vision? 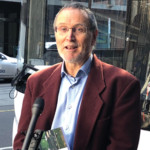 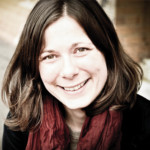 What should we make of the Andrews Government’s recent vision for a $50 billion suburban rail loop, which will link every major rail line in Melbourne and the new airport rail?

Clearly, the enthusiastic response from the public shows that the government has struck a chord. In fact, this new evidence showing that many people are desperate for an alternative to being stuck in traffic could be a game changer. Could we finally see an end to the accepted wisdom that the way to win an election is to promise a new road?

For infrastructure builders and planners, there is not yet much detail beyond the indicative budget and a timeline for construction of 30 years starting in 2022.

The government’s surprise announcement is backed by a short ‘strategic assessment’ and a video with a thumping soundtrack, both designed to set a vision ahead of more detailed planning work if the ALP is returned to government in November.

The basic project description was prepared by Development Victoria, supported by Rail Projects Victoria, with commercial and technical advice provided by PricewaterhouseCoopers and Aurecon.

The rail system was built in the 19th and 20th centuries so that people could work in the CBD and live in the suburbs. At first, people lived within walking distance of a station, but as the suburbs spread into the wedges between the radial lines, we have failed to develop networks of suburban buses and trams that cities like Toronto built to deliver people to the railway.

Now, in the 21st century, we need to catch up and give people in the suburbs an alternative that recognises public transport’s big challenge: crosstown travel.

Although most people live and work in the suburbs and come to the centre only occasionally, most travel is still within five to 10km of their homes. Local schools, health centres and shops need to be accessible by public transport. That’s the “20-minute city”, for which we need a good network of fast, direct buses that get us quickly to local destinations.

But we also need a mass transit system to connect good jobs, education and hospitals to the places where housing is affordable. Crosstown rail is a great way to provide the ‘mass transit’ part of the equation, because it will allow us to reach many more places without using so many valuable hours of the day.

The big challenge will be getting the stations in the right places and finding the best ways for people to get to the new trains.

No details have been given on the type of service that is likely to run on the new lines. So, we can expect debate on the relative merits of replicating the heavy rail system or adopting some form of ‘medium-capacity’ rail, perhaps modelled on a German U-Bahn, providing comparable capacity by running at shorter headways but at a lower infrastructure cost.

The pitch for an underground service clearly avoids any pre-election questions of land acquisition. However, the $50 billion price tag for such a huge undertaking is open to question and it is inevitable that options for some surface alignments, or even something like a Tokyo monorail, will need to be put on the table.

Further, the proposal begs many questions about the land use changes (called urban renewal in the ‘strategic assessment’) that it will generate. What will voters think about intensification around the new stations? And, equally important, what types of development will be best suited to generating patronage and catering for population growth at the lowest environmental and social cost? Beyond the details of this project, Daniel Andrews’ new approach to major infrastructure announcements is taking us into uncharted waters. What does it mean that the head of the government department which houses the public-sector’s key transport planning agencies did not know of this plan until the night before its launch?

At the very least, many planners and engineers at Transport for Victoria and VicRoads must be wondering about their purpose. And then, what if politicians decide that secret squads of planners and surprise announcements is the way of the future?

Of course, decisions about spending huge amounts of public money on transport projects will always be political. But, the cities that have the best infrastructure find a way to temper the politics with some degree of accountable, evidenced-based debate.

In Toronto, project business cases are written before investment announcements are made. The business cases are then used in wider discussions about what kinds of infrastructure the region should invest in. While every urban region has its challenges, the controversy in Australian cities is now about the role of evidence. How can the evidence used to support big projects be made more accessible and transparent?

In the light of Suburban Loop announcement, we need a rational process to answer this question; why would we spend $50 billion to get people out of their cars at the same time as we are contemplating spending almost the same amount (on the Westgate Tunnel, the North East Link, a 20-lane Eastern Freeway and, inevitably, the once-rejected East West Link) to encourage more driving?

The existence of competing road and rail projects is challenging for several reasons. At a strategic level, planners and citizens need a clear vision of the future we want to create. We also need to know broadly how much a transport system to support this vision will cost. And, for infrastructure designers and builders, the challenge is immediate and practical.

How can you possibly decide how many lanes you need on a ring road without a clear understanding of what sort of service the railway competitor might be offering? How can a rail planner know what capacity is needed without a good idea of where people will live and work?

Clearly, the government has given us a great idea. Now we need to think carefully about turning it into a reality that makes Melbourne a better place to live. This will need new ways for mature conversation between people, planners and politicians.

A breakdown — what is planned

The north east section will connect the Belgrave Lilydale Line to the Hurstbridge, Mernda, Upfield and Craigieburn Lines before heading to Melbourne Airport.

In addition to the four interchange stations on these lines, there will be potential new underground stations in Doncaster and the La Trobe university precinct in Bundoora.

The new Airport Rail Link will form the north west section, with construction also underway from 2022. The western section will connect to the Werribee Line via the new Sunshine super hub, with further technical investigations to determine the scope and route of this section.

There will be three new super hubs at Clayton, Broadmeadows and Sunshine providing better access to jobs, education and health outside the CBD.

Exact station locations, route alignment, rolling stock and staging will be confirmed through the full business case and technical work, including extensive consultation and environmental assessments.