Those of us who work in the infrastructure sector understand that, at its core, effective infrastructure must be about economic and community connection. For airports, the connection they provide is becoming an ever-growing part of how we live our lives — and how we support our economic growth.

Research commissioned by the AAA this year found airports add $34.6 billion in economic activity and $32.3 billion in tourism activity. That’s a huge contribution to our economy, and one that reflects a concerted effort by airports to invest to meet the very divergent needs of the millions of passengers they serve each year.

Investing in a growing and dynamic industry

It will come as no surprise that airports remain dynamic, ever-changing pieces of infrastructure. Airports must invest not just to keep pace with growing demand, but to meet the changing technology and infrastructure requirements of modern aviation. And they’re doing just that.

Airports have invested $15 billion since 2002 in airport improvements. This has included $10 billion in aeronautical improvements as airports have welcomed the introduction of larger aircraft and more airlines to the market, ensuring appropriate airside infrastructure to accommodate the rapid growth of air travel over that time. That rate of investment is not slowing down, with a further $20.6 billion in investment planned in the next 10 years.

This significant level of investment is absolutely essential to ensuring airports continue to meet the needs of their communities — and perhaps gives an indication of how much air travel continues to grow and evolve. Security and technology has become more expensive, while rapid growth in passenger numbers has seen the need for bigger terminals, increased airside infrastructure and a greater focus on a passenger’s overall journey through the airport to deliver the most efficient outcomes.

Increasingly, airport investment has been better linked to airline needs, in addition to considering quality of service standards expected of their passengers. This has seen deeper discussions around airport investment and greater collaboration on improvements. And it’s showing results. 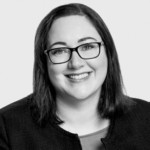 The Board of Airline Representatives of Australia (BARA) commended Sydney Airport for its approach to air services agreements, which has seen the establishment of KPIs that are monitored and reported on as part of the airport’s ongoing engagement with airlines. In Perth, the airport recently announced a decrease in airport charges to airlines using its Terminal 2. These are good examples of how airports are working more closely with airlines to ensure the passenger is at the centre of discussions.

However, ensuring investment is both fit for purpose and prevents future congestion or bottlenecks remains complex. Airport investment plans must consider the needs of their communities many years in advance, ensuring redevelopments and upgrades cater for growing passenger numbers and changing demand for routes and services. Responsive design that can meet present day needs while delivering on future possibilities is therefore essential.

Technology has also had a significant impact on how airport processes are managed, with real-time, data driven decision making increasingly becoming the norm. While this is delivering significant efficiency and customer experience benefits, it also requires continued investment to ensure our airports remain at the forefront of technology.

Meanwhile, global events and a changing security environment have transformed the way we fly, leading to increased costs for airports. While adapting to this environment is absolutely essential to ensure the safety and security of the travelling public, this is a reality many of Australia’s airports are grappling with.

Investment in new security requirements for regional airports, for example, will come at a significant cost relative to their existing budgets. While the Federal Government has established funding for the purchase of new equipment, there will be ongoing maintenance costs and resourcing needs that will have to be met over and above regional airport’s existing costs. This highlights the need for a long-term view of investment in Australian airports that fully considers the current and future needs of our infrastructure.

There are four airport runways under construction or planned across the country at the moment — and that doesn’t include the construction of the new Western Sydney Airport. In Queensland, the nation’s biggest infrastructure project is well underway, with Brisbane Airport’s new runway now commencing construction works.

It has been an incredible technical feat just to get to this point, with the new runway’s location presenting unique challenges requiring years of preparation. When complete, it will deliver increased capacity in the local market to support the city’s burgeoning growth, strengthen the east coast network between Brisbane and Sydney and Melbourne, and facilitate more direct international services.

Further north, the Sunshine Coast Airport runway project is underway. With Queensland positioned well to benefit from the use of A320 neos by airlines serving the Asia Pacific, this is an important development for the tourism hotspot.

Melbourne and Perth Airports also have runways planned, in projects that are intrinsically linked to the future economic health of their cities. In Melbourne, a third runway will be  essential to support the almost doubling of passengers expected in the next 20 years. In Perth, the new runway will keep pace with demand as the city cements its position as the nation’s western gateway.

Individually, these are significant projects that will benefit their communities well into the future. Collectively, they represent a significant increase in capacity across our nation, ensuring our aviation network is best positioned to meet growing demand, facilitate new services for passengers and support growing connectivity for businesses with operations or trade relationships overseas. More than ever before, airports are considering how passengers experience the airport from every stage of their journey. Unlike airlines or government agencies that deal with specific airport processes, airports themselves have a unique, big picture view of what the passenger may experience as they move through the airport. This has led to a great deal of innovation to smooth the journey through different processes and make it easier for passengers to make the trip from their homes to the aircraft.

Ground access improvements have seen passengers offered more choice in how to get to the airport, from the creation of dedicated ridesharing zones to the facilitation of more public transport offerings and an increasingly diverse range of parking products available.

The success of this focus has seen paid parking decrease as a preferred method of transport for visitors to some major airports as it becomes easier to use ridesharing, public transport or other services to get to the airport. With a direct rail service to Perth Airport now under construction and plans advancing for a Melbourne Airport rail, this trend is likely to continue as airports continue to support more choice for airport visitors.

Once passengers have arrived at the airport, investment in terminal improvements is also smoothing their way. Adelaide and Cairns Airports both have terminal redevelopments underway that will help move more people through the terminal more seamlessly. Airports have also considered the comfort and enjoyment of passengers in their terminal designs, with bathroom upgrades, seating improvements and new retail offerings also informing upgrades and redevelopments. New and emerging technology — such as biometrics — is also being trialled at some airports to deliver easier, more seamless airport experiences for passengers.

These improvements also make a bigger, unseen difference in many cases. Better designed, more enjoyable terminal spaces help passengers find their way easily and encourage them to get to the airport with plenty of time to spare, making sure they get to the gate on time. This, in turn, supports improved efficiency for both airports and airlines. And, with the millennial traveller expecting unique experiences right from the start of their holiday when they travel, terminals that offer efficiency, ease of use and a genuine sense of place are an essential part of the airports of today — and the future.

Connections to our regions more important than ever

While Australia’s major airports have overseen a period of significant growth, the same cannot be said for our regional airports. These airports encounter many of the same challenges as their city counterparts — such as the maintenance of expensive infrastructure and the need to meet a complex range of safety and security requirements — but they do not have the revenue base to support it. In fact, many regional airports expect to record persistent budget deficits over the next 10 years, even as their costs rise by a further 38 per cent.

The cost pressures faced by regional airports remain difficult to address, with many airports only served by one airline. Some are fearful of increasing airport charges — in fact a quarter of 51 regional airports surveyed by the AAA last year said they’d been asked by airlines to reduce charges off the back of a threat to reduce services. This puts them — and their communities — in a precarious position as they face rising costs and have limited avenues for finding the money to pay for them.

These challenges will only become more complex as security and technology requirements change. And while regional airports struggle to make ends meet today, they are simply unable to save for the future. This means investing in maintenance and upgrades will only get harder as communities across the country weigh up the increasing costs of their airport with the essential connection they provide.

We must find a sustainable solution for regional airports to ensure they’re not left behind. The AAA continues to campaign for additional government funding for essential maintenance and upgrades. At the moment, the only dedicated regional airport funding falls under the Remote Access Upgrade Program, which has been specifically designed for airports classified as remote. While this is a welcome contribution from government, it does not help small regional airports not considered remote with limited access to alternative funding sources.

The AAA is currently calling for funding for these airports as part of its Protect Regional Airports campaign to ensure they can continue to serve their communities in the years to come. It is vitally important we get behind this campaign to ensure our national infrastructure network continues to meet the needs of all Australians.