Effective risk allocation is key to the success of any public private partnership (PPP).

Get it right and projects can attract a competitive pool of bidders, more efficiently negotiate contracts and reduce the likelihood of dispute during the concession period. Get it wrong and the opposite will be true.

“Historically, there was a tendency for governments to absolve themselves of all or most of the risk associated with a PPP”, says Michael Arnott, Director of Infrastructure & Structured Finance Unit at the NSW Treasury.

“However, in today’s climate [a nationwide infrastructure boom, highly stretched construction market and past examples of projects that have turned out poorly for the private sector], this approach is no longer acceptable.

“With contractors now more than ever attuned to the risks inherent in the projects they take on, it is vital that we [government] rethink and refine our risk allocation strategies to win interest for projects and ensure that PPPs are executed with minimal disruption”. 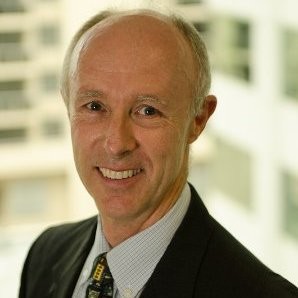 A positive step in the right direction

Last year the NSW Government released its ten-point action plan for the construction sector, which proposes, among other things, the procurement of major projects in a more collaborative way, including partnership-based approaches to risk allocation.

The plan recognises the crucial role of the private sector in alleviating the State’s large (and growing) infrastructure deficit.

It also notes the importance of “healthy ongoing competition between a capable field of construction firms, sub-contractors and the industry supply chain – not just now, but for years to come”.

While the plan is indicative of positive change in the right direction, the diversity and complexity of individual PPP deal structures is such that more detailed conversations are required to further consolidate the government’s efforts in this space.

When considering best practice, there is often a tendency for Australia to look towards nations with denser populations, more complex requirements and, consequently, more advanced solutions.

In China and Hong Kong, for example, survey respondents indicated a preference for the public sector to retain most of the political, legal and social risks; to share force majeure and micro-level risks; and to allocate meso-level risks to private sector. In the UK, however, there was a tendency (and market-driven ability) to hand over most risk to the private sector.

Within Australia, the results are also mixed, with the size and complexity of deals and actual experience on completed projects all being key determining factors.

Michael Arnott is among an esteemed line of speakers to address the National PPP Summit, to be held 11-12 February 2019 in Sydney.

Prior to his current role at the NSW Treasury, Michael has had a long career in consulting and investment banking, during which he dealt with some major infrastructure transactions, including the Airport Rail Link, Sydney Olympic Stadium and NorthConnex.

As well as providing a detailed overview of the current and future project pipeline, Michael will share his expert views on PPP risk allocation and ignite debate among private and public-sector delegates on what constitutes best practice in the current climate.

Learn more and register for the National PPP Summit here.