Working towards gender parity in aviation 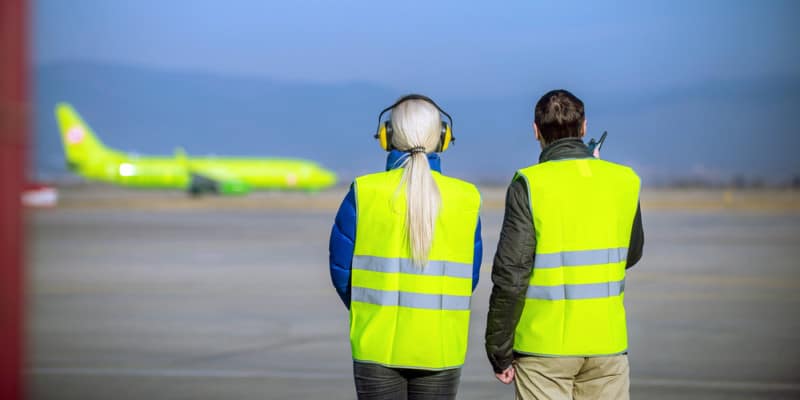 A roundtable of Federal Government ministers, senior industry members and educators has met to address the gender gap in the aviation sector and explore ways to promote diversity and equality.

Deputy Prime Minister and Minister for Infrastructure, Transport and Regional Development, Michael McCormack, hosted the 90-minute event at the Avalon Airshow in Melbourne on 1 March.

The roundtable was attended by senior aviation industry members and Australian government representatives, including the Qantas and Virgin Groups, Lockheed Martin Australia and Boeing, along with other Senior Government Ministers.

Educators from training colleges, TAFEs and universities and other leading industry groups including Aviation/Aerospace Australia, Australian Airports Association and the Women in Aviation International Australia Chapter were also represented.

Minister for Women, Kelly O’Dwyer, said the roundtable would inform the Government’s response to the issues raised in the Expert Panel Report on Aviation Skills and Training, released in July 2018.

“As reported in the Expert Panel Report on Aviation Skills and Training, only three per cent of commercial pilots and less than one per cent of aircraft engineers worldwide are women and the industry needs to do more to access this very large source of potential skills,” Ms O’Dwyer said.

“There are more women in work than ever before, with women’s full time employment and the female participation rate reaching record highs last month, but we want to see even more women active in the workforce, including in aviation.

“Today’s roundtable will help support the Government’s focus on improving women’s economic capability, and will also help to ensure that Australia has access to the right skills to meet the growing demand in the Asia Pacific Region, where women can play an important role.

“The expected large-scale growth in the Asia-Pacific and global aviation industry over the coming decades presents the Government, the industry and training institutions with the opportunity to address the skills shortage problem now by encouraging more women to join the industry.”

Mr McCormack said the shortage of skilled personnel in the aviation sector is a problem faced around the globe.

“However, it presents opportunities to Australia’s education and training sectors, as well as our broader aviation sector, that we can capitalise on if we take action now,” he said.

“The aviation industry is already doing wonderful work in this area and the roundtable today provided the perfect forum for sharing some of these great ideas on what industry and the Government could do to support industry efforts.”

Assistant Minister for Regional Development and Territories, Sussan Ley, said the Federal Government was working closely with the aviation industry to support the training and retention of aviation professionals and build a foundation for Australia to be a leader in the aviation training and skills sectors for the Asia-Pacific region.

“The roundtable today provided key industry and educator stakeholders with the opportunity to share their experiences, observations, and contribute to the policy discussion more broadly,” Ms Ley said.

“The Government will continue to work with industry to continue to promote the aviation sector as a career option for women.”

Ms McArthur said she was also passionate about creating pathways for other women to embark on rewarding and successful careers in aviation, whether that be as pilots, engineers or in management.

“At Tigerair 40 per cent of the Senior Management Team are women and eight per cent of our pilots are female, which is one of the highest ratios of female pilots in the world,” Ms McArthur said.

“However we still have a long way to go and I congratulate the Government for hosting this Roundtable to enable industry participants to share ideas on how we can increase diversity in the Australian aviation sector.”