Initiative to boost women in aviation 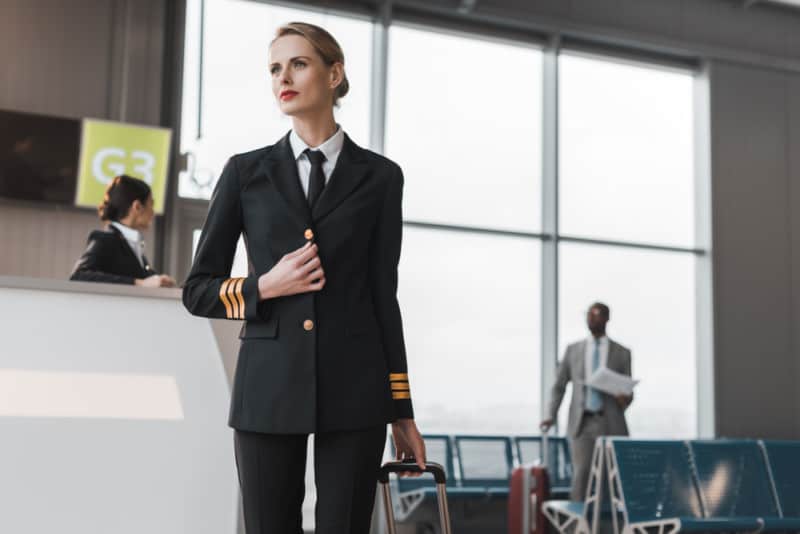 The Federal Government has invested $4 million in a plan to encourage more women to pursue careers in aviation and address the sector’s severe gender imbalance.

The initiative will fund programs to engage women and target school-aged students and their parents about the opportunities available for a career in aviation.

Women currently account for about three per cent of pilots and one per cent of aircraft engineers globally, highlighting the opportunity for increased female participation as the industry continues to grow.

Minister for Infrastructure, Transport and Regional Development, Michael McCormack, said the Women in Aviation Initiative will help encourage more women to pursue careers in all elements of the aviation sector.

While Mr McCormack praised the work the industry and aviation training institutions are already doing in this space, he said the investment would be a major boost to reach more women, no matter their age or location, to consider a career in aviation, particularly women in the regions.

“This investment will be used for a wide range of programs to engage with women but one example is to target school-aged students and their parents to better understand the wonderful career opportunities of the aviation sector,” he said.

“From the career path of CEOs such as Tigerair’s Merren McArthur to Saskia Ford from CASA who worked the hangar floors as an aircraft engineer, there’s a world of opportunities for women in aviation and not just for pilots, which the Liberals and Nationals want to boost.”

Minister for Jobs and Women, Kelly O’Dwyer, who joined the recent Government-led roundtable of women in aviation at the Avalon Airshow in early March, said investing in women in aviation will help meet the need for skilled workers.

“An increasing number of female aviation professionals will be key to assisting the aviation industry to meet future demands for skilled workers,” Ms O’Dwyer said.

“That major shortfall in female participation – combined with a forecast major growth in demand for air services in the domestic and international markets over the next few decades – means we need to move now to ensure gender diversity becomes the norm in the Australian aviation industry.”

Ms O’Dwyer said the initiative will be informed by the recent roundtable which explored ways to promote greater aviation sector diversity and enhanced equality, by addressing a gender gap in industry careers.

“There are more women in work than ever before, but we want it to reach even greater heights, including in aviation.”

“This funding will support initiatives by significantly advancing outreach programs, and maximising the ability to support young girls and women across regional and remote Australia,” Ms Augostin.

“The funding will target grass root programs to reach out to young women, whether it will be handing out pamphlets at airports, advertising or even mentoring young women as they find their feet or wings in the aviation industry.

“The Government’s commitment to funding the Women in Aviation initiative will provide a major boost to the industry’s efforts to achieve that goal.

Initiatives will commence this financial year and the Government will start working with relevant industry groups to put arrangements in place.

AAA Chief Executive Officer, Caroline Wilkie, said the organisation was really pleased to see the Federal Government investing in the future careers of women in aviation.

“It is so important we ensure gender diversity in our industry, with many great career options for women and girls to pursue across operations, management and senior leadership,” Ms Wilkie said.

“Today’s announcement will ensure programs that can make a tangible difference to female participation in our industry can be funded.

“We look forward to engaging with the Government on this initiative on behalf of the Australian airport industry.”

It coincides with the AAA’s launch of its Women in Airports Network (WIAN), which aims to create a community to support the advancement of women across all aspects of airport operations.

A dedicated LinkedIn group was launched ahead of a Women in Airports Forum to be held in November to identify key initiatives for the WIAN to pursue on behalf of its members.