The National Roads and Motorists Association (NRMA) has released the results of the largest transport survey in NSW’s history, Rate Your Road.

Participants were asked to rate their road on a scale of one to 100 – one being very poor and 100 being excellent – based on congestion, condition and safety. Voters also rated local public transport services.

The three most commonly cited congestion problems were on the M5 at Moorebank, Epping Road in Ryde, and the Pacific Highway in Coffs Harbour.

Old Windsor Road at the hills and Memorial Drive in Wollongong were the roads with the highest scores.

The Rate Your Road survey was launched by the NRMA in January 2019 to give voters a voice leading up to the 23 March NSW Election.

The comprehensive survey saw almost 10,000 roads receive votes from 23,400 people across the state.

Of the ten specific locations across NSW with the most number of votes, nine of them were rated poorly for congestion: 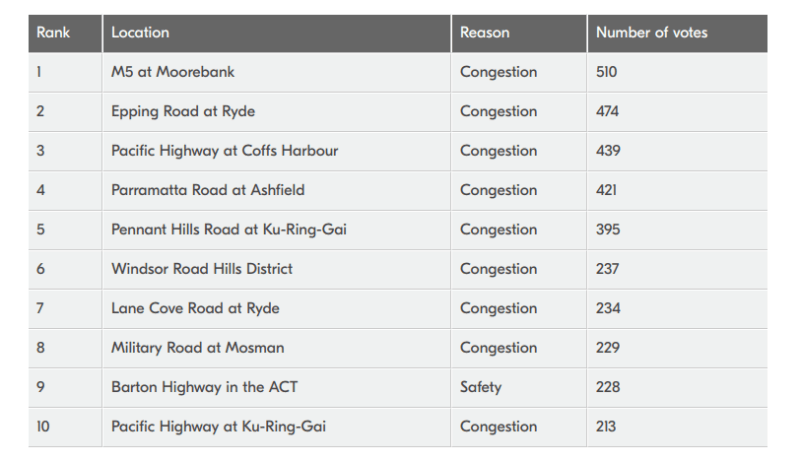 The roads and highways across the state to receive the most number of overall votes across the whole length of the road were: 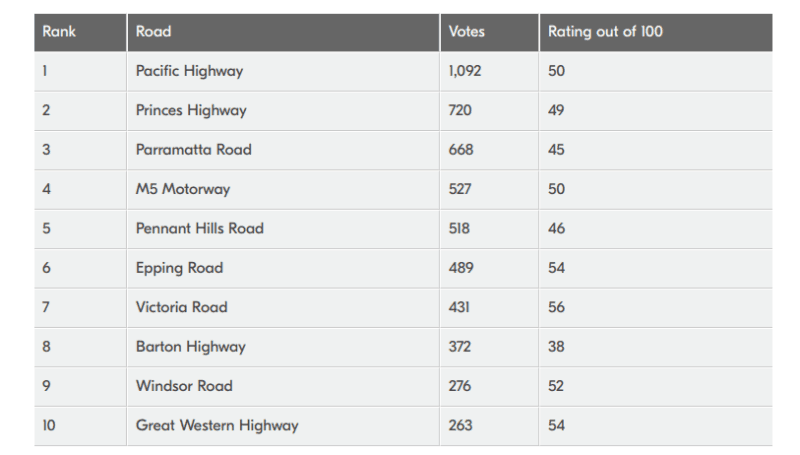 NRMA Region Director, Kate Lundy, thanked the Riverina community for their overwhelming response to the NRMA’s Rate Your Road campaign and said the data would be critical as the NRMA worked to improve the region’s transport network.

“More than half of NRMA Members live in regional or rural communities, so it’s important we stand up for the interests of all our Members not just those in metropolitan areas,” Ms Lundy said.

“The fact that so many people completed this survey shows transport and road issues are at the forefront of the state’s concerns, particularly those in regional communities.

“Safety featured prominently when locals had their say and this is not surprising – almost 80 per cent of fatalities on our roads happen in regional areas. For the most part, these are locals who drive these roads day in day out.

Ms Lundy said she was pleased to see in the lead up to the NSW Election that both sides of politics have pledged commitments to improving regional and rural roads across NSW.

“Regional councils carry a huge burden with low funding and lots of bitumen to maintain.”