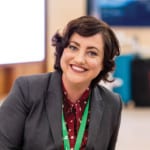 Hobart Airport experienced its busiest year ever in 2018, with more than 2.6 million people passing through the terminal gates. Driven by an unprecedented tourism boom in Tasmania, which recorded a 15 per cent increase in international visitors last year, this figure represents a six per cent year on year increase in growth since 2014 and positions Hobart Airport as one of the fastest growing airports in the country.

Tourism has firmly cemented itself as one of Tasmania’s key economic drivers, with more than $2.4 billion spent by visitors in the state last year. As the state’s primary port of entry, continuing to facilitate this growth is a key priority for the airport and a vital part of ensuring the state realises its full economic potential.

In addition to tourism, Tasmania’s clean and green reputation has seen it become a world-renowned location for top-quality produce, with our sought-after fresh seafood, fruit and vegetable industries also contributing greatly to the local economy.

Taking these factors into account, it could be argued that Hobart Airport is Tasmania’s most significant piece of infrastructure and single most important economic asset. In coming years, it is expected to continue generating employment and tourism revenue within the state by welcoming the increasing number of national and international visitors and creating opportunities for Tasmanian producers to export to international markets.

As the primary gateway to the city of Hobart and southern Tasmania, the Airport recognises the important role it plays in ensuring airport infrastructure is able to grow with the community and develop Hobart’s attractiveness as a place to live, work and create business.

Between 2012 and 2018, Hobart Airport has seen more than $100 million worth of upgrades to meet the growing needs of the state.

One of the most significant enhancements was a 500m runway extension. Completed in late 2017, this extension provides the opportunity to introduce wide body aircraft operations, unlocking Hobart’s potential for international trade and further positioning Hobart as a gateway to the Antarctic. A specialist parking bay to accommodate large aircraft was also constructed to meet these aims.

The $100 million redevelopment also saw a new arrivals hall and administration wing built along with improved parking options on site.

With direct flights now linking the state to every mainland state capital city in Australia the airport is now focusing on increased airside facilities to manage this demand. By June 2019, the airport will increase its apron parking bays from five to seven bays.

In late February the airport anticipates the opening of the new $15 million freight handling facility, which, subject to necessary approvals, will likely provide direct freight routes to Asia.

As part of the freight facility, the airport is developing a commercial precinct which will allow Tasmanian exporters to package and process produce on-site at the airport, greatly reducing the time from harvest to plate for international deliveries. Previously, Tasmanian producers of goods for export have been required to have their freight delivered to the north-west coast of the state by truck, from there it is loaded onto a ship and taken to Melbourne or Sydney, before being transferred onto an aircraft and delivered to the country of destination by air.

These initiatives have ensured Hobart Airport plays its part in supporting the burgeoning tourism industry, ensuring the state’s high value exports reach international markets in a timely manner and that the state continues to be seen as a major gateway to the Antarctic continent.

Investing in the future

While these upgrades have seen Hobart Airport cater for immediate demands, Tasmania is showing no signs of slowing down.

In order to continue providing an avenue for Tasmania to grow in both tourism and trade, Hobart Airport is currently developing a new Master Plan. The Master Plan provides a framework for development over the next 20 years. The plan will lay out future infrastructure development the airport will focus on to meet the demand of increased passenger numbers, freight opportunities, Antarctic support and other support services. This will outline the part the airport will continue to play in ensuring the state capitalises on future economic opportunities.

Developing and implementing the new Master Plan will require extensive negotiations with airlines and the Federal Government along with extensive public consultation but will hopefully result in an airport that is ready to continue to serve Tasmania’s economy into the future.