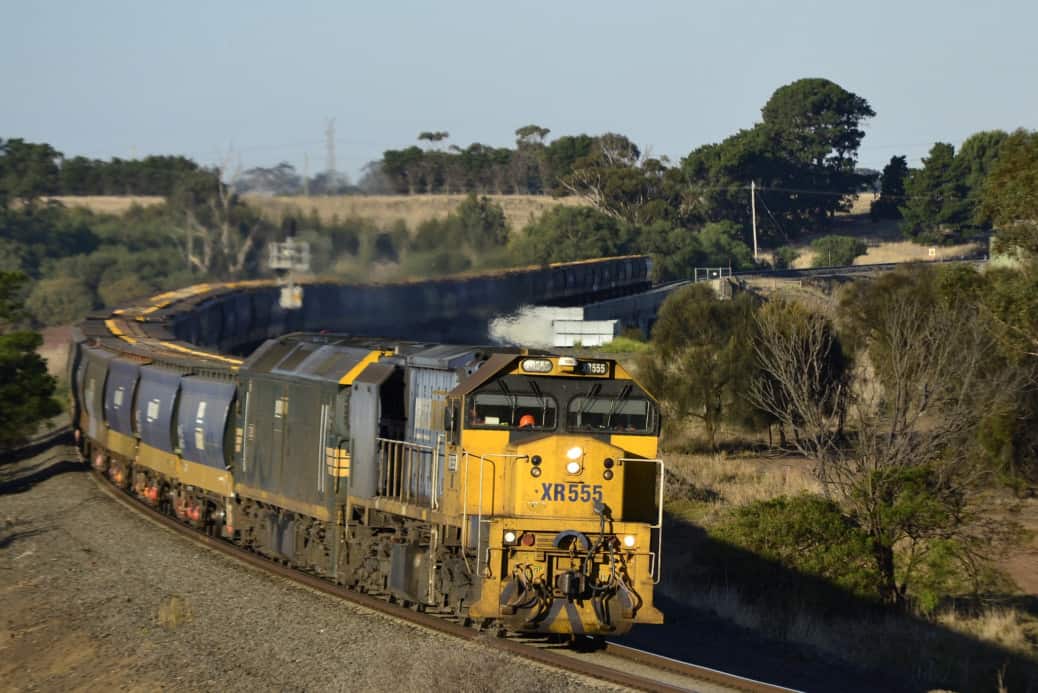 The Inland Rail could reduce the costs of freight transport for the agricultural industry by up to $70 million per year, according to new research from CSIRO.

The new report suggests that shifting horticulture and processed agriculture from road and coastal rail to the Inland Rail will yield considerable savings for Australian farmers.

Researchers identified a baseline of existing freight movements in this area to estimate the potential transport cost savings for the entire Inland Rail project, marking the first time such a detailed analysis on road to rail supply chains in Australia has been completed.

They considered horticulture, and processed agriculture, such as meat, rice and dairy products.

The analysis showed if existing agricultural road trips were shifted to Inland Rail, the agricultural industry could save between $64 to $94 per tonne (depending on backloading).

This equates to about $70 million in reduced transport costs per year based on the shift of 923,000 tonnes of horticultural and processed agriculture to the lower cost transport option that Inland Rail provides.

Additional analysis revealed that if existing coastal rail trips shifted to inland rail, this would result in an estimated saving of $28 to $35 per tonne.

“This would make it a lot more competitive with the travel time advantages of road transport,” Dr Higgins said. The TraNSIT computer modelling tool works by analysing every possible combination of transport routes and modes (road and rail) and determining those that optimise vehicle movements between enterprises in the agriculture supply chain.

Parkes to Narromine was chosen for the case study as it is the first section of track to undergo construction. There is also a large number of supply chains in this pilot area involving hundreds of stakeholders.

“A big cost in food production is transport, particularly given the large distribution of where and when it is grown across Australia, and the long distances to major domestic markets, often over 100km,” Dr Higgins said.

These type of savings with Inland Rail would mean food companies would have lower cost access to markets further away than they supplied to in the past.

The benefit would be for those selling to market, basically large farming corporations, food companies and those behind processing facilities.

“You’d expect the savings would then be passed back onto farmers,” Dr Higgins said.

The Federal Government has committed $9.3 billion to complete the 1700km spine of Australia’s freight rail network that will connect Melbourne to Brisbane in under 24 hours.

As a next step, TraNSIT will now be applied to the broader Inland Rail corridor (commencing with the southern corridor from Narromine to Seymour) to obtain even more detailed cost savings across a broader range of commodities.

TraNSIT has been used in previous research to test the benefits of transport infrastructure in regard to upgrading roads in Northern Australia, and calculating agriculture and forestry transport benefits for industry and various levels of government.

The TraNSIT computer modelling tool works by analysing every possible combination of transport routes and modes (road and rail) and determining those that optimise vehicle movements between enterprises in the agriculture supply chain.

The TraNSIT inland rail results were announced by the Federal Minister for Infrastructure, Transport and Regional Development, Michael McCormack, at an Inland Rail leaders’ forum held in Brisbane on 21 March 2019.

Mr McCormack welcomed the CSIRO’s new findings, saying they highlighted why the Federal Government had invested in the project.

“Australian farmers have called on the Australian Government to build infrastructure that improves their market access and helps create efficiencies which can drive freight costs down and that’s precisely what we’re doing by building the Inland Rail,” Mr McCormack said.

“Higher freight savings per tonne means more money going into farmers’ pockets which is especially critical for those doing it tough, due to drought.”

“The types of freight savings forecast by the CSIRO’s report will mean flow-on benefits for our national economy and demonstrates why it makes economic sense to build the Inland Rail,” Mr Cormann said.

“Efficient supply chains also support our capacity to enhance economic opportunities associated with our Free Trade Agreements which we have signed with major export destinations such as China, Japan, South Korea and now Indonesia.

“This is all about driving current and future economic productivity and export growth by lowering the costs of doing business and to participate in existing markets and enhancing access to new markets.”

National Farmers’ Federation (NFF) Chief Executive Officer, Tony Mahar, said the Inland Rail project has the potential to transform the movement of east coast agricultural freight, with up to 70 per cent of Australian agricultural produce exported.

Mr Mahar said a significant portion of farmers’ production costs is tied up in getting produce from farm to port and efficient paths to market are therefore key to growing farmers’ returns and overall to Australia’s international competitiveness.

“The NFF welcomes CSIRO’s conclusion that the landmark infrastructure project could save horticulture growers an average of $76 per tonne in transport costs and result in 63,000 fewer heavy vehicle trips per year along sections of the Newell Highway.

“We acknowledge the Federal Government’s recognition of the importance of efficient, modern freight transport to Australian agriculture and welcomed the in-full funding of the project in the 2017-2018 Budget,” he said.