The top priority projects around the country 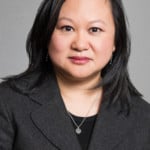 The 2019 Priority List is a consensus list of opportunities to improve both Australian living standards and productivity, and reflects the diversity of Australia’s infrastructure needs over the next 15 years across transport, energy, water, communications, housing and education.

Since it was first published in this format in 2016, the Priority List has matured and grown. This new edition is the largest and most comprehensive list of investments ever put forward by Infrastructure Australia, and includes forward-thinking proposals that speak to the need for strategic planning and infrastructure investment to enhance our quality of life. Addressing population growth in our cities and regions

The importance of delivering world-class public transport services in our largest cities remains a key focus of the 2019 Priority List, reflecting the challenges of a growing population. Many of the projects and potential infrastructure solutions identified in the 2019 Priority List address the need for frequent and accessible public transport to reduce congestion and maintain Australia’s world-renowned liveability.

This year’s Priority List highlights public transport solutions to congestion, such as the Priority Initiative to improve public transport capacity between Broadbeach and Burleigh Heads in Queensland (where the Gold Coast population is expected to increase by 61 per cent by 2041) or the High Priority Project for METRONET: Yanchep Rail Extension in Perth (where daily boardings on the suburban rail network are expected to double over the next 15 years).

Many of this year’s new additions to the Priority List reflect the need for forward-thinking, ambitious solutions to support Australia’s future prosperity – such as the delivery of a national fast-charging network for electric vehicles, identified as a High Priority Initiative.

By 2040, electric vehicles are projected to account for 70 per cent of new vehicle sales and 30 per cent of the vehicle fleet in Australia. However, lack of access to charging stations has been identified by around two-thirds of motorists as a key barrier to the adoption of electric vehicles.

Infrastructure Australia has identified as a High Priority opportunity national policies and regulation to complement the roll-out of a network of fast-charging stations, ensuring we are prepared for our future infrastructure needs.

This year’s Priority List also recognises the transformative links being forged between the energy and transport network, and the additional demands this is likely to place on the electricity grid and pressure on consumer costs. For this reason, we also want to see investment in network infrastructure to ensure that the electricity generation and distribution network can provide reliable electricity supply for additional electric vehicle chargers.

Responding to this and the broader challenges of energy security, we have also highlighted the need for investment in the connectivity and reliability of our National Electricity Market in the medium to long term, and optimisation in the near term. Many of the infrastructure challenges facing Australia require national coordination, across major networks, to achieve the best outcomes for all Australians. Addressing overcrowding in remote housing is one such example of this.

The 2019 Priority List includes a new proposal to address overcrowding and poor quality housing in remote areas. Good-quality housing underpins all targets in health, education and employment, as well as community safety. It is estimated that, in 2018, there was overcrowding in more than one-third of remote housing in Australia. Potential investments include addressing maintenance and utility deficiencies for existing housing stock, renewing life-expired housing stock and developing new housing stock.

Another is the need for a national program of works to address road safety. Joining the Infrastructure Priority List this year as a High Priority is a national initiative of regional road network safety improvements.

Between 2008 and 2016, 55 per cent of road fatalities in Australia occurred in regional areas. Relative to population size, the number of fatalities in regional areas was over four times greater than for major cities over the same period. A national program to address regional road safety recognises the need to continue identifying, assessing and prioritising high-risk sections of regional roads right across Australia.

The benefits of national coordination is also highlighted by two initiatives to optimise the National Electricity Market and improve future connectivity and reliability, preparing the network for increasing demand on the grid and the shift towards renewables.

These infrastructure challenges call for nationally coordinated action, to make the best of our networks and plan strategically for Australia’s future prosperity. As well as identifying new and innovative ways to address emerging challenges, or support productivity growth, the 2019 Infrastructure Priority List prioritises action on aging infrastructure where it restricts national productivity or has negative impacts on community safety. One example is the restraint on freight movement across the Shoalhaven River, caused by aging bridge infrastructure. The southbound bridge, constructed in 1881, requires significant spending to remain operational. The bridge also cannot carry over-height or higher mass limit freight vehicles, which reduces freight productivity. Over 50,000 vehicles cross the river each day, and worsening travel times has a growing impact on freight productivity and road safety. Increasing crossing capacity has been identified as a Priority Initiative.

In Tasmania, aging sewerage infrastructure is contributing to public health and environmental outcomes that do not meet contemporary standards. Infrastructure Australia has highlighted the Tasmanian Government’s proposal to rationalise existing sewage treatment plants and upgrade and operate a reduced number of sewage treatment plants in Hobart, Launceston and Devonport as a Priority Initiative to address this issue in the near term.

The 2019 Priority List It is also available as an interactive map on the Infrastructure Australia website, which sets out a detailed view of infrastructure issues and opportunities identified around the country. The map provides an up-to-date view of the nationally significant investments Australia needs to meet its infrastructure challenges, and is continually updated alongside the Priority List.