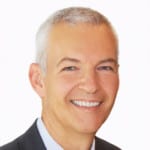 Automated vehicles are a major trend in transportation. While autonomous cars are still a rather juvenile technology, automatic operation of trains just celebrated its 50-year anniversary. The evolving adoption of Automatic Train Operation (ATO) for mainline rail systems coincides with the modernisation plans for numerous rail signalling systems across Australia, which now seems to become all but a showcase of automated railways.

The automatic operation of trains is far from a novel concept. The Victoria line of the London Underground went into service in 1968 – with automatic trains. Other applications followed in Philadelphia in 1969, San Francisco in 1972, Washington DC in 1976 and Atlanta in 1979. From the mid-1980’s, Automatic Train Operation became more widespread as a key feature of the Communications-Based Train Control (CBTC) technology. Today, CBTC is the de-facto standard for control of high-performance metro railways with automatic train services in far over 100 cities around the world.

Those automated rail systems share certain characteristics which make them suitable for automation. The ideal application is a new-built end-to-end railway without interference with the outside world, like in underground tunnels or on elevated skyways. Station platforms are often secured from the railway tracks by platform gates or screens, and road-rail crossings are usually avoided altogether. A finite number of trains to be automated and very high requirements for capacity and efficiency help justifying the substantial investment in automation.

All these characteristics of ideal automated rail systems fit much better for city metro railways or people-mover systems than for complex overground ‘mainline’ railways. Two reasons why automated mainline railways are uncommon are the enormous costs of migrating a widespread railway operation with several thousands of track kilometres and hundreds of trains to be fitted, and the perceived safety risk from trespassing cars or pedestrians onto an automated railway line where “ghost trains” run without drivers.

However, as cities and their commuter traffic demands grow there are increasingly urgent needs to increase capacity and performance of inner-city mainline railways by automating them. A prominent example overseas is the London Overground rail system where automatic train operation is just being introduced for the Thameslink and Crossrail projects. Closer to home, the city railways in the four biggest Australian cities are all challenged to increase capacity and use the existing railway infrastructure better, and in all four cities automation is at the forefront of upgrade considerations.

What is Automatic Train Operation?

Before we look at the current developments in Australia, let’s see what Automatic Train Operation (ATO) actually does and why it is so desirable for railways. ATO has only two fundamental functions, accelerating and braking a train. Diligently applied, this enables trains to run accurately by their timetable with punctuality no longer measured in minutes, but in seconds. Train runs can become very smooth for higher passenger comfort and less wear and tear for trains and tracks. ATO increases train running efficiency with the potential of energy savings in the remarkable order of ten to fifteen per cent. Stopping positions at station platforms can be very accurate and consistent under ATO; this is a necessity when using platform screen doors but proves also useful for management of passenger flows and platform crowding. Coordination of train doors and platform screen doors is a common supplementary function of ATO.

In a wider operational context, ATO allows for improved regulation of train movements. Main benefits are the prevention of movement conflicts at junctions or on single line sections with passing loops, and more general a much faster recovery of punctual train services from minor delays.

ATO comes in standardised ‘grades of automation’. Grade of Automation 2 (GoA2) is often called Semi-automated Train Operation (STO). The ATO system accelerates and brakes the train, but a train driver is retained for door operation, traffic supervision and to take over in an emergency situation. Driverless Train Operation (DTO) in GoA3 allows a train attendant to roam the train for providing service to passengers without the need to sit still in the cab. And lastly, Unattended Train Operation (UTO) in the highest automation grade GoA4 does not require any operator to be on the train as everything works automatically.

An obvious concern with automated trains is their safety, both regarding the train itself and the potential damage a train can inflict on its environment when out of control. Every contemporary ATO system therefore comes in combination with Automatic Train Protection (ATP) which is the safety function preventing a train from running faster or farther than authorised. ATP supervises ATO in the same way as it would supervise manual driving by a train driver, with safe brake applications if trains run too fast or do not slow down enough to stop where they are supposed to.

Now that ATO and the benefits of train automation are clearer, it is understandable that railways in Australia consider ATO as their next generation of signalling technology in order to improve the efficiency and performance of their infrastructure. Sydney leads the way by planning not just one but two separate rail systems with automated trains. The new Sydney Metro which will operate on its first section between Cudgegong Road and Chatswood by mid-2019 boasts unattended train operation in GoA4. Surely there will be crowds at the front of the train where people can freely see the track where the views are usually blocked off by the back wall of the driver cab.

The existing suburban railway in Sydney, too, will introduce ATO as part of the Digital Systems project. This will be a GoA2 application with drivers which is more suitable for an ‘open’ unconfined operation. Initial applications will be on the two end sections of the Illawarra line between Bondi Junction and Cronulla, while further rollout on priority corridors will be done as part of the wider ‘More Trains, More Services’ initiative.

In Melbourne, trains will run automatically between Watergardens on the Sunbury line and Dandenong via the new Metro Tunnel underneath the city centre. A first trial is planned on the outer end of the South Morang line which itself is a suitable candidate for automatic operation in the future. As for the suburban network in Sydney, drivers will be retained to operate the trains outside the automated areas and to deal with the eventualities of abnormal operational conditions.

Brisbane will have platform screen doors in all stations of the Cross River Rail. A new signalling system with ATO was earmarked to interface with those platform screen doors, but alternative options are still being considered as the business case for ATO seems less compelling than in the other cities.

Perth, too, has been planning its next generation of signalling and control systems with ATO. Their Automatic Train Control project has been included in the state government’s METRONET transport programme and is currently seeking funding for the first rollout stages.

Western Australia has another railway which is in fact the country’s first to operate automatic trains. Rio Tinto’s AutoHaul project has achieved the seemingly impossible – building a compelling safety case for driverless operation of heavy haul iron ore freight trains in unsupervised open territory across the Pilbara region. After only a few months since their first fully driverless train run, most of their trains operate driverless and this technology step change will help them greatly in progressing their ‘Mine of the Future’ initiative.

Looking into the future, Automatic Train Operation is there to stay. Positive operational experience will undoubtedly lead to more applications. For the mining operations in the Pilbara, for example, it might not take long until BHP will strive for automatic trains, expanding the functionality of their currently introduced new signalling technology. The signalling system of the Roy Hill mining railway is based on the same technology platform as Rio Tinto’s AutoHaul, allowing them to migrate to driverless operation once required.

Sydney Metro will continue its journey of unattended train operations. A major challenge for the second stage from Chatswood via the city to Bankstown will be to quarantine the existing railway line between Sydenham and Bankstown for safe operation of driverless trains. The other lines currently planned, Sydney Metro West to Parramatta and Sydney Metro Western Sydney Airport are newly-built lines which will be easier to quarantine against external interference with unattended train operation.

There is potential for driverless or unattended train services in other cities, but that would require captive rail systems as previously described. The proposed suburban rail loop around Melbourne could be a candidate for future driverless operation, or the Stirling-Murdoch Orbital Railway outlined in the long-term public transport plan for Perth. In the meantime, Melbourne, Perth and eventually Brisbane are set to gradually migrate to automatic trains with driver supervision.

Automatic Train Operation has the potential for significant optimisation of railway transport. Its ongoing application will keep the city railways in Australia at eye level with international role models for railway productivity, and the Australian mining railways at the forefront of high-performance pit-to-port transport. There is further potential in integrating automated train services with other automated transport modes to optimise the end-to-end transport of passengers and goods – the holy grail of transportation. An example already in proven service are the driverless haul trucks in several Pilbara iron ore mines which carry raw material to automated processing plants. A vision for passenger traffic is the integration of driverless road vehicles with public transport, providing last-mile services to and from transport hubs.

The future of automatic trains is Australia has barely begun, but what a promising future it is.

‘Doc Frank’ as he is widely known in the railway industry, is one of Australia’s leading strategists and thought leaders for high performance signalling technologies. He has advised railway organisations in Sydney, Melbourne, Brisbane, Perth and overseas on the modernisation of their signalling systems, including the introduction of Automatic Train Operation, for increased capacity and enhanced operational reliability. His topical training courses for rail professionals with or without prior signalling knowledge have been game-changing in that they open the understanding of modern signalling fundamentals to everyone in the railway industry, not just the signalling specialists.