Imagining the cities of the future 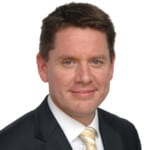 With rapid technological development impacting the way we work, move and connect, it is more important than ever to assess our priorities and approaches to planning for the cities of tomorrow. Infrastructure spoke to Stephen Yarwood, urban futurist and former Lord Mayor of Adelaide, about some of the biggest issues that come with planning our future cities – particularly when we’re planning for a future we cannot fully predict.

While many conversations around smart cities focus on advancements in information, communications and Internet of Things (IoT) technology, Mr Yarwood argues the most critical thing is to adopt a ‘bottom-up’ approach that puts citizens first.

However, Mr Yarwood stressed that cities are all about people, so any approach to designing a smart city must prioritise their needs.

“Rather than designing cities and expecting people to live in them, we need to make sure that we understand what people want, and enable the citizens of the future to achieve what they want to, and what they need to, to be good citizens for today and tomorrow,” he said.

Mr Yarwood said this type of citizen-led approach in particularly important for one simple reason: although smart cities are still on the horizon, the smart citizen is already here.

By utilising the new technology already available to us, in the form or smartphones, home assistants and the like, the smart citizen is already driving change in our cities today.

“Most people may well have used their phone apps to jump on a plane, check in at the airport, get an Uber, find a hotel, book a hotel and check-in online,” Mr Yarwood said.

“Citizens are also wearing smart devices, and they’ve got smart technology in their homes.”

Mr Yarwood emphasised the importance of working with existing infrastructure that citizens are already used to.

“We need to understand the opportunities that infrastructure provides within cities for us, rather than re-engineering them and then telling people that they need to use our technology, our rules and our apps to run cities.

“We can’t expect people to do what we want them to do. We have to understand how people want to do things, and then enable them to do them.”

The role of AI in the city of the future

Mr Yarwood also believes artificial intelligence will play a crucial role in the cities of the future. “It’s the next climate change,” Mr Yarwood said. “AI will bring a tsunami of change to our cities.”

And yet for him, it is essential not to get bogged down by the intimidating unpredictability of new technology. Instead, the key to planning for an AI-integrated future is to admit we do not know everything, and be flexible to change.

Whatever form AI eventually takes, Mr Yarwood believes it will mark a global tipping point, a fundamental change to the way humanity operates.

“AI will reconnect people in different ways, it’s going to reorganise our day, our week, our lives. It will affect what resources we use, where we go, how we get there, what we do, what jobs are going to be involved and how that’s going to influence land uses.”

There is even potential for AI to change us on the level of relationships and lifestyle, rearranging our priorities about children and even our health profiles. “I think it might be the end of obesity,” he said. “We might be able to finally tackle diabetes.”

Mr Yarwood even anticipates the level of human intelligence will change dramatically over the next 20 or 30 years, as the connection between mind and machine – or as Mr Yarwood describes it, “between a person and their own AI minder” – becomes more intricate.

“It will quite literally mean that humans will have, via an implanted headphone in their ear, a voice that will tell them what to do, when to do it, and how to do it, which is connected to a Bluetooth so that when your phone rings you can directly connect, or have Google or Siri talk to you.”

This might sound intimidating, but realistically, an unknown future is no scarier than contemporary realities. “Right now, polar ice caps are melting. Most of our clothes are made by people in Bangladesh earning less than $2 a day,” he noted. “Change is inevitable.”

But when there’s so much change coming, and it is really hard to even visualise what it will look like, how do our planners actually plan for this future?

For Mr Yarwood, the answer is adaptability – being open and willing to change, and having flexibility to incorporate change into the planning process so that it does not become static.

“It’s a continually evolving, flexible experience that is a constant iteration of plan, review, revise,” he said.

How will the share economy shape our future cities?

Another emerging aspect of our future cities is the idea of the share economy, typified by apps such as Uber and Airbnb. These apps are changing the way people – particularly city-dwellers – use resources.

So emphatic is Mr Yarwood about the importance of the share economy, he believes it will prove to be a thorn in Mark Zuckerberg’s side. “One of the biggest mistakes Facebook has made is to miss the share economy opportunity,” he said.

For him, the thing that makes this model so significant is the sheer number and range of opportunities it poses for the cities of the future.

While at first the concept of resource-sharing might seem foreign or intimidating, with some assurance of trustworthiness, people become more willing to share. In this way, Mr Yarwood believes the share economy and social media will be increasingly aligned to systems by which people are scored for their behaviour and connections, just as customers in Uber and Airbnb are scored.

It is not a stretch, then, for people to be scored on social interactions; for example, how they conduct themselves in meetings.

“We’re all going to be rated on an algorithm that actually assesses whether we’re a trustworthy person, and this will rely somewhat on how well connected we are,” said Mr Yarwood.

And the reality is, the share economy has endless applications. It’s about maximising our resources and connectivity to ensure that cars are always full of people heading in the same direction, rather than having individuals travelling in separate cars. To ensure that spare rooms in homes are used as accommodation, as office space, for storage, as an artist’s studio or any other possibility.

What is the self-organising future?

To Mr Yarwood, the ultimate culmination of all things smart cities will be represented in what he describes as the self-organising future, where the tools and technologies we have at our disposal are able to organise an increasing amount of our everyday lives.

Mr Yarwood even anticipates a possible move away from the current structure of local, state and federal government, with a focus instead on self-organising communities.

“We are going to be using complex mathematical algorithms to self-organise our futures in a way that means that we won’t actually have to necessarily deal with governments,” he said.

Just as transactions need not continue on a national scale, neither will they be tethered to geography.

“You will be able to buy and sell in resources either to your next door neighbour, your family, your friends, or people across the other side of the planet.”

“Cities will become microorganisms of self-organising cells that will be much more resilient than ever before,” he said.

Stephen Yarwood is an international expert on the future citizen and the relationships between people, technology, infrastructure, society, cities and quality urbanism. A speaker at Smart Cities 2019, he will speak about the need for smart cities to have smart citizens.