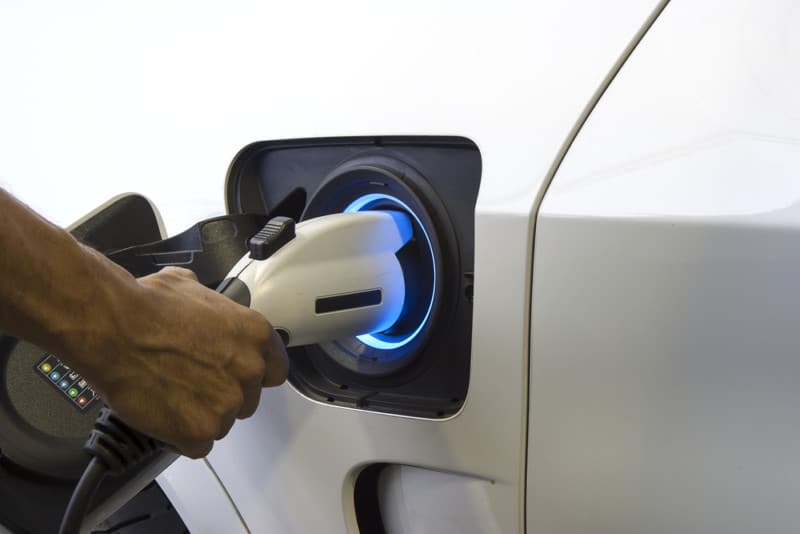 Labor’s strategy would include:

This government fleet target would send a strong signal to the global industry of the expectation that cost competitive vehicles to be available for the Australian market. Government electric vehicle fleets would also be important in developing a second hand market.

Labor would work towards requiring all Commonwealth‑owned-and-leased office buildings to include the provision of charging infrastructure where appropriate.

This would allow businesses to immediately deduct 20 per cent depreciation for EV vehicles valued at more than $20,000 as part of private fleets.

As part of a focus on cleaner and cheaper transportation, Labor would also work with industry to introduce vehicle emissions standards, to save Australian motorists hundreds of dollars each year at the bowser while driving down pollution on roads.

Australia is now one of the only developed nations without vehicle emissions standards in place. As a result, motorists will pay as much as $500 each year more at the bowser than they should be, as well as seeing on-road pollution rise.

Labor would consult on the timeline and coverage of vehicle emission standards to ensure consumers are made significantly better off, and aim to phase-in standards of 105g CO2/km for light vehicles, which is consistent with Climate Change Authority advice.

These standards would bring Australia’s cars into line with those in the US but would not be as stringent as those operating in the EU.

A Bioenergy Strategy would see more clean fuels on Australian roads and more jobs on the regions. These policies would be complemented by the already announced Hydrogen Plan.

Labor also has an electric vehicle innovation and manufacturing strategy and would work with industry to create new job opportunities with the transition.

Mr Shorten said the plan is aimed at delivering stability and certainty on climate change policy, a reduction in pollution, investment in renewable energy.

The policy – which aims to build on the local industry, generate more local jobs, and help consumers make the switch to EVs – is part of Labor’s Climate Change Action Plan.

Mr Shorten said that action on climate change must include a plan to reduce pollution in the transport sector while saving money for motorists.

Transport emissions make up almost 20 per cent of Australia’s emissions and are a fast growing source of pollution.

Mr Shorten said that cleaner cars and transport are not only good for the environment, they are cheaper to run.

Labor’s policy comes in response to Australia lagging behind its competitor countries in electric vehicle uptake and vehicle fuel efficiency.

Australia has ten times lower electric vehicle take-up than the global average, and Mr Shorten said it was at risk of being left behind.

The Australian Logistics Council (ALC) said the Opposition’s commitment to work with industry must build on the enthusiasm of many in the freight logistics sector to develop cleaner transport solutions.

ALC CEO, Kirk Coningham, said the freight logistics industry has been among the most enthusiastic proponents of the potential of electric vehicles (EVs) to improve the environment while also providing operational and cost advantages for freight logistics businesses.

“The policy announced by the Federal Opposition today contains a number of measures that can help make that potential a reality, provided that governments work closely with industry in helping deliver the right reforms,” Mr Coningham said.

“ALC is particularly encouraged by Labor’s plan to boost EV charging capacity in the national road network. Overcoming ‘range anxiety’ is an essential part of delivering swifter EV uptake by freight logistics operators, and the commitment to work with COAG to promote national consistency in charging infrastructure is most welcome.”

The ALC also welcomed the aspects of the policy designed to encourage investment in EV technology, especially the commitment to cost deduction and the intention to use the Australian Investment Guarantee to incentivise the upgrade of heavy vehicles to incorporate modern emissions reduction technology.

Mr Coningham said that the commitment to develop a Low Emission Transport Strategy was a responsible one that would help ensure that all modes of transport are making a contribution to emissions reduction.

However, he warned industry must be a key partner in the development of that strategy.

“ALC further notes the Opposition’s commitment to introduce vehicle emissions standards, in line with those that currently operate in the United States. This is a significant proposal – and one that must be worked through carefully with industry if it is to succeed,” Mr Coningham said.

“Industry is willing to play its part in delivering better environmental outcomes for the community, and ALC would look to work with any future Labor government to ensure that such standards are introduced in an equitable fashion that does not impose an unsustainable financial burden on freight logistics operators,” Mr Coningham said.

Roads Australia (RA) has also welcomed the policy announcement, saying it supports increasing Australia’s uptake of low emission vehicles and looks forward to working with all key stakeholders to make it happen.

Roads Australia President, David Stuart-Watt, said that the Federal Opposition’s national electric vehicle target of 50 per cent of all new car sales by 2030 is ambitious but achievable.

However, he warned that EV uptake must happen in tandem with ‘root and branch’ reform of road funding.

“EV technology is evolving quickly, and in a supportive political environment there is no reason why we cannot reach this goal,” Mr Stuart-Watt said.

“The big upside, of course, will be a significant reduction in vehicle emissions. But on the downside, government fuel excise revenue will take a massive hit.”

Mr Stuart-Watt said excise revenues had already fallen by an estimated 23 per cent over the past 15 years as a proportion of vehicle kilometres travelled.

“There are a number of factors behind this, not the least being the improved fuel efficiency of the Australian fleet,” he said.

“However, with a future light vehicle fleet made up of even more low and zero-emissions vehicles, the funding base for maintaining our transport network will continue to shrink unless urgent action is taken.”

Quoting from Roads Australia’s recently released 2019 Policy Report, Mr Stuart-Watt said it was ‘highly likely’ that fuel excise would need to be replaced in Australia within the next ten years.

“A change so significant will require a bipartisan approach across government and involve input from industry, the community and road users,” he said.

“We need to see the Commonwealth, in particular, show leadership on road funding reform to ensure we have the infrastructure in place to support the variety of low emission vehicles now available around the world.”