The Port of Townsville has awarded a multi-million-dollar rock supply contract for its channel upgrade project.

The material supplied by Holcim will form a major component of the total rock supply required to construct the wall that will protect a 62 hectare Reclamation Area.

More than 600,000 tonnes of core and armour rock will be required over the next twelve months for the construction of the rock wall.

Holcim will play a significant role in that total delivery, with other suppliers to be announced in the near future.

The $193 million Channel Upgrade has taken more than ten years in planning, including Federal and State Government environmental approvals.

It represents the biggest investment project in the port’s history and involves widening of the shipping channel to accommodate ships of up to 300m in length. Due to the narrowness of the channel, only ships of up to 238m can currently access the Port.

The Queensland and Federal Governments have each committed $75 million for the project, with the Port of Townsville contributing $43 million.

Port of Townsville CEO, Ranee Crosby, said, “Local benefit is an important consideration in the awarding of contracts for the Channel Upgrade, and Holcim’s involvement will deliver that.”

Holcim General Manager – Queensland Aggregates, Peter Ambrose, said that the company has the experience needed for a major project.

“Holcim is pleased to be awarded one of the rock supply contracts for the Port of Townsville’s Channel Upgrade project and continue our proud history of supplying high quality rock for vital marine infrastructure projects,” Mr Ambrose said.

“To meet the demands of this project, our local Roseneath quarry will grow by up to eight new team members and additional local suppliers and service companies will be engaged.’’

Holcim’s trucking program will follow a Department of Transport and Main Roads approved route along the Flinders Highway and then onto the Port Access Road.

Ms Crosby said that there would be a phased start to rock haulage that will occur between 6am and 6pm, Monday to Saturday.

“We’re restricting movements to daylight hours to minimise any impact on residents,’’ she said.

“The Channel Upgrade is a vital project for the economic future of not only Townsville, but North Queensland as a whole,” Ms Crosby said. 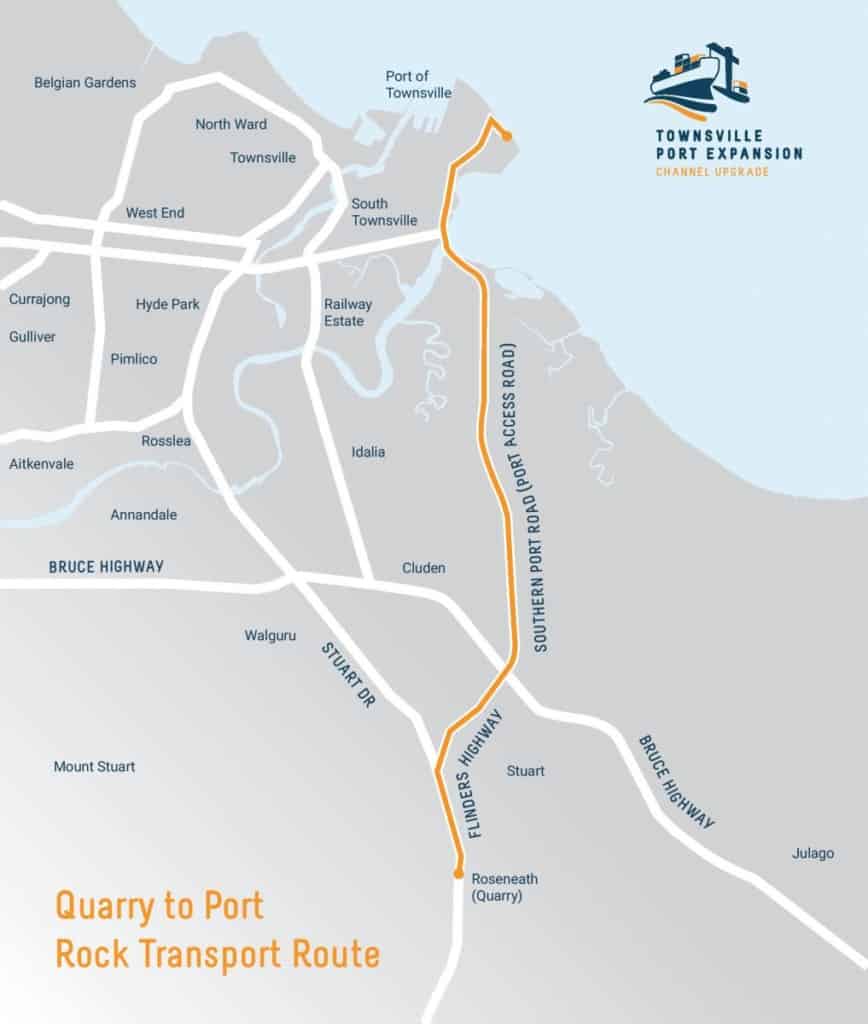